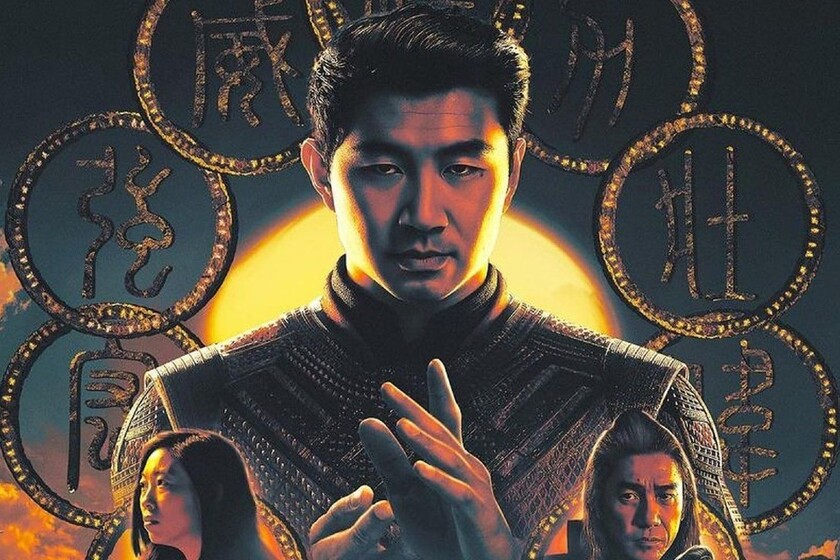 The new Marvel movie is a complete set in many respects. It not only raises a setting and a genre hitherto unpublished in the MCU, but it inaugurates Phase Four after that experiment of adventures-new-for-an-old-character that was’Black widow‘. But without a doubt, the most interesting thing is that opens a way for the way to visualize the action in the superhero cinema in which Marvel itself had stagnated.

No wonder: almost in the twilight of Phase 1, the success of ‘Avengers’ showed a new way of shooting superhero action that distanced itself from everything seen up to that moment, exemplified in that mythical battle of New York so influential that it is still imitated today. From there, a series of visual constants (editing at the limit of comprehension, ostentatious camera movements supported by digital effects, rhythm that reinforces the powers and characteristics of heroes and villains …) have been repeated without rest.

This repetition has been adapted to the characteristics of the different Marvel characters, of course. In fact, it was the “minor” films of the MCU that dared to innovate and distance themselves from the canon of the ‘Avengers’: the mystical choreographies (and with oriental airs, which makes it a peculiar precedent of ‘Shang-Chi’) of ‘Doctor Strange‘, the games with the size changes of the’Ant-Man‘, the drier and more realistic action of’ Winter Soldier ‘due to its connection to the cinema of conspiracies and spies of the seventies …

But in general terms, and assuming different degrees of humor, for example, it is difficult to distinguish an action sequence from an Avengers movie and from a Guardians of the Galaxy movie. That’s the Marvel way of shooting action, effective and influential but what, a decade later, he shows signs of exhaustion, as shown by the latest solo hero movies of the house, like ‘Black Widow’ or ‘Captain Marvel‘, or Marvel’s own television series, where the action is by far the least relevant or memorable of the set.

That does not mean that ‘Shang-Chi’ is going to revolutionize the way Marvel has to shoot the action. First, because the theme of the film makes the more or less realistic kung fu choreographies especially suitable, more or less fantastic, which would not fit in a future ‘Captain America 4’, for example. Second, because Although he drinks from oriental cinema and the influence of the classics of the genre is very clear, Shang-Chi still has a long way to go to match Asian action cinema.

In fact, to understand this point you just have to look at the US billboard itself, a film of Hong Kong nationality recently released and directed by Benny Chan, responsible for some of the best Jackie Chan films of this century and successes of the genre such as ‘Divergence’, ‘Point of impact’ or ‘City Under Siege’. Is about ‘Raging Fire ‘, a spectacular urban action piece starring Donnie Yen and Nicholas Tse and that, with much more modest means, exposes all the action sequences of ‘Shang Chi’.


It is true that ‘Shang-Chi’ has multiple fights, more than usual, and they are choreographed in the Hong Kong style by, among others, Andy Cheng and the recently deceased Bradley Allan (both close associates of Jackie Chan, whose style is perfectly evident in the famous bus fight). However, the editing by Elísabet Ronaldsdóttir, Nat Sanders and
Harry Yoon, clearly unaccustomed to the Hong Kong style of montage (clear, open and with plane cuts that function as full stops, not exclamation points), americanizan the action.

In its second half, ‘Shang-Chi’ takes a turn for a more fanciful and epic plot, with Chinese fantasy creatures and armies facing the traditional style. It’s clearly a nod to very important Chinese market. The climax, in fact, is a lag of CGI effects that we will not go into here that clearly connects, more than with the classic fantasy and adventure cinema of Hong Kong, with the latest Chinese super-cutter productions, brimming with variegated digital effects until the end. point of horror void. Whether Marvel will be able to rub shoulders with China on its own ground thanks to that climax remains to be seen, but if it succeeds it may open new avenues for superhero cinema in particular and mainstream usually.

‘Shang-Chi’: a step in the right direction

Phase 4 opens a transitional stage in Marvel, when it is not even clear what will be the global event that will spread throughout the next phases, appropriate for experimenting with new tones, styles and characters. ‘Shang-Chi’, which if it responds at the box office is guaranteed continuity in the MCU, is a perfect example. Although it is a powerful adventure film, fans of the action more hardcore they will prefer a more orientalized approach to fighting. But as a first step in recognizing that there are other visual worlds when it comes to shooting action, it is enough.

Because otherwise, ‘Shang-Chi’ is one hundred percent cinematic Marvel. Many winks and crossovers with other MCU films, drops of humor (especially successful is the relationship between the protagonists, Simu Liu and Awkwafina), charismatic secondary (one of them from one of the most unfairly maligned films of the house) and a somewhat mammoth script that, as always, could use half an hour of scissors. Guaranteed show for a movie that can sow interesting seeds for the future of Marvel action.