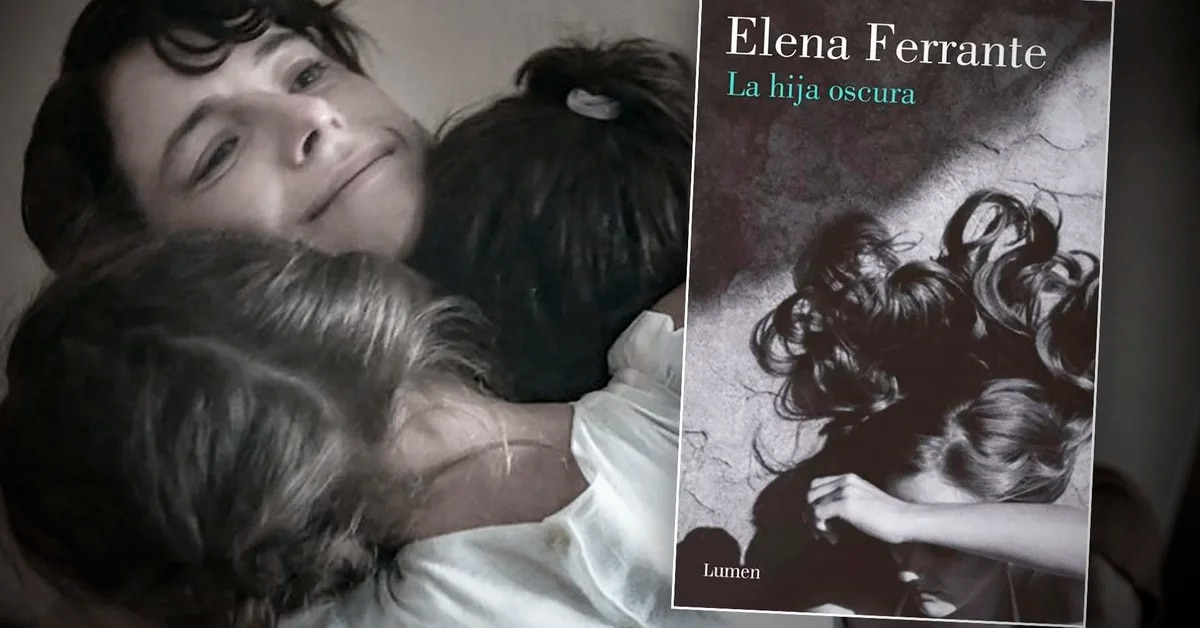 With resources such as the recurrent and metaphorical taking of a peeled orange in the form of a serpentine, brief dialogues copied from the novel to preserve its potential but also with certain freedoms regarding the printed letter to guarantee audiovisual tension, the dark daughter (The Lost Daughter), the directorial debut of the actress Maggie Gyllenhaal, is an adaptation to the big screen of one of the novels of the mysterious writer Elena Ferrante, and became one of the most viewed on Netflix by dint of algorithm and word of mouth recommendations.

the dark daughter recreates a woman’s journey to a beach in Greece (Italy in the novel), where her encounter with a young mother triggers memories and feelings of her years caring for her two little daughters and the drastic decision to abandon them; lives the summer present marked by the pains and uncertainties of the past.

The dark daughter, the original title in Italian, is the third novel in the series of texts reissued in 2011 as chronicles of heartbreak Y Gyllenhaal was not only approved by Ferrante to undertake the film adaptation but also received some indications and requests from the author.

The contact between the two was by email and the author insisted that the actress not only direct the film but also take risks and put her stamp on the original material. He also clarified that this proposal would never have been made to a male director.

“The contract stipulated that I had to be the director or the contract would be null. That gesture touched me a lot and I suggested that he read the script once it was finished,” he said. Gyllenhaal at the film’s launch press conference about how the adaptation process went.

A scene from the film “The Dark Daughter”, an adaptation of the homonymous novel by Elena Ferrante (Photo: Yannis Drakoulidis/ Netflix, 2021)

After reading the script Ferrante –author of the wonderful friend, a bad name, The debts of the body Y the lost girl–He replied with few comments and with a symbolic gesture of support: his approval for the film to modify details of the end of the story.

Beyond the correspondences between the original text and the film, there is harmony between the two formats. The two versions show the chiaroscuros of motherhood, the arduous and non-transferable nature of care work in the early years of childhood and the problematization of desire and the professional life of mothers.

“How stupid to think that one can confess to one’s children before they are at least fifty years old. Pretend to be seen by them as a person and not as a function. To say: I am your story, you came out of me, listen to me because it could help you”, assumes the protagonist in the novel by Ferrante and calls herself “a denatured mother.”

“I read the novel many years ago. And the first feeling was that the protagonist was really screwed. But then I realized that I felt identified. So, was it me who was screwed or was there perhaps an experience that many readers could share? An experience that almost no one talks about: the female experience in the world, a hidden truth about which it should be possible to speak out loud. Gyllenhaal about what seduced her from the text.

It was, more precisely, the days in which the mother decides to abandon her daughters that she was challenged to think about an adaptation to the cinema. “I was like someone who is conquering his existence and feels a lot of things at the same time, among them an unbearable emptiness. I realized that I was not capable of creating anything of my own that could be compared to them”, maintains the protagonist of the dark daughter.

“It is a story about many of those things about which we women have collectively decided to remain silent,” she reflected. Gyllenhaal about that piece of history. She also said that the possibility of filming the film generated a very specific illusion in her: to get out of the solitary experience of reading and take it to the big screen in order to expose the subject to family discussion, among friends or in the framework of the partner.

Jessie Buckley in a scene from “The Dark Daughter”

The attitude that Ferrante assumed against the adaptation of Gyllenhaal It has a correlation with what it maintains about the role of women in the different disciplines. In an article he wrote for The New York Times in 2020, the author highlighted the importance of women giving voice to their stories: “We women have been pushed into the background, into submission, even when it comes to our literary work. The female story, told more and more skillfully, more and more extensively and without complexes, is what power must assume now”.

Perhaps this defense of the role of women in literature and the need for this agenda to be present with its own decision to hide behind a pseudonym is paradoxical. Ferrante, on the other hand, believes that it is precisely this distancing that allows him to sustain the idea of ​​authorship and the value of the work over that of the whims of the publishing industry.

The crusher, a book published in 2018, compiles the interviews he gave Ferrante in recent years and several of the emails he has sent to his editors. In interviews, the theme of identity is always present. The author argues that at first it was mere shyness, but after the success of her texts she decided that they should speak for themselves and not be contaminated by the presence of the author. He alludes to his desire for intangibility, criticizes the media and publishers for their eagerness to pretend that the author becomes a commodity and attacks those mediocre books by authors who, because they are famous, deserve more attention than the quality books of those that they don’t have it.

In one of the articles, “Women Who Write”, Ferrante expresses: “In the imaginary, the value of traveling the world fighting with words and actions continues to be a matter of male intellectuals. Due to a series of conditioned reflections of culture, women continue to be assigned the balcony from which they contemplate life as it passes and then recount it with unfailingly tremulous words”.

“Reading and writing has always been a way to appease me”, confesses the protagonist of the dark daughter, on a line that may well be the point of confluence with Ferrante, Gyllenhaal and the reader-spectator of this story.

Incomplete mothers, “traitorous” mothers: what to see and what to read after the success of “The Dark Daughter”
Missing feminist: a dark daughter, an abandoned mother and the art of telling what we keep quiet
“The dark daughter”: the jewel of the cinema not to be missed at the beginning of the year
Interview with Elena Ferrante, the great mystery of today’s literature: “Frequently men, even highly cultured ones, don’t even try to read our books”