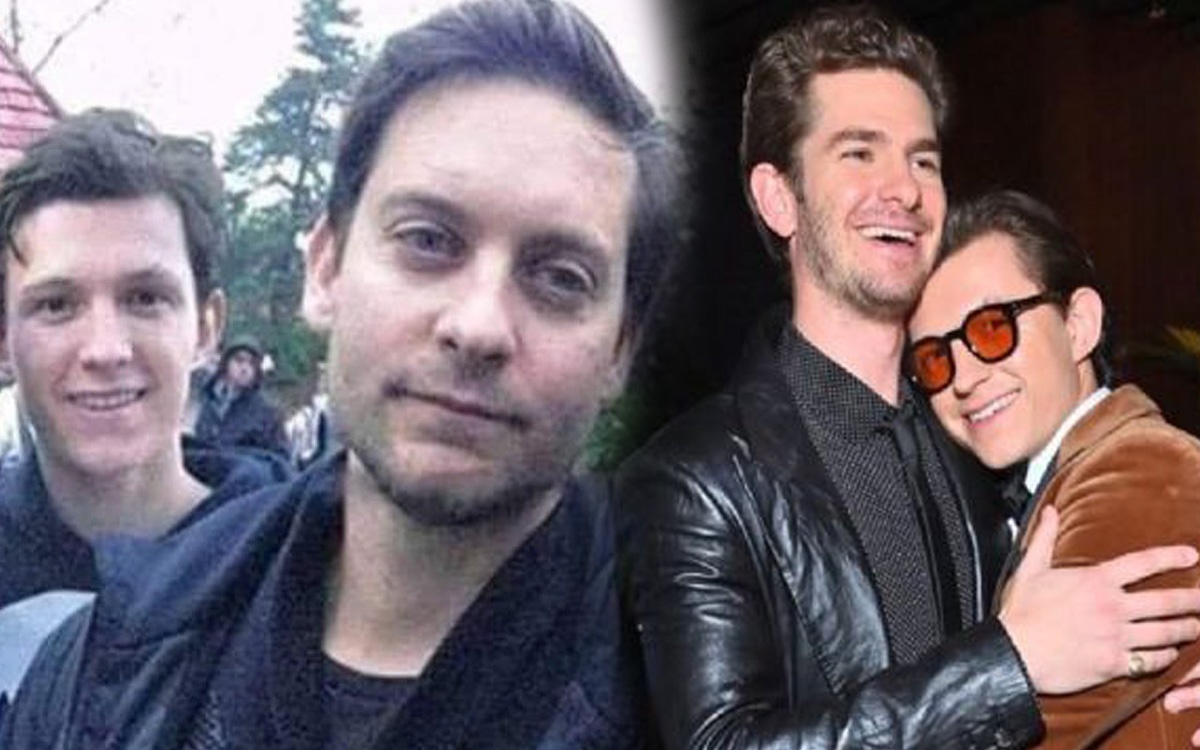 
There are only a few days until Spider-Man: No Way Home arrive at all cinemas of the world, where we all continue with the same question: Will Andrew Garfield and Tobey Maguire appear? Tom Holland, ‘expert in giving spoilers’ would have revealed an interesting and curious fact, as it revealed that it has a secret group with the other Spider-Man.

There have been different leaks where it has been seen that Andrew Garfield and Tobey Maguire will be in Spider-Man: No Way Home, and not only him, but even Daredevil would be in the film, so it paints to be something epic inside Marvel.

Speaking in an interview with BBC Radio, Tom Holland revealed that it is in constant communication with Andrew Garfield and Tobey Maguire, since he managed to get the number of both and created a WhatsApp group, where he did not give details of what they speak but did mention that he is the most active in the chat.

“I don’t know how I did it, but One day I saw Tobey in a Japanese restaurant and asked him for his number. Out of nowhere we already had a chat created that is rarely answered. I say, ‘How is Spider-Man? Here baby Spider-Man! ‘Tom Holland said with a laugh.

Similarly Tom Holland revealed how it was that got Andrew Garfield’s number, since apparently he saw him at a party and came to greet him; instants later they seemed like friends, so she decided to be more in contact with him.

“I didn’t know Andrew that well, but I saw him at that party. And I said I had to go say hi to him We have shared something that very few people have done: be Spider-Man. We go out to another party and in fact I ran into Tobey just 20 minutes after talking to Andrew. In recent years, we’ve gotten a little closer”, He confessed.

Spider-Man: No Way Home premieres on December 15 (in Mexico) and rumors suggest that the three will appear on the screen, a fact that would take place due to the multiverse, because with the events seen in the Loki series, everything could connect.