The year was 1999 and by then comedies and parodies had gained ground in Hollywood: premieres and packed theaters abounded. There is no lack of those who say that there was so much expectation for the arrival of the year 2000, and the crazy premonitions about the end of the world, that the public sought to clear their heads, laugh without having to think too much about the script. Y american pie came to integrate that catalog, being perhaps the most successful.

Over the years, the comedy became one of the sagas par excellence of cinema, declared a phenomenon of pop culture worldwide: nine sequels have already been made. Broadly speaking, it reflects the misadventures of a group of teenagers who put into practice the most hilarious occurrences to lose their virginity. And in the meantime, they make fools of themselves, and lie to each other.

At the end of the day, american pie and the rest are low-budget films -which encouraged their realization-, which ended up opening the doors of fame to unknown actors and actresses. Some took advantage of it, but others were pigeonholed and did not even know how to take advantage of the opportunity, as happened to Sean William Scott. His name will surely go unnoticed for a high percentage, but the same does not happen with his face: whoever sees it will not be able to stop associating it with Steve Steffler, the character he played in one of the highest-grossing films in American cinema. And right there, his joy and his condemnation. 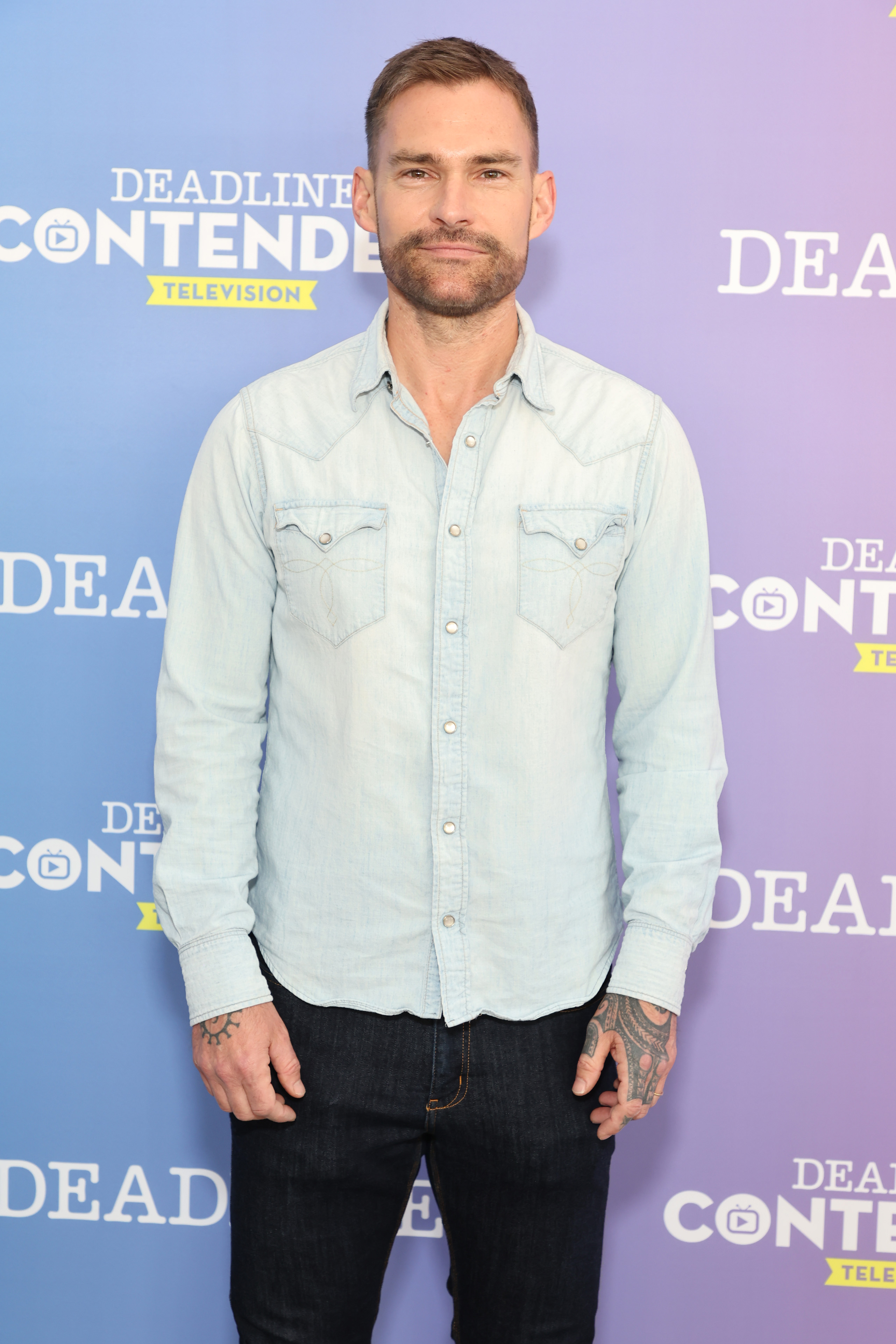 As for Scott’s life before american pie, appears to be that of the average North American. In his childhood he did not have great luxuries, but he once commented that he was happy and enjoyed spending time with his seven brothers. He was born in Minnesota, the son of a housewife, Patriciaand a man who earned his living as a construction worker, William Scott.

Little Seann was growing up, and although acting caught his attention, his first steps were as a writer in The onion, a satirical news organization that within a year of its founding was acquired by his brother. At the same time, he was working at a local movie theater, filling various positions, and had the privilege of seeing all the movies that were released. Amazed, he decided to be part of that world, to appear on the big screen. To achieve this, he began studying drama as soon as he finished school.

His first opportunity was given by the band aerosmith when summoning him for the video clip of the song “Hole in My Soul”. That same year -1997- her long-awaited arrival at the cinema would take place: she played a minor role in Born into Exile. Finally, despite being unknown to the artistic world, fate crossed him with the possibility of joining in a secondary role to american pie: they paid him just eight thousand dollars, a ridiculous figure for a Hollywood film that, in addition, would raise more than 235 million dollars. But back then Seann didn’t care about the money: he just wanted to act.

With the success of the film, Williams’ popularity exploded: his impudence, charisma and performance as an actor took him to the top in the blink of an eye. From being an unknown, he went on to become a world star. The film chronicles spoke of him and several of his companions, auguring them a prominent place in the new Hollywood scene. Everything was glitter and lights. Nothing could go wrong. 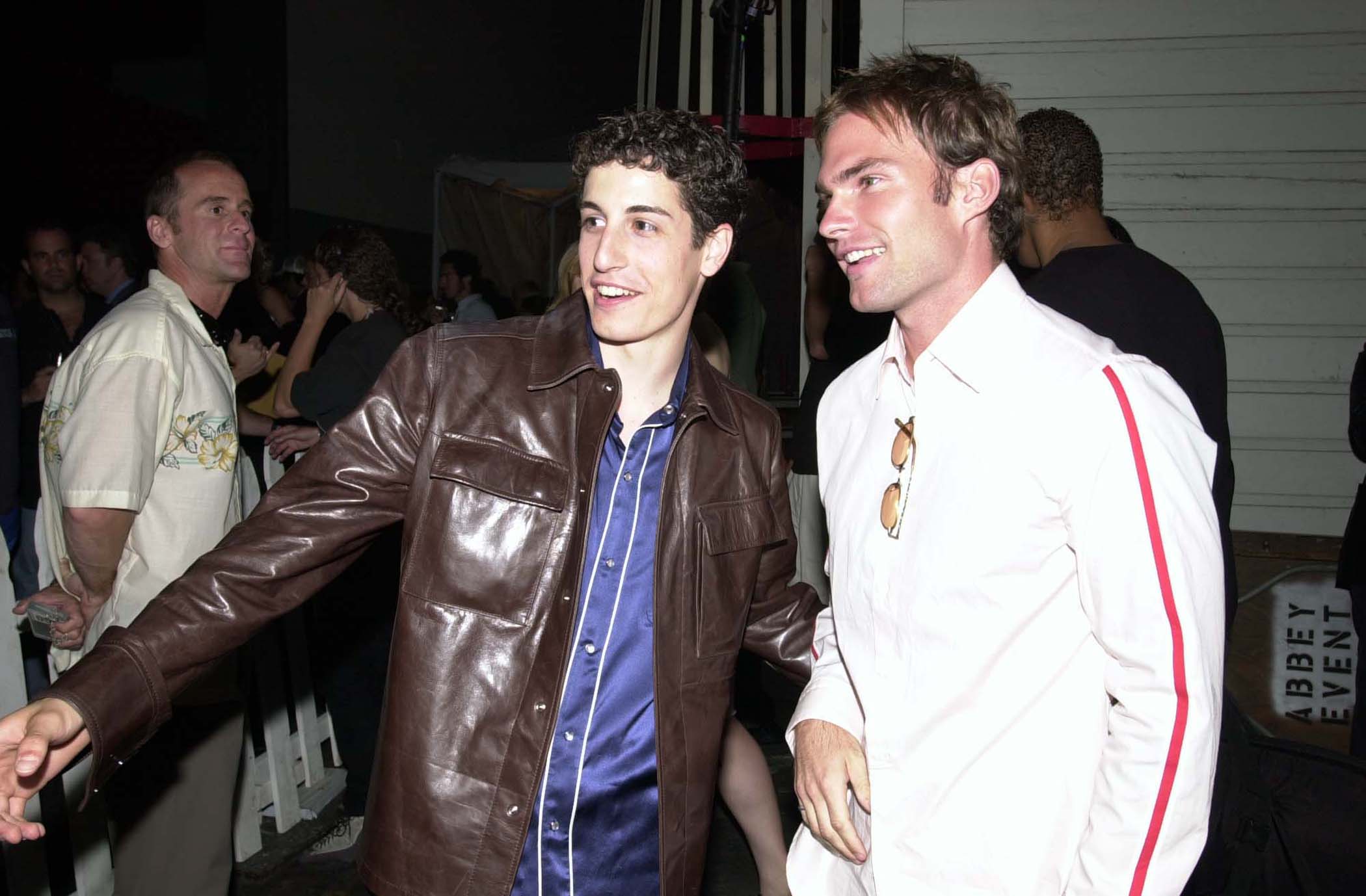 A year later it would be released Final destination and also Censored trip, another comedy similar to the one made by a celebrity. In 2001 she would reach theaters American Pie: Your second time is better, already with William as one of the main figures of the plot. It was one more injection for his ego. But in the middle he began to talk about a pigeonholed actor, who did not know how to perform in another role.

By then no one knew his name, everyone referred to him as Steve Steffler or “like the actor in…”. For this reason Scott tried to broaden his search for new roles. It was not difficult for him, since the scripts rained down on him. All the producers wanted him in their ranks and this allowed him to choose what his next step would be. He began to choose his destiny, but bad decisions brought down what he had built. He tried so much in just five years he made 14 films. The vast majority passed into oblivion very soon.

A moment came when nothing worked and this turned against him. With comedies somehow she came out afloat (he shone in American Pie 3, American Pie: The Reunion Y The dukes of hazzard, among others of the same nature), but when he tried to run away from there, he stumbled again. The worst failure was The monk: 52 million were invested in its production, only 37 million were raised. 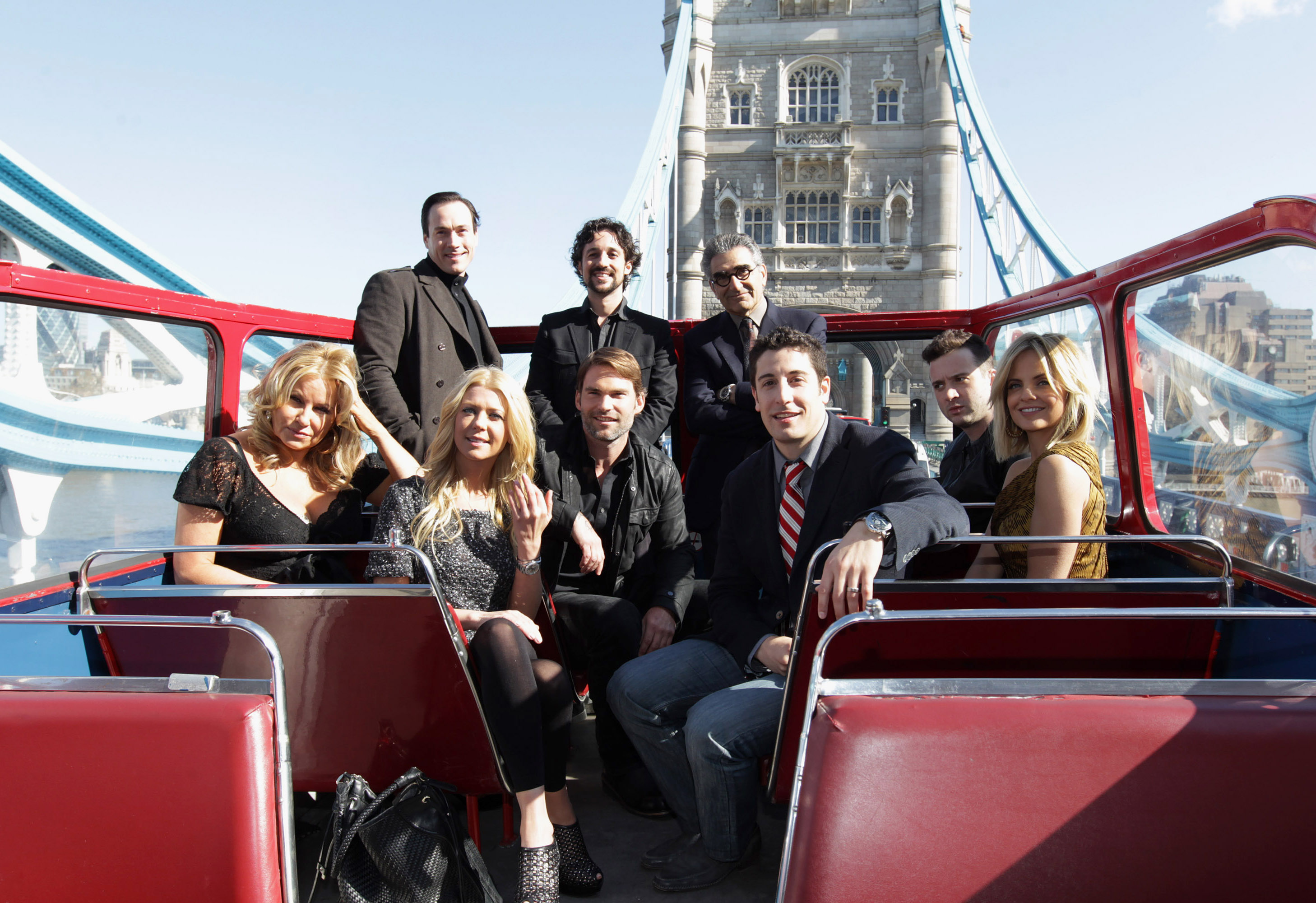 The criticism began to tear good old Seann apart. His light went out, and his career, in full decline, seemed to fall from a ravine. Little by little he began to disappear from the spotlight, even as he continued to work almost breathlessly. He went on to minor projects, independent productions, so that no one would identify him with american pie.

In 2006 he decided to turn around to find refuge from another place: contributing only his voice. Her first participation was in Ice Age 2: The Meltdown. Then it went to science fiction, with the lost hours, and something else here, jackass 3d. She continued to put her voice to the character of Crash in ice age 3: rise of the dinosaurs; he also did it in the fourth and fifth installments. Also, it was heard on planet 51.

However, Seann did not want to give up his image: he did not have to. And although in the cinema she hardly showed her face, she became a model: the career that many actors had in the beginning, as if to make her her first dollars, he discovered her at 40 as a figure of Tommy Hilfiger. She then returned to his comfort zone: comedy, a genre that she once again embraced without caring about criticism or labels.

The last attempt not to take this step was in 2014 when he starred in Before leaving. She didn’t do well and somehow threw in the towel. He understood that in comedy he could shine and, without denying himself, he returned to make laugh all those who do not know his name, but who know that his way of acting is a guarantee of guaranteed laughter. 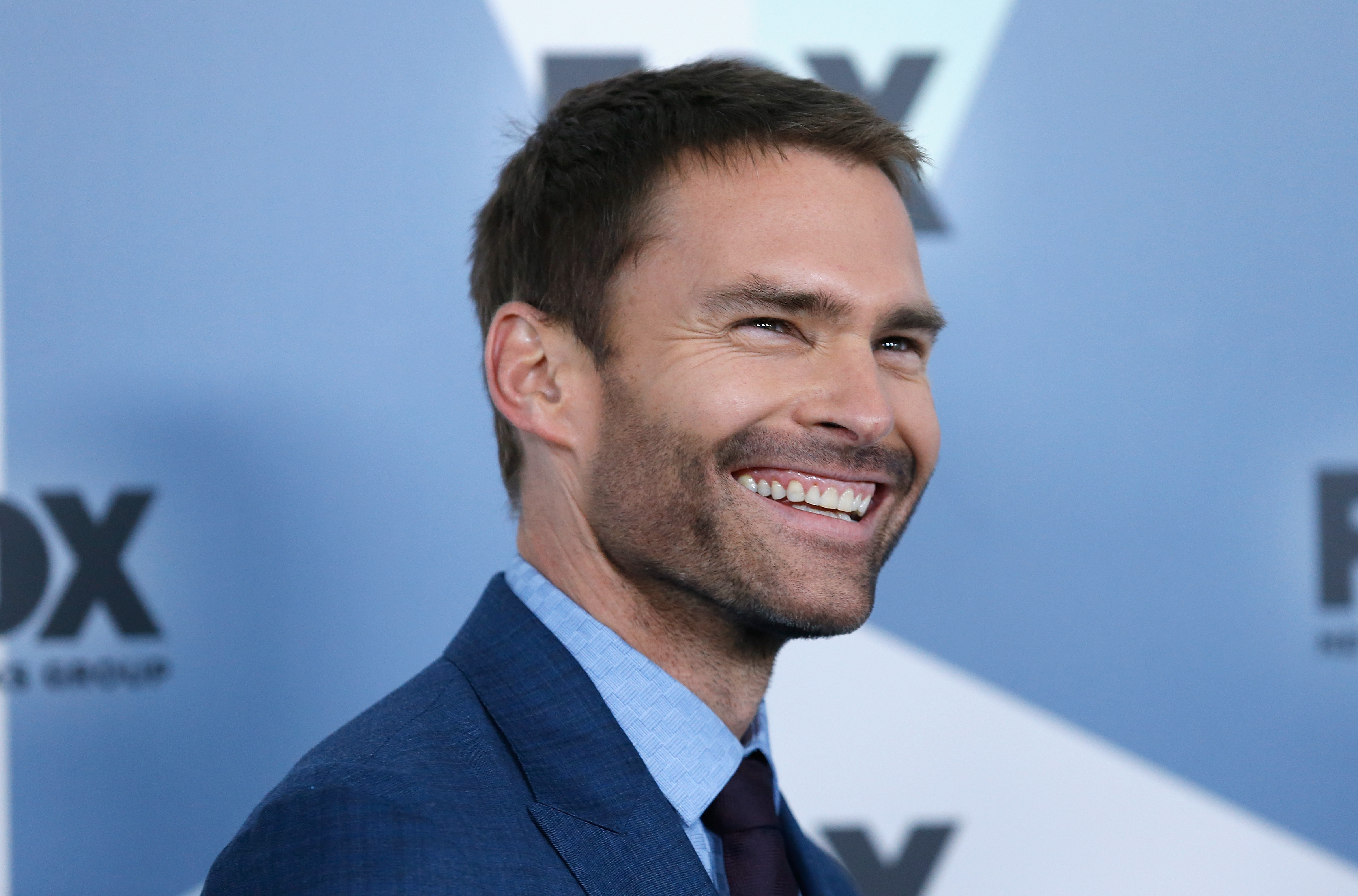 In the midst of all this, there is also the opinion of those colleagues who shared hours of recordings. There is no one who does not speak of the excellent and charming person that he is. Always predisposed, he is the first to animate the endless hours of filming. When the mood is not the best, due to fatigue or whatever, everyone remarks that Scott appears there. Because he not only manages to make us laugh when the director yells “Action!”.

His personal life went without major setbacks – at least in the press – until March 2011, when he spent a month in a rehabilitation center. He never transcended to recover from what; it was only known that it was a center to treat addictions. It was just at the time that he left the cinema to venture into the series.

Today, far from the big screen, he shines on television, doing what he likes best and knows best. A month ago he debuted as one of the leads in the first season of Welcome to Flatch, a comedy that, according to critics, promises. Because at 45, Seann William Scott does not deny. And he learned to accept his place in the world.

Johannes Larcher, director of HBO Max International: “Not all platforms are going to survive, there will be three or four services left”
Hail managed to position itself on Netflix as the third most watched movie in the world

Seann William Scott, the actor who could not detach himself from American Pie and carried the rejection of others as his own cross