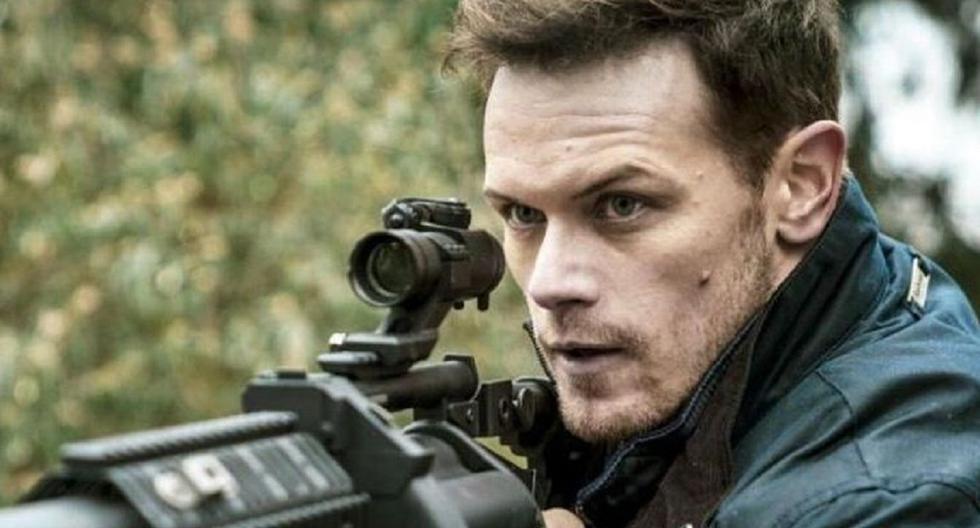 “SAS: Rise of the Black Swan”(“ SAS: Red Notice ”in its original language) originally premiered on March 2, 2021 on Sky Cinema and only hit Netflix on Friday, August 27, but action movie fans are already asking about a sequel to the film based on the novel of the same name by Andy McNab.

MORE INFORMATION: Explained ending of “SAS: The Rise of the Black Swan”

The feature film starring Sam Heughan, Ruby Rose, Andy Serkis, Hannah John-Kamen, Tom Hopper, Noel Clarke, Owain Yeoman, Ray Panthaki, Anne Reid and Tom Wilkinson tells the story of Tom Buckingham, a suspended special forces operator, who will take Dr. Sophie Hart from London to Paris to propose to her. However, his plans will be interrupted by an army of mercenaries, led by Grace Lewis, who hijacks his train while it is en route in the Channel Tunnel.

Criminals threaten to blow up the tunnel and declare economic war on a government that has its fair share of secrets to keep. So Tom is the only hope that Sophie and the hostages on board the train have of getting out alive. So, will there be a sequel to “SAS: Rise of the Black Swan”?

“SAS: THE RISE OF THE BLACK SWAN” WILL HAVE A SECOND PART?

The British action thriller directed by Magnus Martens has an open ending, so Tom Buckingham’s story could continue in a second installment, however, so far neither Sky Cinema ni Netflix They have announced nothing about it.

After defeating the terrorists, including Grace Lewis, Tom marries Sophie, but during the ceremony he receives a call alerting him to the location of the stolen ransom and Declan Smith. Sophie agrees to postpone the honeymoon and Buckingham heads off on a new mission.

This, added to the other two novels that Andy McNab wrote about this character, suggests that Sky Cinema and Netflix I could bet on a trilogy of “SAS: Rise of the Black Swan”. However, Sam Heughan revealed that “nothing is planned yet.”

“This is really just the introduction to Tom and his world. By the end of the movie, Tom obviously realizes, ‘Ah, that’s what it is. That’s why I’m different. ‘ So I think now he has this information, he can be even stronger and even scarier in his own way, “the actor told Digital Spy.

“I know what happens to him. Andy could write more too. Yes, it has some interesting ideas up its sleeve. We have had preliminary talks about it. Hopefully people will love the movie, and we can go on another adventure, ”he added.

WHEN WILL “SAS: THE RISE OF THE BLACK SWAN 2” RELEASE?

“SAS: Rise of the Black Swan 2“It does not yet have a release date, but if it is confirmed in the next few months it could be released at the end of 2022 and later it will be released. Netflix.