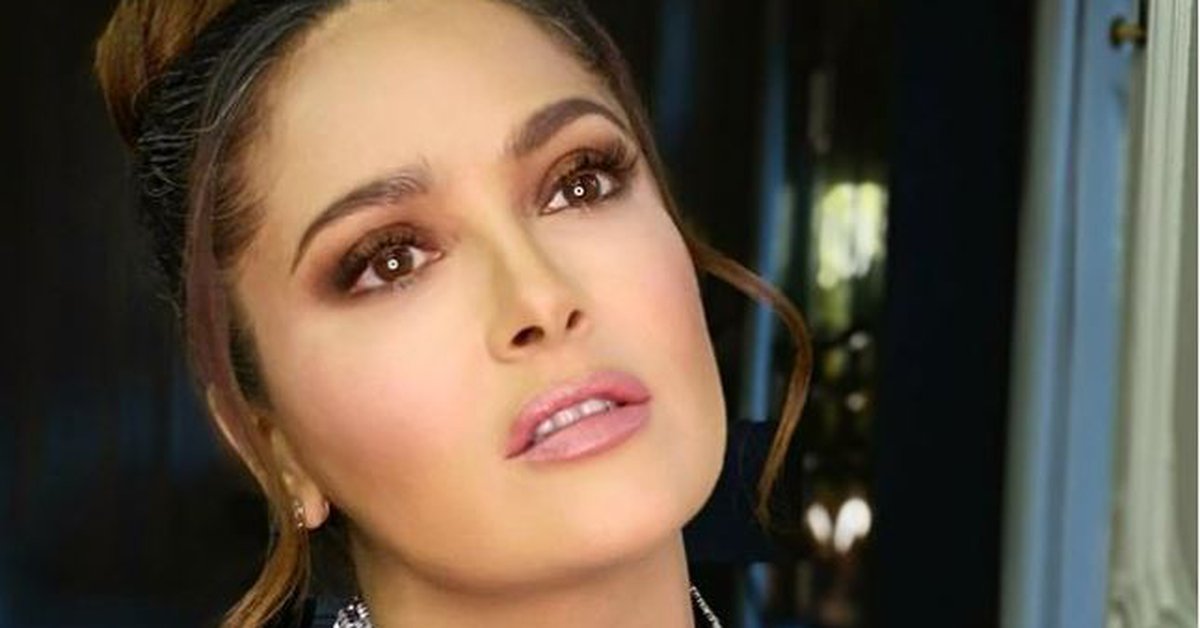 During the Cannes Film Festival from 2021, the Mexican actress Salma Hayek received the Women in motion award, she attended the event where women who stand out in the film industry are recognized.

One of the most important film festivals in the world is Cannes, where the best directors, cameramen, actors and actresses exhibit their work to be placed in the public eye thanks to the criticism of the judges and the reactions of the public who managed to observe the participating films.

According to a video Salma was not previously notified about the award, so his reaction was natural and of surprise when knowing winner of this French recognition. The president of the event questioned her about how she felt about this and said that she was shocked by the decision but also very honored.

This was the precise moment in which he received the award (Video: Twitter / @ ScottFeinberg)

Although the actress of Eternals acknowledged that the award was not expected and therefore, did not have a speech prepared for the important moment, recognized the performance of the film director Maura delperol Y Shannon Murphy, who were also awarded in Cannes.

Salma Hayek attended this event with the businessman Francois-Henri Pinault, her husband, he is executive director of the Dry Grupo, which has luxury brands like Alexander McQueen Saint Laurent, and Gucci; she highlighted that she wore a shiny dress from the latter.

The dress worn by the actress from Frida have sweetheart neckline with black suspenders, it also has several sequin panels on black, light blue and cobalt that created a gradient to highlight her silhouette.

Salma Hayek in the company of her husband (Photo: EFE)

Other nominations that this actress has had are the Oscars and the Golden Globe for her performance in Frida (2002), some of the productions in which he has participated are Once Upon a Time in Mexico, Eternals, which is part of the Cinematographic Universe of Marvel (UCM), My crazy Life (1993), They are like children (2010), The alley of miracles (1995) and Dicha (2021).

In 2002, Y under the direction of Julie Taymor, the Veracruzana Salma Hayek brought to the big screen the story of one of the most emblematic personalities of Mexican culture giving life to the painter Frida Kahlo in the movie Frida. Thanks to her performance, Hayek managed to be nominated at the Oscars in the category of Best Actress.

Next to Alfredo Molina, Ashley Judd, Antonio Banderas, a young man Diego Luna Y Edward Norton, Hayek narrated the controversial “love” story that the painter had with the renowned muralist Diego Rivera, as well as how was his approach with artistic personalities that appeared at that time and the havoc he experienced due to the accident he suffered after the bus in which he was traveling was hit by a tram.

This is how Salma Hayek looked in Cannes (Photo: EFE)

This festival started last July 6th and will end the 17, two months later than the usual dates. On this occasion, the following Mexican works are participating.

In the section “Una Cierta Mirada”, which focuses on younger and auteur cinema, Tatiana Huezo will debut with con Fire night. According to the Mexican Institute of Cinematography (Imcine), it is a Pimienta Films production and has support from Eficine in production and distribution.

Romanian director Teodora Mihai also participates in this category with The Civil, feature film co-produced by Mexican filmmaker Michel Franco. It is also present, as an opening film, Annette, of Leos Carax.

When Salma Hayek became Frida Kahlo
The rise, fall and redemption of a star: Val Kilmer touches Cannes
Who is Arcelia Ramírez, the Mexican actress who received eight minutes of applause at the Cannes Film Festival