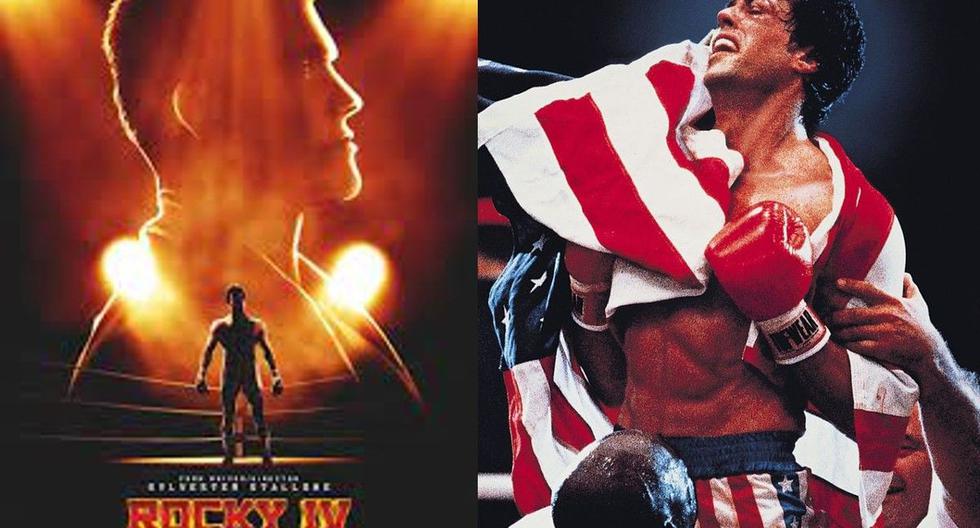 Rocky IV, one of the most endearing films in the Rocky Balboa saga, will return to the big screen, this time with 40 minutes of scenes never seen before, with the new film ‘Rocky IV: Rocky vs. Drago | The Ultimate Director’s Cut’, 35 years after its premiere in movie theaters around the world.

YOU WILL BE INTERESTED: SYLVESTER STALLONE ALMOST LOSES HIS LIFE ON ROCKY 4 FILMING

It is a new version of the epic boxing tape, which will include 40 minutes of scenes.so they were not included in the final edition of the film starring the consecrated Sylvester Stallone and by rising young star Dolph Lungrend.

In this new version edited by Stallone himself We will have images never seen before, in addition, other images will be eliminated as any memory of Paulie’s robot (Burt Young)

The premiere of this long-awaited reissue of Rocky 4 will take place on November 11, only in the United States, although it is estimated that days later it will be available on some of the new digital platforms.

YOU WILL BE INTERESTED: THE COMIC CONVENTION LATIN AMERICA WILL BRING THE MASTERS OF DUBBING TO PERU

ROCKY 4 The most popular of the saga?

Although Rocky It is probably the most popular film about the sport of fists, much has been debated about which of the six films (not including the Creed films) is the best in the series.

In a matter of awards, without a doubt Rocky 1 is the best, as he even took the Oscar and the Golden Globe for best 1977 film; However, this is not the reason why it is the most popular of this saga.

For a large following of action movies, Rocky 4 takes the first place in his preferences, for music, the plot and for the epic final battle carried out in a hostile territory for the protagonist.

YOU WILL BE INTERESTED: BAD BUNNY REMEMBERED WHEN HE SHOPPED CLOTHES WITH HIS MOM

Rocky 4 was a real box office boom and the most successful in this regard in the entire saga, in addition, it remained for many years as the sports film that generated the highest income with more than 300 million dollars raised throughout the planet.

This time Rocky’s story reaches the theme of the so-called ‘Cold War’, between the United States and the Soviet Union, it will also mark the last appearance of the Apollo Creed character in the saga.

Filming took place in the state of Wyoming and the recording had to be stopped for several weeks, due to many of the combat scenes, Lungrend did not hold back in the use of physical force.

SYLVESTER STALLONE AND THE NEW VERSION OF ROCKY 4 TRAILER

In their social networks Sylvester Stallone has already shared with his fans the trailer for this new version of Rocky 4 and as expected, it unleashed the enthusiasm of the thousands of fans of the saga all over the planet.