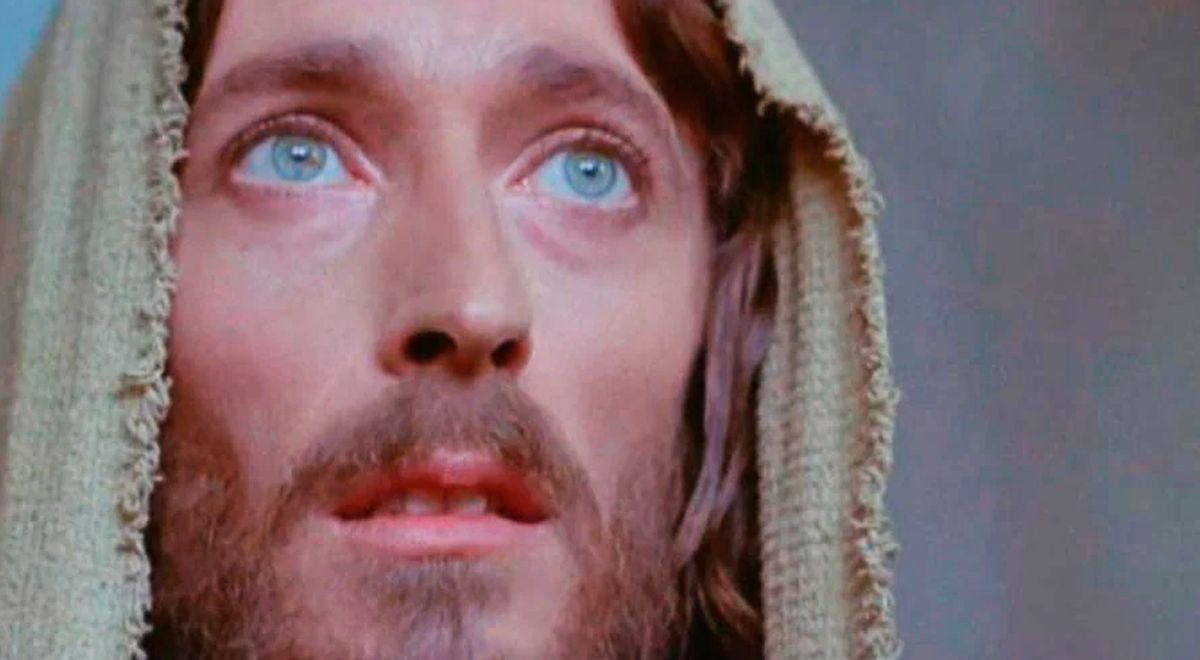 Like all years, Holy Week It is a date where families and friends gather to spend time together. And thanks to the cinema as a good alternative to get distracted, there are some people who stay at home and seek to watch tapes or series with Jesus as the protagonist.

Perhaps one of the most popular, and which has been broadcast for years on television, is “Jesus of Nazareth”, fiction starring Robert Powell and directed by Franco Zeffirelli. This series of four chapters is for many responsible for giving the television image to the son of God: long hair, moderate beard, placid look and white complexion; as well as a different story than the one that had been seen about the messiah.

YOU CAN SEE: “Ben-Hur”: the classic movie that would have had a homosexual romance in its plot

What happened to Robert Powell’s career after bringing Jesus to life?

“Jesus of Nazareth”, today considered an Easter classic, introduces us to the British actor Robert Powell (77) giving life to Jesus Christ. Although he was not the first alternative for the role, since the idea of ​​Dustin Hoffman or Al Pacino being able to star in the show was being considered, it was Powell who got the job.

The plot, which mixed stories from the four gospels of the New Testament, sought a different approach to what was previously presented on the life of Jesus: it downplayed the special effects when the miracles were represented on the screen.

Robert Powell’s career was given a boost after the series premiere, as “Jesus of Nazareth” was nominated for an Emmy and six BAFTA Awards, including Best Actor. In an interview with The Wright Stuff, the interpreter acknowledged that after having said role it was not so difficult to find work. That is why he later recorded productions in Italy, Germany and France.

On that occasion, he also told an anecdote when he filmed a tape in Venezuela: “Once I was recording for an Italian series —I remember it was Easter— my colleagues went to a mass in Puerto Ordaz. When they came back they were all laughing and said ‘it’s a good thing you didn’t come to church with us, behind the altar the image they venerated was yours’. They had cut my picture out of a magazine,” she revealed in 2017.

After “Jesus of Nazareth”, Powell’s life was never the same: he made more than 30 productions. Among them the thriller “Harlequin”, the story about a Zulu king Shaka Zulu, and the Italian film “D’Annunzio”. Likewise, he has lent his voice to various animations and documentaries, such as the one released by History, in 2017, about the “Redeemer”. He has been married to Barbara Lord since 1975 and they have two children, Barney and Kate.

On IMDb, his most recent works have been listed as “Brigantia” (in pre-production) and “Banking on Mr. Toad” in the same situation.

Robert Powell is already 77 years old: what happened to the actor of the classic “Jesus of Nazareth”?