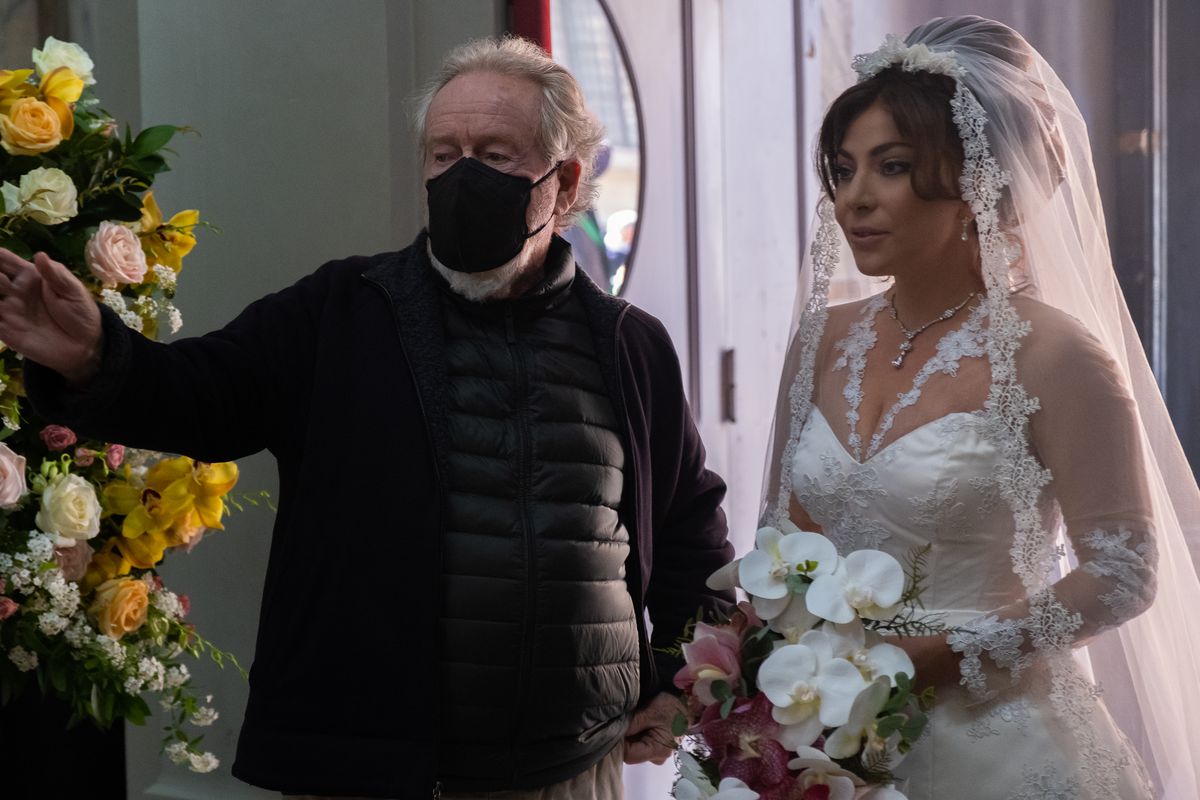 Ridley Scott appears on the video call, and the English filmmaker, who will turn 84 next week, appears smiling and happy. He’s in a studio in Los Angeles promoting The Gucci house, which opens tomorrow Friday in Spain, and the launch of The last duel. The talk with this newspaper takes place in the early Spanish morning of Thursday, November 11, so it has not yet gotten into fuss, which it would do days later, when it heated up and released on the web Deadline: “Let’s talk about superheroes if you want, because I’m going to blow them up. [Esas películas] they’re fucking boring as shit. Why don’t today’s superhero movies have better stories? They are mostly saved by the special effects, and that is getting boring for anyone who works with special effects. ” And that after confessing that he himself has made three superhero films “with three great scripts: Alien, Gladiator and Harrison Ford’s [Blade Runner]”.

Continuing with his anger, last Monday, on the podcast WTF, from comedian Marc Maron, Scott recalled that the worldwide box office of The last duel it barely exceeds $ 27 million, a very low figure for a film with a budget of 100 million euros. He was surprised himself, until he found an explanation: “It all comes down to that today we have viewers who grew up on these damn cell phones. Millennials they do not want to be taught anything unless they are told it on their mobile ”. In Spain it has not achieved a good collection either: after four weekends it has only reached 1.6 million euros at the box office.

But all that had not happened when Scott, who has never minced the tongue, spoke with EL PAÍS. In the interview she begins by talking about her love for Spain: “I have filmed there several times and I know it well. I adore Spain ”. The filmmaker hurries a month of promotion before embarking on another long-awaited project, Kitbag, his biography of Napoleon starring Joaquin Phoenix: “I start in January with Napoleon. I am passionate about that script, that character. The projects have been overlapping by the pandemic. The Gucci house I shot it in 42 days, it may have been a bit faster than I’m used to ”.

With The Gucci house Scott has been since 2006, when his wife, the Costa Rican producer Giannina Facio, who had lived in Italy for seven years, reminded him of a crime that occurred during Facio’s stay in the land of his ancestors: the March 1995 murder of Maurizio Gucci , heir to the fashion empire, although at that time ousted from the management of the company, by some hitmen paid by his ex-wife, Patrizia: “She is the producer, she had already made four films before, and she has been the soul of the project. The history of the Gucci resonates like that of the Borgias or the Medici: they murdered each other to prosper. Love, passion, hatred … They are the engines of the world century after century. It does not change. And we don’t learn from times past. As has happened with macho behavior with women. It is time to change course in that sense ”.

The film has taken so many turns that from a first cast a decade ago with Leonardo DiCaprio and Angelina Jolie it has gone to Adam Driver (which also appears in The last duel), Lady Gaga and Jeremy Irons, Al Pacino and an unrecognizable Jared Leto as other members of the Gucci family. To top it off, Salma Hayek, as Pina Auriemma, fortune teller, friend of Patrizia and accessory to the murder. “It’s a fucking great cast. They were all my first choices when we started pre-production. And they are one of the greatest performers today. I think the script hooked them, ”he explains.

The first thing that emanates from The Gucci house It is Scott’s obsession that the setting, costumes and behavior of the characters exude Italianity. “I would like to define my film as a satirical opera, although without music. The Gucci house it would be an updated version of the classical operas. I always felt that history contained a satire on those events, even that it breathed comedy ”, he reflects. Satire is a genre that Scott hasn’t worked on much. “Well, let’s agree that satire is the intellectual term for comedy [risas]. If you tell people that they are going to see a satire, they will respond: ‘Ugh, no, please, it will be a movie for intellectuals’. So let’s agree that it is a comedy ”. And about the current Gucci’s complaint about the image that the film conveys of the family and their tragedy, the filmmaker replies: “They have not seen the film, so … Furthermore, the events shown occurred three decades ago, numerous books have been written about them, they have become a matter of public domain. I never felt that we invaded any private area ”.

The director, who has never written a script, insists that we live in times when “people need to laugh to lighten the weight left by the pandemic.” “For much of the story, the audience will be surprised by the narrative, the tragic charge, and even so, the comedy does not stop flowing underneath. In the characters of Jared Leto, for example, or Pacino … those Gucci father and son. They understood the tone very well ”. Can this story be understood without Latin passions, without explosions of jealousy and love? “Of course, you need a Latin character. There was a time when I thought about hiring an Italian or Latin cast, even though I could never have raised the budget. It is not that the film has cost inordinately, but the setting needed an investment. Anyway, it’s part of the business. And with 5 or 10 million dollars he was not going anywhere ”.

Scott likes to define himself as “a news maniac.” His face heats up, his speech becomes firm: “I come home and every night I watch two hours of CNN and other news networks. I am very concerned about what is happening in the world, like everyone else, I suppose, and I am especially concerned about what is happening in this country [EE UU]. Democracy is essential for the smooth running of the world. If you do not attend to the concerns of the citizens, if you turn it into something partisan, your country becomes a banana republic. This is what I feel can happen in the United States ”.

Ridley Scott: “The history of the Gucci is like that of the Borgias or the Medici: they murdered each other to prosper”