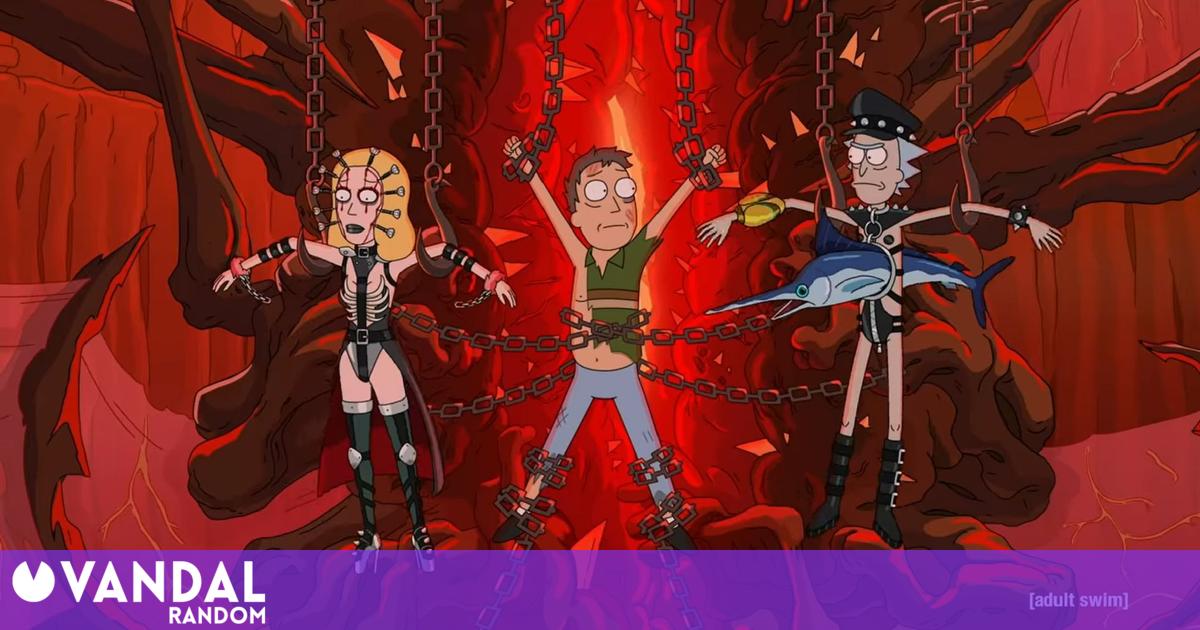 It is possible that you do not understand anything of what happens in the trailer, but we assume that this is the intention. Rick and morty returns once more to the small screen with a new batch of episodes, corresponding to his season 5. The premiere of this new chapter will take place on the day June 20th, when the debut of its first episode occurs in Adult Swim (We assume that in Spain it can be enjoyed both on HBO and TNT). Next, we leave you with your official advance:

The new trailer, which we have left you on these lines, includes footage of all 10 episodes that are part of season 5 of Rick and morty. Without a doubt, we could say that this imminent season will include some of the craziest adventures and journeys the Smiths have ever faced. In all probability, it will not leave fans indifferent and will probably leave us wanting more. Fortunately, Adult Swim renewed the series of Justin Roiland and Dan Harmon for a total of 70 episodes in 2018, so we can still enjoy several more seasons.

“Someone is always trying to kill us”, is the phrase that we can hear in the video that he pronounces Rick (Justin Roiland). The advance begins with the Smith house being surrounded by the army, but this is just the beginning: we can see armed turkeys, a gigantic chicken, the destruction of various worlds and a string of references and guides to popular culture, always present. in this production. But, without a doubt, the craziest of all is something that we are still assimilating: Jerry has a job interview. I’d use the word “creepy” if it was correct to use it here.

“Someone is always trying to kill us”

When Adult Swim placed the order for all 70 episodes, 10 of those chapters focused on season 4; While others 10 will appear in season 5. We still have more to discover, but this is not all: the Rick and Morty universe is expanding (literally) and we can also enjoy a spin-off. Titled The Vindicators, aims to parody great productions such as Avengers from Marvel Studios, without going any further.

We remind you that season 5 of Rick and morty I will premiere the June 20th.