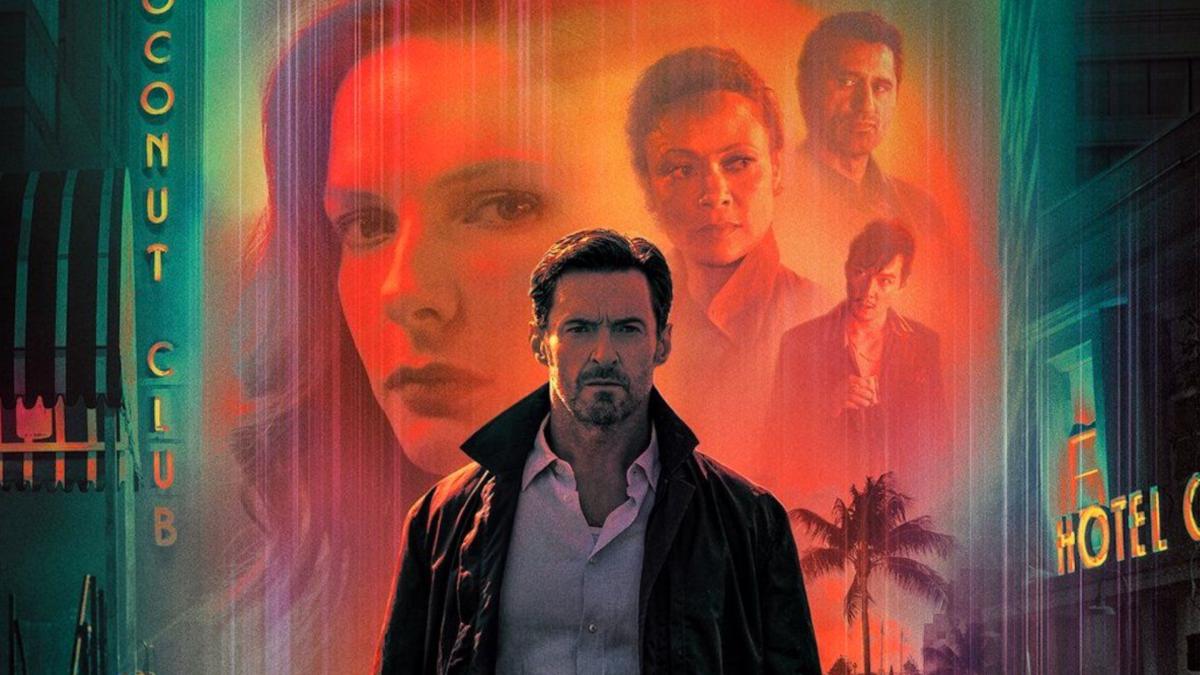 Lisa Joy (Westworld) makes his solo debut in the direction of a feature film with Reminiscence, an ambitious and not cheap film (he has already commented on several occasions how much it has cost him to gather the necessary budget to carry it out) that leads us to travel to a dystopian future in which the sea level has risen, flooding entire cities.

Unsurprisingly, the rich can afford to create dams to hold back the waters while the underprivileged classes have to float as best they can. One of the great consolations that people find is taking refuge in happy memories and, in that case, our protagonist can help them since he runs a business that allows them to recreate them.

Nick Bannister (Hugh Jackman) and his partner Emily Sanders (Thandiwe Newton) have a machine thanks to which these memories can be “extracted” from the subjects who come to them, in addition to reliving them. Thanks to it, they get information from witnesses in the cases in which they collaborate with the prosecution in addition to providing pleasant moments for those who have lost everything.

But things get complicated when Mae appears there (Rebecca Ferguson), a dazzling woman, all elegance who, under the pretext of having lost her keys, demands the services of Nick and Emily. He falls madly in love with her and that is why he is devastated when she suddenly disappears.

In an effort to find her and understand who she is, he will investigate the memories of several suspects and his own.

The first thing to praise about Reminiscence It is the choice of the cast. Regulars to Westworld you will find two familiar faces: that of the English actress Thandiwe Newton and the Armenian-American Angela Sarafyan. Both of their roles feel like a glove, but the two pillars that support the film are Hugh Jackman y Rebecca Ferguson, a couple who on screen is a real bomb thanks to the chemistry they have, as has already been shown in The great showman.

If in that one he performed a playback, in this film Ferguson has the opportunity to sing, so it is his voice that you will hear in the musical numbers that he stars in since his character makes his living as a singer in a nightclub.

They surprised us for good! This week we launch the list of the most influential science fiction films of the 2010 decade, highlighting Origin, Mad Max: fury on the road or Ex Machina.

It should also be noted as an incredible success the setting and staging of Reminiscence, with continuous tributes to sci-fi classics like Blade Runner whose influence is evident in many moments. Film noir is once again a source of inspiration in this neonoir of incredible photography that looks for backlights and formal beauty in every shot.

It helps a lot to have an actress with the talent and charm of Rebecca Ferguson, a femme fatale dressed in red and with red hair like Jessica Rabbit who comes to turn the protagonist’s life upside down from the moment she sets eyes on him for the first time time. For Nick she will be a ghost, an enigma that he will elucidate by constructing and deconstructing the woman of his dreams (a fairly Hitchcockian idea that refers us to Vertigo).

Lisa Joy may also tend to dramatize everything too much, leaving little room for naturalness, but it certainly seems like a wise decision for the pursued tone of mystery, sensuality, and imminent danger. Less in line with this objective is the soundtrack, which lacks packaging to accompany the images by adding layers.

Regarding the plot, the script takes a couple of licenses that are debatable, but broadly speaking it works wonderfully to set up an unfortunate love story that knows how to take advantage of the main premise of the film, which there is only two ways: to live in a constant loop of memories or to keep on creating new ones. The future is yet to be defined but what has been experienced is perfect since it has been sealed by the passage of time, concluded and encapsulated.

Reminiscence is a film that will delight lovers of the gender, although you can put some “buts”. It will hit the billboards on Friday, August 27 and will remain in your memory thanks to many genuine and exciting moments.

Science fiction film lovers who have movies like Blade Runner or Dark City among some of their favorites are going to enjoy the universe that Lisa Joy unfolds before us in Reminiscence: a must-see event to enjoy on the big screen.

The waterlogged dystopian world it presents, the photography, the cinematographic codes it uses and the chemistry between Jackman and Ferguson.

The soundtrack is flimsy. It is somewhat repetitive at times and tends to over-explain through the voice-over of the protagonist.