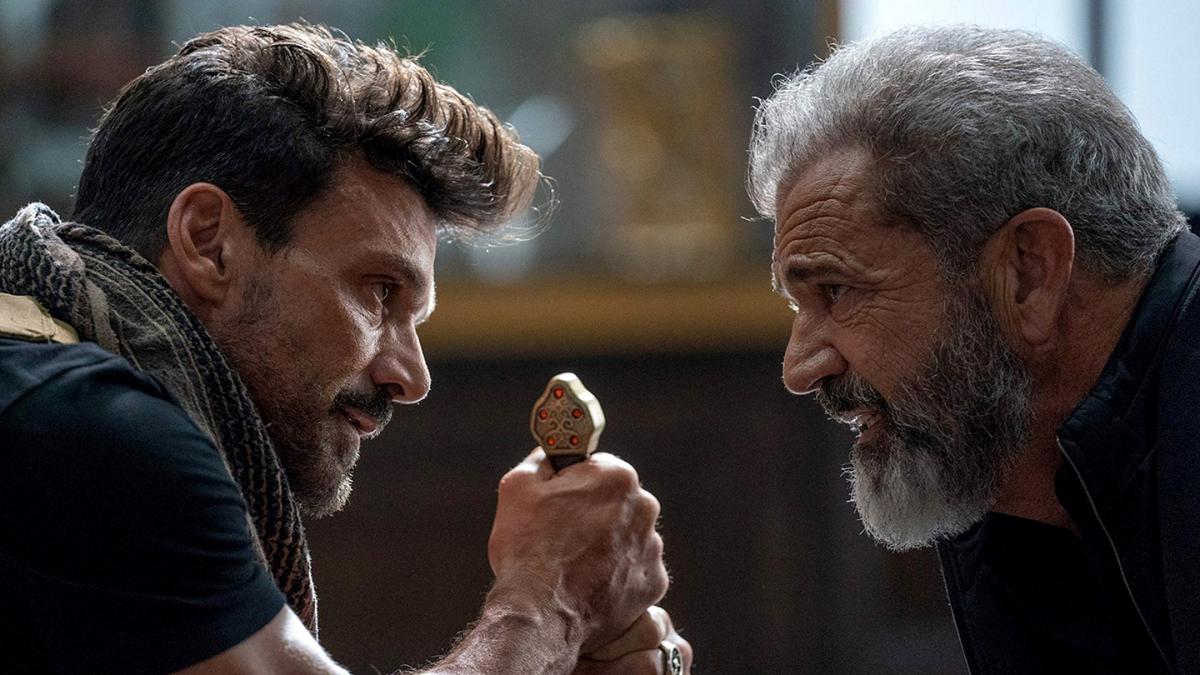 It is clear that Prime Video is becoming a stronger streaming service, able to face other giants like Netflix or, perhaps, Disney +, especially because it has a giant like Amazon behind it, as can be seen in his new original movie Boss Level.

And it is that in this tape directed by Joe Carnahan, Prime Video proves its power, hiring two actors of the stature of Mel Gibson and Naomi Watts to leave them as mere secondary characters with characters so flat that their interpretation could have been done by any other actor with much less cache.

However, the face of Gibson, completely ousted by modern Hollywood, and that of Watts, who seems somewhat lost in his career in recent years, continue to look very good on the poster of a movie in which its true, and almost only, protagonist is a Frank Grillo tired of surviving.

Then Boss Level could be summed up in a mix of Trapped in Time, from which it takes its time loops, and On the edge of tomorrow for the continuous deaths and attempts to survive of the protagonist who almost seems to be trapped in a video game.

Become a member Amazon prime and take advantage of all its advantages: fast, free and unlimited shipping, access to the catalog of series and movies of Prime Video, 2 million songs without advertising, exclusive offers, etc. It has no permanence, you can unsubscribe at any time.

The Cricket character constantly wakes up on the same day, the day a group of thugs always tries to end his life. A day that has to repeat more than 140 times to learn ways to survive a few more hours or minutes, while trying to find the connection between this and the fact that his ex-wife works on a super-secret project led by Gibson.

A film that begins with a wild pace, with explosions, fights, car chases, gunfire… that does not stop until the protagonist begins to tell us something more about his life, which is not too interesting, everything must be said, because it is full of clichés corresponding to a man who has not overcome that his wife leaves him .

We review some of the best action movies that we can currently find on Netflix, HBO and Amazon Prime Video, authentic masterpieces of the genre that you should see at least once in your life.

Even so, Boss Level is an entertaining film that could be enjoyed one afternoon in which we do not want to think too much and look for a movie that entertains us for a little over an hour.

The worst, without a doubt is how misused Naomi Watts are so much, that here she meets all the requirements to be a vase woman that only serves to trigger the plot of the protagonist man, as Mel Gibson, who only dedicates himself to giving speeches, quite soporific, that in theory have some philosophical background.

The humor is often childish and although there are actors like Ken Jeong, that could help lift the function, their roles are so insignificant that their purpose is not served. In fact, from all the household names featured in this movie, it seems like Boss Level was pretty cool on paper, but he’s gotten a bit lost in the filming and editing room.

Boss Level is a non-stop action film in which extreme violence is combined with time travel without knowing how to take advantage of actors of the stature of Mel Gibson or Naomi Watts, who remain as mere secondary.

It’s a shame to have Mel Gibson playing the villain and having him so little taken advantage of. Let’s not say Naomi Watts anymore …