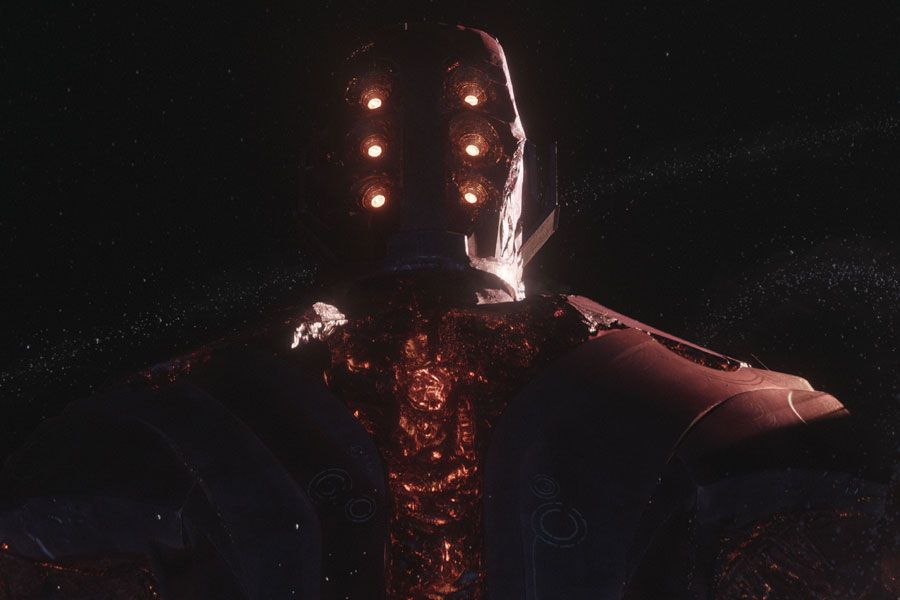 If there is something to highlight from The Eternals the thing is It’s probably the best looking Marvel Studios movie. Part of this is due to something that seems unusual in these times dominated by green screens: the use of physical sets and locations that respond to the cosmic scale that runs through the story of this film. One that goes from the very creation of the stars to the emergence of life on Earth, with the subsequent intervention of this team of immortal beings who have been involved in history for thousands of years.

Best of all, and that is present from the first minutes where Pink Floyd’s “Time” is heard, is that it is condensed from an earthly gaze that tries to connect these non-human beings with what humanity means and represents.

That stylistic-narrative decision is also related to the direction of Chloé Zhao, since her vision – developed with an immersive filming in her own words – is not overwhelmed by the restrictions that the Marvel Studios machinery has imposed on the filmmakers. In more than once with these films it has been felt that there is a field too delineated to plant a single type of fruit for its cohesive universe. That surprisingly does not happen here, despite the risk that Marvel itself created by generating so many uncompromising fans eager for an increasingly interconnected affair.

In that sense, what led me to assess the results of this film are related to how little MCU it sometimes feels. Obviously it is undeniable that it is a movie from the Marvel universe, and there are even some references about Thanos and The Avengers, but at the same time it lacks the forced cameos or the obtuse narratives that are more concerned with tomorrow than now.

In other words, as was the case with the recent Shang-Chi, in Los Eternos they focus on telling their own story, which allows generating a movie more typical of Phase 1 of this universe than of everything that came later in the most lucrative and important machinery in the film entertainment industry.

All of the above that I prefer to see as a fortress, since I’m bored of the standardized blockbusters dominating the billboards, sadly is somewhat clouded by the way the storytelling ends up unfolding. That is directly related to a situation that already seems inevitable to avoid in most of the latest films of this study: a third act that lacks the narrative power to close the story.

Although this film does not have a traditional villain, and the internal conflicts between Los Eternos are more important, based on their respective visions about humans, there is a striking lack of resolution in this production. That causes this movie sits alone as a mere snack to the future adventures of this team. And maybe that’s why at the end of the credits, in the James Bond style, they promise us that they will return.

Maybe that’s why this movie also feels more typical of the MCU average than the handful of movies that have actually done something else. The unfortunate thing is that Los Eternos continually probes a very fertile ground. For example, it features cosmic sequences and concepts drawn from the Jack Kirby comics that are absolutely captivating. But everything is reduced to that land of the blessed promises.

Without going into details about the story, at one point we are directly presented with the colossal scale of Los Celestiales. It’s an eye-catching sequence that completely fills fans of cosmic comics and, at the same time, opens up a wide range of visual possibilities on the kind of craziest Marvel Comics concepts that have yet to make their audiovisual debut. More than some will be happy with the fact that these types of concepts – very typical of cartoons – are no longer presented as simple threatening clouds. I mean, it’s very good that Galactus’s times in the second Fantastic Four movie are behind us.

But although there is no narrative fear here to scrutinize concepts that are only possible to visualize thanks to the advancement of effects technology, the problem is that in any case the promise of what is presented is more satisfactory than the presentation itself.

That situation also carries over to the cast. This one is pretty cool overall, and I can only highlight the work of Kumail Nanjiani and Barry Keoghan in their roles, but neither path is fully felt. The only exception is Brian Tyree Henry in the role of Phastos, who on the one hand is the first character with a gay relationship, but on the other is also an Eternal who reflects the dichotomy of seeing the worst of humanity and finding happiness by giving. with the best of this.

Obviously it is clear that there are many characters, and that prevents them from all having the same level of development, but some – such as the fast Makkari – are only referred to a state more typical of the teasers. Others, like the two main characters played by Gemma Chan and Richard Madden, are too soft to stand out. And that’s a big problem considering that both are an important part of the dramatic knot that the whole movie depends on.

What we are left with in the long run is a film with many promises, which may even be satisfactory as a mere introduction, but which is not strong enough to take advantage of all the narrative and cosmic possibilities that are presented. Perhaps that is why I find it so striking that during this film Superman and Batman are named, two characters that belong to another universe of superheroes, but that even in their most reviled films have a story development that does not feel like a mere sketch. And that’s what this film is: a line with a lot of potential, but which is a sketch at the end of the day.

The Eternals It was released this Thursday only in cinemas.