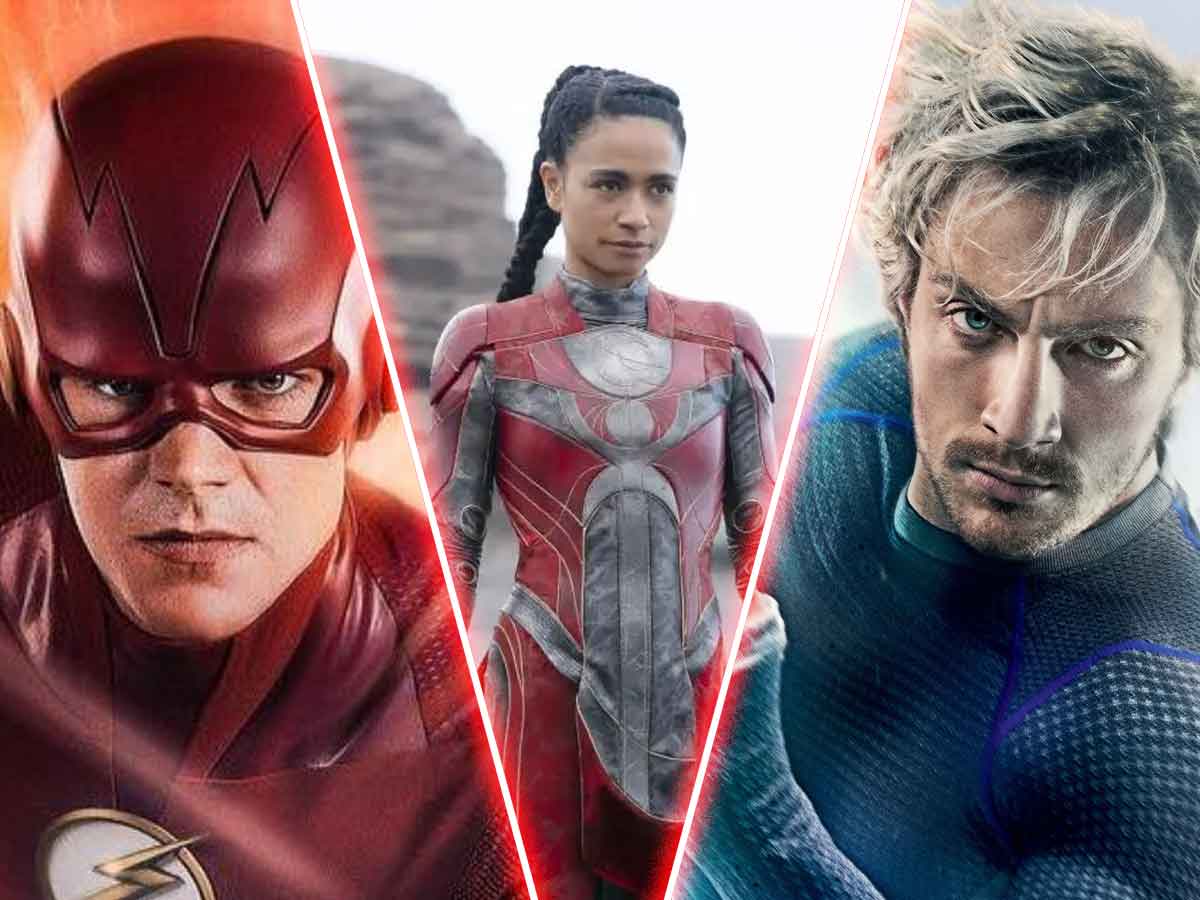 Those responsible for Weta Digital reveal the differences between similar characters such as Makkari from The Eternals, Quicksilver and Flash.

Definitely, Makkari from The Eternals She is one of the most spectacular characters in the film, as she can move at an incredible speed and that is why it is normal for her to be compared with Quicksilver and Flash.

So the challenge of Weta Digital was to do to Makkari from The Eternals different as the company had worked with the other two sprinters. Now, Matt Aitken and Sidney Kombo-Kintombo, those responsible for special effects, wanted to reveal details of the post-production process.

«One thing that is great to work with Marvel Studios is that they invite us to the table. They are always eager to have a fresh eye to add to what they already have. And they shared it with us, so we nurtured each other that way. So they come up with the idea that they want Makkari from The Eternals to go fast. I remember it was Nate Moore who first got us into that path, saying: I want to see Makkari being fast because we say it a lot, but we haven’t seen her be fast in action. And that, as an entertainer, is all we need. Tell us what you are liking, we go crazy ». Dijo Sidney Kombo-Kintombo.

The three sprinters had to be different.

So me and the team sometimes even have a moment of absence. When the client is talking, Victoria and Nate and Zooey are saying something, and what is going on in our heads is that a lot of images start to come together. And when we meet with the team, it’s like: Okay, let’s get it moving fast. But we don’t want Makkari from The Eternals to look like Quicksilver, and we don’t want him to look like Flash. What is it? And obviously, because we’re in business, we’ve been thinking about those things, and one thing I had on my mind was printing. I have my hand here, if I move fast, you still have, for a microsecond, the feeling that my hand is where it is, but it has already moved ».

“It’s called persistence of vision, it’s like your eye can’t look past a certain speed. Everything you see is in the past. So we tried to play around with that a bit. So Makkari from The Eternals is here, but he’s moving so fast he’s already far away. And we did a lot of that. That shows a lot in the fight he has with Ikaris. Because sometimes Ikaris shoots her, you see her in the distance, but she’s already in front of him, and Ikaris didn’t notice, and that makes her invincible somehow. He had to catch her before she came, and she was too quick to stop, that’s the only way he managed to catch her. Otherwise you can’t, because she always leaves when you think she’s somewhere. So that’s what we tried to play with when it comes to Makkari. “ Concluded Sidney Kombo-Kintombo.

“And the production of takes was quite complicated because often Sidney had multiple Makkaris in the scene, so there could be three or four real copies of Makkari from The Eternals so they can all be in these different places at the same time. And you get these little sparkles.

But I think we managed to orchestrate it so that you never see multiple Makkaris arrested at the same time. The others are always on the go, but they just became incredibly difficult shots to handle. But it’s okay, that’s what we’re here for.

The movie of The Eternals is currently in theaters, while the rest of the installments of Marvel Studios can be seen in Disney Plus.