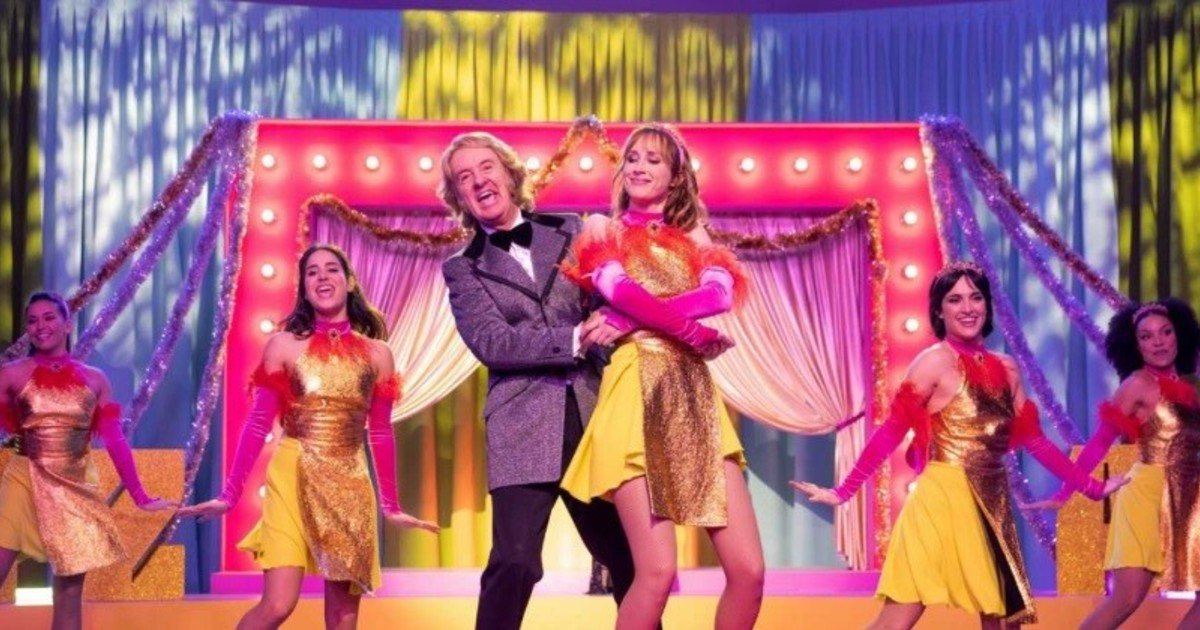 In October 2020 it premiered in Spain Explode explode, a musical comedy with songs by Raffaella Carrá. So it was that the Italian that caused a sensation in the ’70s became fashionable again, and at that time the Sony Music record label published a compilation of 36 of its greatest hits.

The film of the Uruguayan Nacho Álvarez It is a Spanish-Italian co-production that first went through the Toronto and San Sebastián festivals, on Friday, October 2, it reached Iberian cinemas and soon – there is no precise date- will be available on HBO Max. It is not a biography of Raffaella Carrá, but rather tells a story supported by the catchy songs of the Italian.

The official synopsis indicates: “Spain, the seventies. While a cruel dictatorship rules an eternally gray country through fear, violence, repression and censorship, María, a young dancer, dreams of giving bright colors to her life and that of others “.

Scene from the film “Explode, explode”, with songs by Raffaella Carrá

She continues: “She makes her way to personal freedom and pursues her crazy dream of becoming a television star, a very fun journey in which she will be comforted by the pop songs of the incomparable Italian singer and dancer Raffaella Carrà “.

“It’s like it happened in Mamma Mia !, with songs by Abba, which is not about the band or its members. I confessed to Raffaella that this film is a tribute to her and she thanked me, “Álvarez said in an interview with Cineuropa.

“We wanted the film to breathe that tribute to the artist: each woman in the film has a little bit of her and represents her in some sense, from divism to some of her experiences, which are told in her songs”

The protagonist is María (Ingrid García-Jonsson), who after leaving her boyfriend planted on the altar of a church in Roma, travel to Madrid to discover what she wants to do with her life and fulfill her dream of being a dancer.

The poster for “Explode exploits”, the film with songs by Raffaella Carrá.

Everything takes place in the Madrid of the ’70s, with television as the means of communication where María tries to achieve her goal. Music is as protagonist as the characters in the story, and it is acquiring more and more preponderance, until it becomes the narrative thread.

“The starting point was the musical themes: we all listened and began to separate the ones that had to be because they were hits with others not so famous,” Álvarez added in the interview with Cineuropa.

“We were looking for keywords that could describe a character or a location, that’s why not all of them are hits, but they are so catchy that they will become famous. Raffaella has so many songs that it is impossible to put them all in one film … in the end they only fit thirteen” ,

The new album by Raffaella Carrá, with old songs. And catchy.

Coinciding with the premiere, Sony Music presented the most complete collection of Raffaella Carrá’s repertoire in Castilian that has ever been published, with hits ranging from Hot, Hot to Party, to In Love Everything is Beginning or Rumore.

Titled Grande Raffaella, the album had its launch in Spain on Friday, October 9. Among the 36 famous songs there are also Hay to come to the south, What pain, Adiós amigo or Felicità, tà, present in the collective imagination of more than one generation of Argentines.

Raffaella Maria Roberta Pelloni, known by her stage name of Raffaella Carrá, is 77 years old: she was born in Bologna on June 18, 1943. Singer, composer, dancer, television host and actress, she made most of her career in the network Italian RAI and the Spanish TVE, and also conducted specials in Argentina, Chile, Mexico and Peru.

She made her debut as an actress in 1960, in the film The Long Night of ’43 and in I compagni, of 1963, directed by Mario Monicelli. That same year he worked on the French film La chance et l’amour with Michel Piccoli.