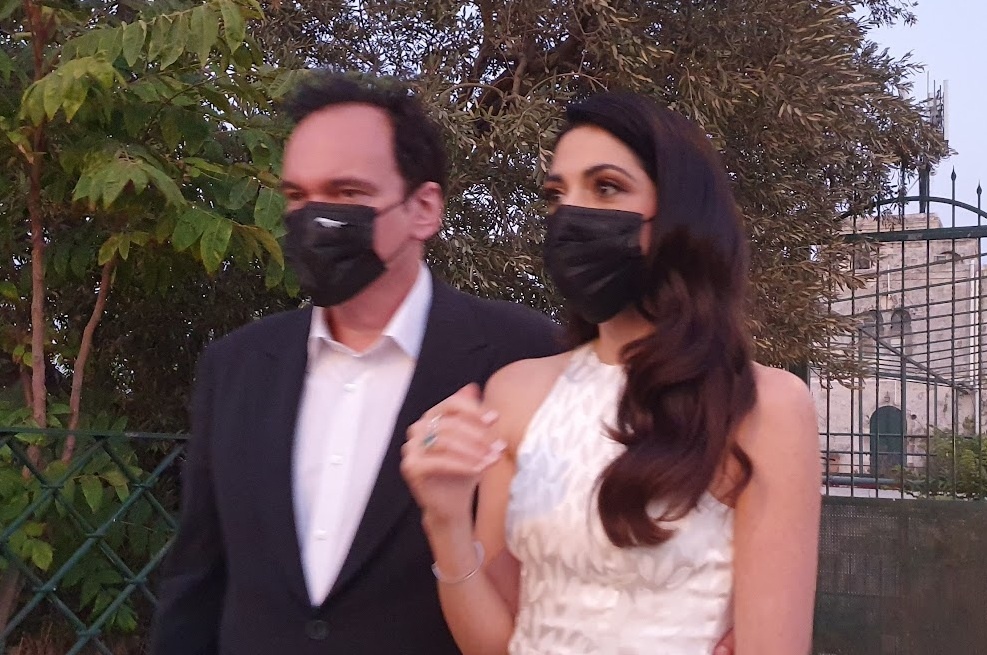 Participate in a panel held by the Jerusalem International Film Festival (JFF) in tribute to the legacy of the Cannon Group films of Israelis Yoram Globus and Menachem Golan.

Legendary director, two-time Oscar winner, Quentin Tarantino, participated in a panel tribute to the films of the Cannon Group, together with the legendary film producer Yoram Globus, who participated online. He arrived at the very festive event accompanied by his Israeli wife Daniela Pick.

His participation in the JFF festival was very important since in some way he took the place of the guests from abroad who this year were absent due to the epidemic and, as expected, the tickets to the panel were sold out very quickly.

“Cannon Group”An American company that produced and distributed films from 1967 to 1993. In 1979, the cousins ​​and Israeli producers Yoram Globus and Menachem Golan acquired the company and they contributed to its success by adapting the productions to the demands of the market in the 1980s. They were action films, generally without taking into account the quality of the films. So in a few years “Cannon Group” was considered in Hollywood one of the largest film production companies in the world, at least in quantity. In the late 1980s, the Globus and Golan cousins ​​expanded the group’s activities by acquiring movie chains and studios around the world, primarily in Europe. One of the last films produced was “Inferno” with Jean-Claude Van Damme.

Tarantino He confessed that in the 1980s, when he was beginning to write with the guionist Roger Avary the legendary film “Cheap Literature” (Pulp Fiction), both were fascinated by the Cannon production company and both loved the “great” films of Menajen and Yoram, although the Hollywood film industry discredited them.

Tarantino and Avary They then considered the Israeli duo as a great challenge to the said industry by making films as they wanted, mainly due to the fact that Hollywood meant a very closed space and it was almost impossible to access it. He added that he and Roger were sure that if they presented something interesting to Menachem and Yoram, they would give it a chance.

In this panel, Tarantino also demonstrated knowledge of the work of several Israeli directors who were in contact with the company and its films. The panel was attended by director Hila Medalia and was moderated by director Navot Papushado.

The JFF lineup included eight Cannon Group films selected by Tarantino himself, who also loaned copies from his personal archive. At the end of the panel, two such films were screened: “Train to Freedom” and “The Bar Mouse.”