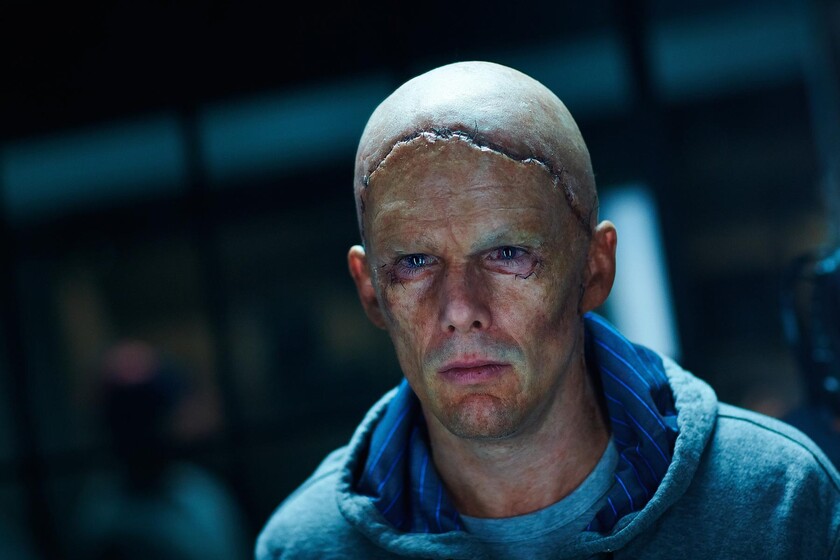 The problem with this movie is that we can’t even tell you which sci-fi classic it adapts to, because we would ruin the movie. This production that arrived in Spain in a domestic format a few years ago has just landed on Netflix, so maybe the best thing you can do is go see it before reading more, and when you come back, face our criticism, which has moderate spoilers.

In fact, there will be those who say that the detail of their time travel theme is already a spoiler, but we have allowed ourselves to slide it as an aperitif because ‘Predestination’ thoroughly squeezes the starting point and it goes much further. And he does it as a good literary science fiction story would: examining all the hypotheses and connotations that some of the strangest paradoxes of this subgenre have. Much more than the butterfly effect or making your parents fall in love so they can have you.

The story in which is inspired is ‘All of you zombies’, a miniature of a handful of pages of the great Robert Heinlein (Known to the general public for being the author of the original ‘Starship Troopers’ novel). In fact, Heinlein is revered throughout the film, and other of his books appear, such as ‘A Stranger in a Strange Land’. Although the best nod in the film is to ‘I’m my own grandpa’, the novelty song by Lonzo and Oscar from 1947 inspired by a humorous article by Mark Twain in which he showed that it was possible (although unlikely) for someone to become his own grandfather.

In any case, ‘Predestination ‘takes the core of Heinlein’s tale, perhaps the most twisted time travel story ever written, and turns it into a theoretical thriller about the fourth dimension, which draws from films like ‘Looper’ or ‘Memento’, but plays in a much more cerebral league. Practically the whole plot is an immense riddle that two strangers tell each other in a bar.

The loop that devours itself

‘Predestination’ basically tells how a Temporary Agent (Ethan Hawke) embarks on an epochal odyssey to stop a dangerous terrorist (A detail, by the way, that is not in the story, and that here is partially removed from the plot). Posing as a bartender, you’ll hear the story of a Single Woman (stunning Sarah Snook, total find of the cast), whose sad and strange life has to do with her mission.

To tell ‘Predestination’, the Spierig brothers (owners of a curious filmography of films all inferior to this one, but some of them as interesting as the vampiric nonsense ‘Daybreakers’ or the story of -real- haunted houses ‘Winchester’) have to take out of the suitcase of visual artifacts a series of resources that make the viewer soon realize that they are playing with him (for good). That is, exaggerated makeup, characters that do not show their faces, narrative pirouettes and so on.

And the Spierigs compensate for that artificiality in the best possible way, being completely honest in the narration: the interpretations, the simplicity of the staging -which makes it exciting and close to see just two people talking in a bar- and crumbs they leave in the form of little gifts and clues (for example, ‘Memento’ style notes, which are quotes from Heinlein’s story) help to decipher the film at a progressive rate, without being carried away by the temptation to play all the cards to a “final surprise”

The result is a strange film, one could almost say that unique, and certainly not for all fans of the genre. But yes for those who enjoy twisted puzzles of obvious literary origin and for those who still understand that part of the fascination of the genre is in the cerebral labyrinths and in the doubting of the real through pure logic and its traps. A real caramelito.