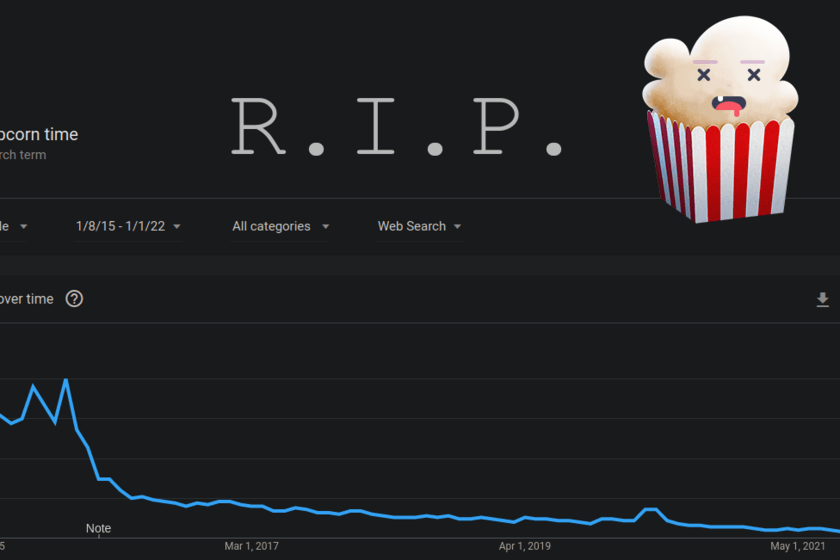 Popcorn Time closes completely. The popular alternative app to watch free series and movies online, as easy as if it were Netflix, has completely died, report Bloomberg.

When accessing the Popcorn Time website The image is shown on the cover and the group responsible for the app notified of the definitive closure of the platform, declares Bloomberg, after nearly six years of illegal content streaming activity.

Popcorn Time was launched in 2014 and in just one year it became one of the most popular services for accessing illegal streaming content. So much was his growth that in 2015 Netflix warned its investors about the success of Popcorn Time in one of its financial reports, and Reed Hastings, CEO at the time, stated that “illegal content continues to be one of our biggest competitors”.

However, beyond the illegal transmission of content, what made Popcorn Time so successful was its open source development. In fact, the creators of Popcorn Time left the project shortly after its launch, apparently due to possible lawsuits, but because the app was open-source several developers dedicated themselves to launching new versions.

Over time, new versions of Popcorn Time appeared, but all closed one by one, until 2022 when the main one has closed

Bloomberg mentions that one of the Popcorn Time developers said in 2015 that the platform was not responsible for the illegal transmission of content as it does not host any material, and instead the software only offers links to computers around the world that hosted the content through BitTorrent file sharing system.

However, despite the meteoric growth of the platform in 2014 and 2015, after its launch, over time public interest in Popcorn Time plummeted, as shown in the image that the platform left on its website.


In this way everything points to the boom of the platforms streaming, beyond the multiple pressures that the platform had throughout these years, was the true responsible for the fact that at the dawn of 2022, Popcorn Time announced its definitive closure.

Goodbye Popcorn Time, thank you for the days of free entertainment you provided to millions of users.

Popcorn Time is dead: the alternative platform to Netflix to watch series and movies for free online closes completely