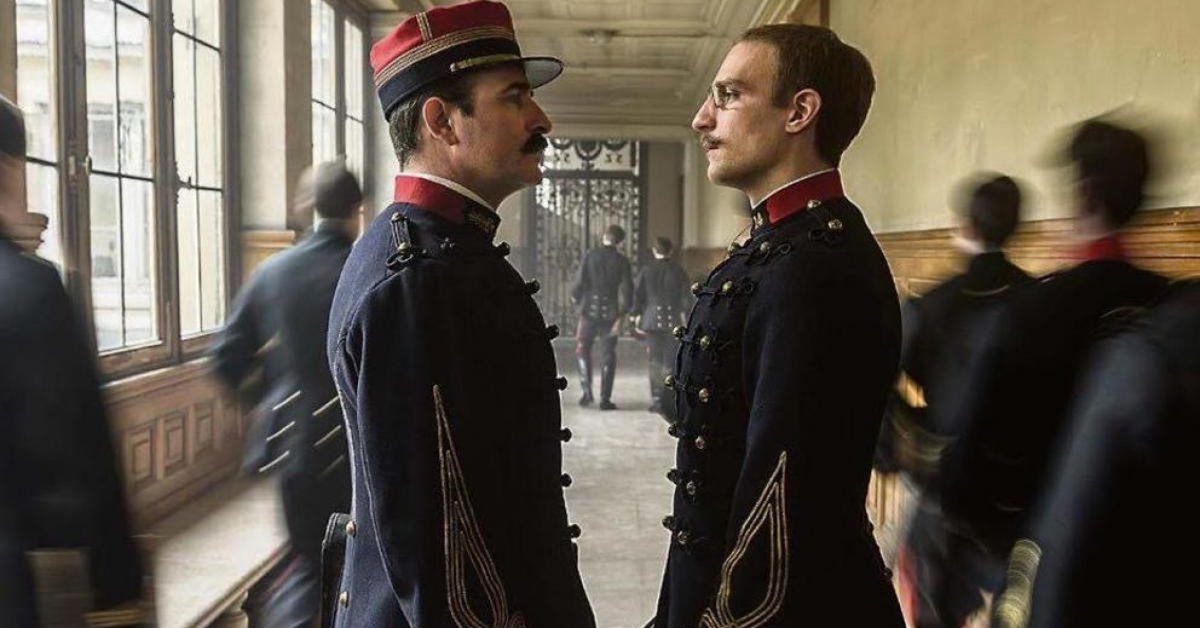 I accuse. J’accuse, in the original French, are words that will remain in the history of the search for justice. That will inevitably refer to journalism committed to the truth from the hand of the writer Emile Zola. That they will be a powerful cry against French anti-Semitism and, later, against the abuses of power. I accuse. In two words, a whole program that shook France at the end of the 19th century.

The great film director Roman Polanski, a director of works that marked the last six decades with excellence, decided to film I accuse at the age of 85 and show the entire development of an episode that would mark the passage to the 20th century of the Gallic nation, for better and for worse. The film, filmed in 2019, won the Grand Prize of the Jury of the Venice Film Festival, not without being traversed by a controversy of transcendence since the president of the jury, the enormous Argentine filmmaker Lucrecia Martel, refused to see the performance during its exhibition in the main hall of the festival, due to repeated allegations of sexual abuse of minors against Polanski. In any case, after seeing the film in a private function, Martel did not cease to vote in favor of the film.

The Argentine public will have the possibility to see J’accuse for the first time under the meeting “Entre-nous”, sponsored by the French embassy, ​​which will show other very important titles for current cinematography between July 14 and 21. The show will feature free movies to watch online and others, including Polanski’s work, which can be seen at the Atlas Patio Bullrich cinema.

Trailer for “I accuse”, by Roman Polanski

With a performance devoid of bombast and without effect, Polanski manages to narrate the events of the captain’s arrest Alfred Dreyfus (interpreted by Louis garrel), a Jewish officer in the French army accused of treason as he had allegedly transmitted state secrets of the French navy to Germany.

It may be necessary to point out that when Zola’s intervention is mentioned at the present time in the Dreyfus case, which certainly marked a before and after in modern journalism, it may not rigorously disclose the facts of the shameful case of anti-Semitism protected by the French state and its colonial army. For those who are unaware of the frenetic pace of these events, Polanski narrates them with a masterful hand.

Polanski manages to narrate the facts of the arrest of Captain Alfred Dreyfus, a Jewish officer of the French army accused of treason

In fact, the publication ofl J’accuse It is a non-central episode in the film that tells it in a few minutes, without threatening the political and cinematographic density of the case. It should be noted that, unlike the legends that indicate in most productions that say: “The facts are based on real events, but this film is a fictional account of those events” or similar things, the legend that opens the Polanski’s film says: “This film is based on rigorously verified facts of reality.” It is, then, from the beginning, a shocking film. The film is based on facts of reality in a forceful way. The synopsis below does not necessarily imply spoilers, since any honest manual of history gives an account of the events.

There is shown, first, the meeting between Dreyfus and the captain George Picard, who as his tutor at the military academy does not give him a grade of excellence. Dreyfus asks, “Is it because I’m Jewish?” To which Picard responds negatively, while acknowledging his personal anti-Semitic dislike.

“I accuse” is part of the French film festival Entre-nous

Later, Dreyfus in 1894, is convicted -as said- for treason, confined on Devil’s Island, in the French colonies of the American Caribbean, chained and unable to have a dialogue with his captors, as well as his incarceration reaffirms the anti-Semitic sense of pointing to Jews as internal enemies in the nation.

In 1896, Picard is appointed head of the military spy service, and discovers that Dreyfus’ indictment has been hatched. Briefly, with a perfect display of the period reproduction, the film shows how Picard tries to do justice, how his investigations are denied, his own punishment destining him to the African colonies, his stubbornness, the righteous conspiracy with Zola and other politicians, the publication of the writer’s letter in the leftist newspaper The Aurora, duels, murders, all before – many years later – Dreyfus was vindicated, despite having had public opinion against him because of his Jewish condition.

It is a shocking film, it takes your breath away, but the setting is, at the same time realistic, shallow. He rebuilds late 19th-century Paris with a watchmaker’s dedication, while dodging the cheap shot. It is a film that should be viewed not only for its cinematic qualities, but also for those political and principled.

Polanski, once again, offers the cinema a masterpiece.

After, in 1969, his wife Sharon Tate was killed when she was pregnant of eight and a half months with four other people in their mansion in Beverly Hills at the hands of a group belonging to “The Community” founded by Charles Manson, Polanski walked away from the cameras for a while. But it came back. At the same time, he was accused by a 13-year-old victim of having been sedated and raped at the actor’s residence Jack Nicholson, with whom I had just filmed another masterpiece, Chinatown.

Polanski was brought to justice and by an agreement he pleaded guilty and spent 43 days in prison. The court agreement allowed him to go abroad, and he did so, never to return to the United States. A fugitive from American justice, with French nationality although he was born in Poland, he developed the rest of his career, winning great prizes at the most prestigious festivals and even winning the Oscar for best director for his film. The pianist, in 2002, a ceremony that he did not attend to receive the award because he would have been arrested.

The pianist is a film that narrates the persecution and murder of Jews at the hands of Nazism, the genocide, through the story of a pianist confined to the Warsaw ghetto with his family, who is helped by the anti-fascist resistance and who manages to save his life , while becoming a witness to the horror of Nazism. It is the story of the musician Władysław Szpilman. Roman Polanski’s mother was murdered at Auschwitz.

The accusations of child abuse against Polanski increased and thus the image of abuser was consolidated in the 1970s. Polanski did not comment on the rest of the allegations.

During the Venice Film Festival chaired by Lucrecia Martel There was a stir of great characteristics when its president refused to witness the film in the main hall of the Festival J’accuse. “I am not going to attend the Polanski gala because I represent many women who are fighting in Argentina for issues like this, I do not want to stand up and applaud,” said Martel, who decided to see the film in a private function.

The event was a scandal. Catherine Deneuve, the French film diva, then said: “It’s a problem because I think that it immediately implies an unfavorable judgment on the film even if Lucrecia Martel says that in the end she will see it. What does that mean? Who dissociates himself as a woman but as a filmmaker will judge the film for what it is? It seems very excessive to me and it seems incredible to me that after 40 years we continue to insist on wanting to continue judging someone who has already been tried. Everyone seemed to agree that time had passed. It would be good to finally see him as a filmmaker and only as a filmmaker. For that reason he will not even come to Venice ”. Deneuve had starred in Polanski’s debut outside of Poland with the film Repulsion, which obtained the absolute favor of the critics and which launched the director and actress to world fame. Martel agreed with his colleagues in awarding the Grand Prize of the Jury of the Venice Film Festival to J’accuse.

J’accuse it is a film that must be seen yes or yes. In the same way, beyond its enormous cinematographic qualities, the discussions that nest in the women’s movement around the world that, with more or less fanaticism, put on the table debates that concern the entire society.

* Entre-Nous, a festival to lose yourself in the best of French cinema Online and free, will take place between July 14 and 21 and the films will be able to be seen in Chile, Argentina, Uruguay and Paraguay

Polanski and the crossroads between the accuser and the accused: complaints that do not stop and the boycott of his films
Polanski for Polanski: a life full of extravagances, horror and nightmares
Half a century of “Rosemary’s baby”: cursed stories from a key psychological horror film