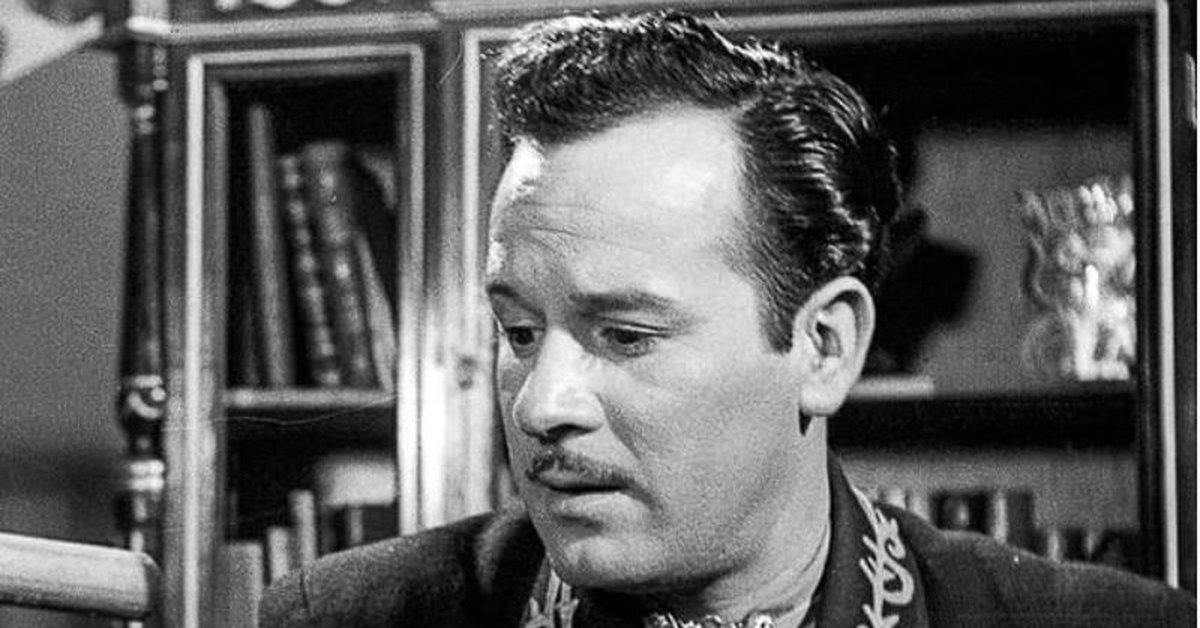 Pedro Infante He was one of the brightest stars of the so-called Golden Age of Mexican cinema. However, the iconic actor traveled a long and winding road before he was able to establish himself on the big screen. Among his trades, Infante was a carpenter, drummer, barber and one of his hobbies was to be pilot.

104 years after the birth of “Idol of Guamúchil”, the actor was able to portray some of his past work on tapes such as We poor and Pepe the bull, where he worked as a carpenter, a job he did for years in his personal life.

Pedro Infante Cruz was born on November 18, 1917 on the coast of Mazatlan in the state of Sinaloa. He was the third child of fifteen that the couple had Infant Dolphin and Maria del Refugio Cruz. Unfortunately, some of Pedro’s brothers passed away at an early age.

The Infante family later settled in Guamúchil, one of the most important cities in Sinaloa. The actor’s father was a musician and tried to find a better return for his work outside of Mazatlán. However, precariousness followed the Infante family for more years.

The small Pedro could only study up to the fourth level of primary school. His faults were so constant that at the age of ten he dropped out of school and he decided to employ himself. Pedro Infante’s first job was errand boy at Casa Melcher, one of the most remarkable residences in all of Sinaloa.

His mastery of music led him to meet musicians such as José Alfredo Jiménez (Photo: Imer)

The Melcher House was founded by the Germans Enrique Melchers, Jorge Melchers and their associate Celso Fuarken. The home and business of European origin had such an impact on the Sinaloan economy that they were the first to bring cars to the country at the beginning of the 20th century.

In his first job, Pedro Infante was in charge of making warrants and running errands. The earnings he accumulated were given directly to his parents, as his intention was to help support the household.

According to his biography, which can be found on the actor’s official site, having remembered so many messages inside the Casa Melcher gave him fruit in his future, since Pedro Infante was able to memorize movie scripts from start to finish without complications.

Pedro Infante maintained his figure thanks to being a faithful practitioner of sports such as boxing (Photo: Twitter / @ imcine)

During your adolescence and early adulthood, Pedro Infante was educated carpentry, the most recognized work prior to his foray into the art of acting. He was an apprentice to Jerónimo Bustillos, in the city of Guamúchil. Infante learned to make various furniture and commissions, but his greatest creation was his first guitar.

The carpenter Jerónimo Bustillos’s son, Jesús, was his first music teacher. The instrument built by Pedro did not have the best qualities, as some of its wood strokes were inaccurate and the acoustics were not perfect. However, that little fine guitar allowed him to learn what he needed to go out and earn a living with songs.

Pedro Infante achieved a local fame that could lead him to debut as an actor (Photo: Screenshot / Pedro Infante. The most humble king in the world)

Besides learning to play the guitar, Pedro Infante began to shine his voice, which gave him a local fame in Sinaloa. However, Pedro Infante, while his monetary situation improved, never stopped forming his instrument. The skill and dexterity of the young Infante led him to found the orchestra La Rabia, hand in hand with his father.

Contrary to what was thought, Pedro Infante was not only a guitarist, but also dominated the drums. The Infante orchestra played in bars and canteens, where they came to perform over 200 songs. Despite this, his audience was more than dispersed, because they cared more about finishing their drinks than listening to the actor.

Those nights immersed in the bars he was able to observe, first hand, how people behaved after drinking alcohol. This benefited him in the future in his acting roles. Also, it should be noted, Pedro Infante did not drink liquor, since he considered that it affected his performance in sports.

Also during those years of youth forged as a barber. According to the actor’s biography on his official website, he learned this trade with Polycarp Lizárraga in the current Magic Town of El Rosario, Sinaloa. His passion for barbershop was so great that, even though he already enjoyed considerable wealth, he continued to cut the hair of his relatives without major buts.

Pedro Infante: what were his trades before he became a star of the “Golden Cinema”