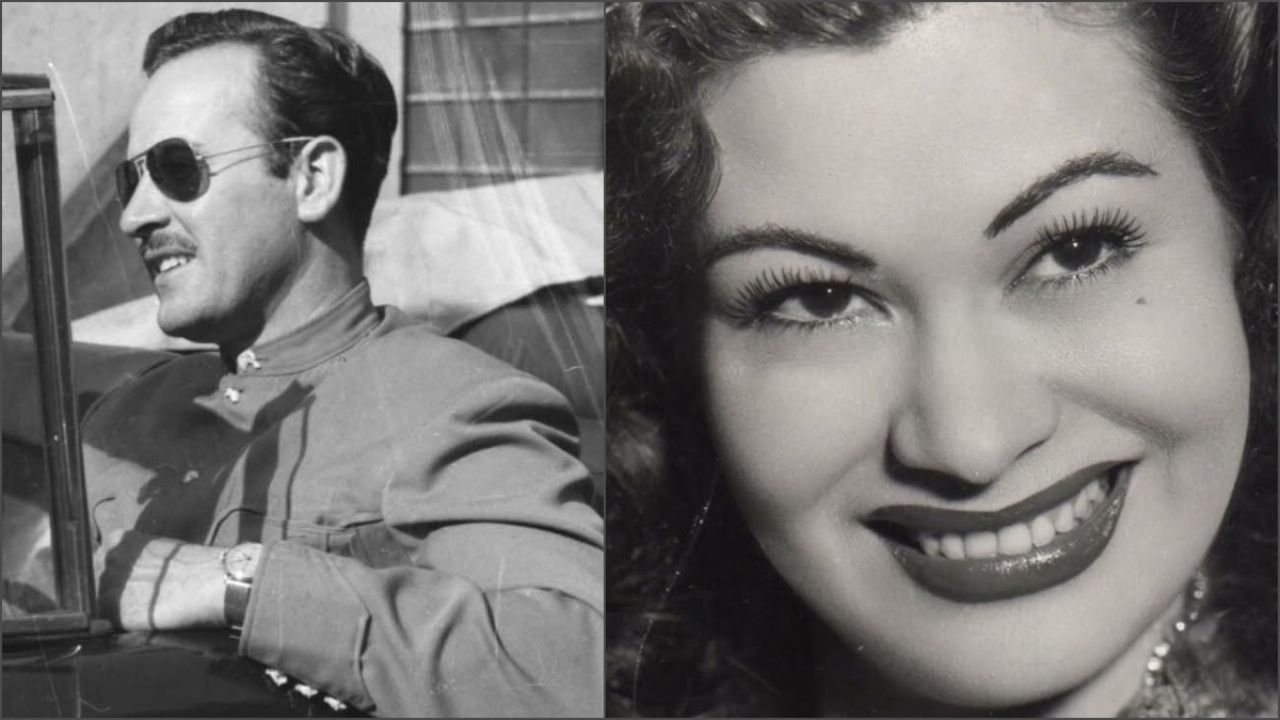 The Golden Age of Cinema in Mexico opened the doors to a large number of foreign artists, who were sheltered by great figures, such as the actor Pedro Infante, who recorded a movie with the famous Cuban rumbera known as the “Queen of the Mambo”, considered the most beautiful of the moment.

Blanquita Amaro, as it became known internationally, was a actress, singer and dancer, who was born in San Antonio de los Baños, Cuba, on June 30, 1923. She began acting in a tent-theater in her town in dramatic and musical works.

He began to perform in a nightclub in Havana despite the opposition of his parents and achieved great popularity. In 1938 he made his debut in the film “Estampas habaneras”. Her charisma and movements when dancing, led her to share several seasons with the main stars of a Cuban artistic stage in which he stood out for his originality.

Amaro is considered among the first Cuban vedettes to be internationally known. He filmed more than twenty films in countries such as Mexico, Spain, Argentina, Panama, Venezuela, Puerto Rico, Chile, Brazil and even in Africa.

He participated in the main televised programming of republican Cuba such as “Casino de la Alegría”, “Thursdays in Partagás”, “El show del Mediodía”, among others.

Blanquita Amaro and the Golden Cinema

With her first films in Cuba, she continued her career in Mexico, where she was called “The Queen of Mambo“. He recorded“ Embrujo antillano ”, filmed between Mexico and Cuba in 1945, sharing the scene with Ramón Armengod and the also famous Cuban star María Antonieta Pons.

Blanquita Amaro He also filmed with other important actors in our country, such as the film “Summer Hotel” with the comedian Germán Valdés “Tin Tán”, which was followed by “Escándalo de estrellas”, where he starred with the idol Pedro Infante, which led her to consecrate herself in the Golden Cinema.

In 1959, the Cuban rumbera She was in the best moment of her career, however she decided to go into exile in Panama, along with her husband and their only daughter, Ydania. Orlando Villegas, in addition to being her husband, was her representative. In that country he participated in television shows that featured the best exiled Cuban actors such as Armando Roblán, Rolando Barral, and Leopoldo Fernández “Tres Patines”.

He got to have his own television program “El Show de Blanquita Amaro”. In 1968 he moved to Miami, where he had his own theater, and worked for many years on radio shows. His last film appearance was in “How Hot Miami is!” In 1980.

For 28 years, Blanquita Amaro presented the show “Cuba sing and dance,” directed by her daughter and produced by her son-in-law at the Miami-Dade County Auditorium.

In 2001, she suffered a cerebral thrombosis that worsened after losing her only daughter in October 2002, being left in the care of her grandchildren. He was seen publicly for the last time on January 27, 2007. He died in the city of Miami, on Thursday, March 15, 2007, the victim of a heart attack, as a result of the vascular problems he suffered.