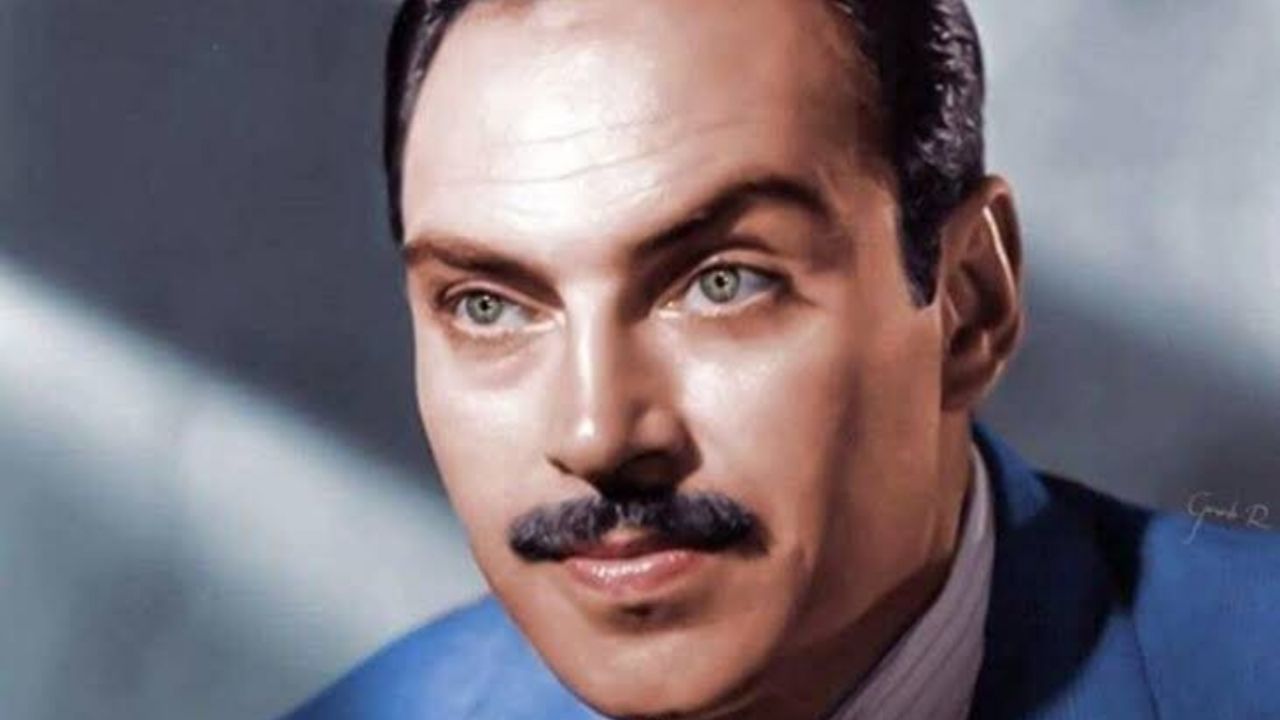 Pedro Armendariz He was one of the greatest figures of the Golden Age of Mexican Cinema Well, it practically saw the birth, growth and disappearance of this glorious stage within the national film industry, however, very few know that what was the reason why he decided to take his own lifeso this time we will reveal what was the real reason that led the actor to commit suicide, in addition, we will tell you other information about his career that you possibly did not know.

The actor’s full name was Pedro Gregoriano Armendariz Hastings, who was born on May 9, 1912 in Mexico City, however, spent much of his childhood and adolescence in Texas, United States, where his mother was from and because of this he was later his ability to speak English opened several paths for him.

As far as is known, Pedro Armendariz graduated from California Polytechnic State University with an engineering degree. Y it was at this stage of his life that he discovered his histrionic talent by participating in various school productions, once he finished his studies decided to try his luck in Mexico City where he had a job in the railway industry and also worked as a journalist in a bilingual magazine and as if that were not enough, he was also a tourist guide.

In 1935, the film director Miguel Zacarías discovered his talent almost by accident because Pedro Armendariz recited a monologue from “Hamlet” to a tourist and his talent impressed the director, who without thinking He gave her the opportunity to make her film debut in the movie “María Elena” and that is how her successful career began.

Once the 1940s entered, his activity in the cinema intensified due to the fact that He became one of the spoiled actors of Emilio “El indio” Fernández with whom he would film his greatest films as “I am pure Mexican”, “Flor Silvestre”, “María Candelaria”, “Bugambilia”, “Enamorada” and “Maclovia”just to mention a few.

In this same decade, Pedro Armendariz achieved international fame thanks to “Maria Candelaria” and by the end of the 1940s he reached Hollywood where he participated in different productions under the tutelage of John Ford and as if that were not enough, he also had several Participations in French, Spanish, Italian and English films for which he came to be considered the most important actor in Mexico. For the 1950s, Pedro Armendáriz continued to participate in different international productions, however, he never stopped acting in Mexican films.

In the year of 1956, Pedro Armendariz participated in the film called “The Conqueror”which was filmed in an area of ​​Utah where the US government had conducted nuclear tests so there were high levels of radioactivity and it is believed that it was because of this that at least 91 of the 220 people involved in this production fell ill with some type of cancer, among them the famous mexican heartthrobwho was diagnosed as stomach cancer.

The symptoms of this disease began to affect the actor when the 1960s began, however, this condition did not stop his artistic activity so he still participated in different films, being “James Bond, From Russia with love” his last production because he was already too sick, even some of his scenes had to be performed by his double.

When the pain caused by this disease became unbearable, the actor went to the University of California Medical Center (UCLA), however, he was informed that there was nothing to do, so in one of his hospital stays He smuggled in a gun and decided to end his life by shooting himself, he was just 51 years old.

As for his personal life, Pedro Armendáriz was married to Carmelita Bohr and had two children, Pedro and Carmenwho, like his father, dedicated themselves to the entertainment industry.

Beautiful actress of the Cine de Oro denied AMORÍO with Pedro Infante, but a daughter pursues her legacy

Pedro Armendáriz: This was the reason why the leading man of the Golden Cinema took his own life