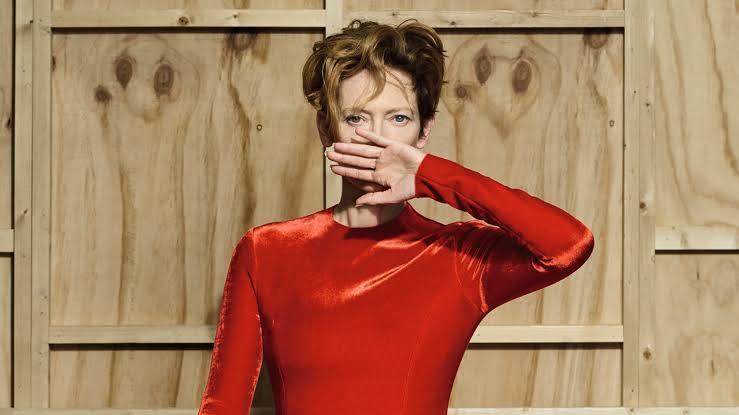 In these times of pandemic, Pedro Almodovar’s long-awaited short film is perhaps the most viable and relevant type of film production: the story of a person who, against his will, is isolated, with anguish and anxiety, unable to know if his situation is contingent or permanent, if this is the normality in which you will now have to live.

Loosely based on Jean Cocteau’s theatrical monologue first released in 1930, the plot has since been performed hundreds of times in all languages ​​and with all kinds of actresses (and even actors). It was adapted to the cinema by Roberto Rossellini in the 1940s with the monumental Anna Magnani, and then taken to the theater in New York in 1966 with santa Ingrid Bergman, this performance being recorded for the Broadway television archive.

The plot, that a scathing satire is the same as a subtle tragedy, is very significant and personal for the La Mancha filmmaker: is a key element in the script of his first masterpiece, ‘The Law of Desire’ and it is also the seed from which sprouted what turned out to be ehe first great world success of Pedro: ‘Women on the verge of a nervous breakdown’, so by making it his first job in English (and making it during the first outbreak of the pandemic with full protocol), the celebrated filmmaker is giving us, more than a whim, a long cherished dream, imperfect – like all dreams – but substantial and oozing with style.

Over 30 minutes, lovingly photographed by the prodigious Jose Luis Alcaine (Almodóvar’s regular collaborator since the 80s, precisely starting in ‘Mujeres …’), the monumental Tilda Swinton interprets to a woman who is not on the brink: she already had her mental breakdown. Her days are spent mainly in what appears to be a luxurious Madrid apartment, with a striking and vivid setting of thick reds and oranges (the legendary editor of Vogue, Diana Vreeland, of whom the director is very devoted, as if it were santa, I would be fascinated) that flood the screen, with a retro touch that could only exist in a movie by the same man who gave us ‘Talk to her’ and ‘The flower of my secret’, current fables completely dislocated in time.

As in its theatrical origin, we see this woman talking on the phone, anguished every moment that passes, with the demon lover who has just suddenly left her, only now instead of being glued to a telephone receiver like its predecessors, it does so by pods wireless while contemplate the suitcases prepared for a trip and the dog (an Alsatian shepherd) they shared, who clearly looks miserable and confused, afraid of being abandoned too, so he always follows her as she walks restlessly through the apartment or go to a nearby hardware store to buy an ax (We will not disclose how you use it).

Like other filmmakers he obviously admires –Bergman, Antonioni, Polanski, Malle, Resnais or Fassbinder– Almódovar deconstructs both the woman’s state of mind and her own emotional rhetoric, at first keeping his camera well inside this apartment and then taking us out, showing it to us on the outside, revealing something shocking: as well as the life of the woman together with this absent man, this sumptuous penthouse is illusory, props: exists but not it is.

By the time we know what the director wants to show us, it is impossible to take off the eyes of this anonymous woman which is beautiful, in an unconventional way, Dressed from head to toe in scarlet Balenciaga. She is surprisingly elegant, evidently a former actress or couture model; if anything, he’s talking ironically about how his look particular is now fashionable: the world demands it at this moment; incomprehensibly everyone wants her at the precise moment when her lover, the reason for her life at that point, feels the exact opposite and gets rid of it without ceremony.

With an eloquent, witty and yet strained voice, this woman (who can be ourselves) speaks, combining her majestic diction with a kind of subtle, hypercerebralized depression and sublimated fury. She seems to just want a real goodbye, face to face with this man who got away, isn’t that the least he can do for her? Tell her why she’s leaving, and maybe even acknowledge what she did and apologize for the debris he’s throwing at her?

At first we could assume that she is the aggrieved party, that she has been humiliated and offended, and that he, that bad man, has deceived her. But suddenly, in a moment that we don’t see coming she admits that it could also be that she is an “adventurer”. So maybe things are more ambiguous than we think. Maybe they have manipulated us, like all those great actresses who have done before with the putting of this monologue: from Magnani and Bergman, to Vanessa Redgrave, Sigourney Weaver, Sonia Braga and own Liv Ullmann, without forgetting the magnificent Spanish versions of Carmen Maura, Ariadna Gil and the exceptional Karina Gidi.

Inevitably, considering the lineage of the words, Swinton’s performance has a theatrical flair – it kind of feels like we could witness a stage performance – and there’s some frozen despair in it, beyond chic-but-depressed in the air and thank you that she, manitou capable of shapeshifting at will, provides this character with; hers is the voice of someone who is unwilling to give up their dignity or rationality and simply give in to an aura of sadness. Even taking pills does not allow you to loosen up completely, and there is something very sweet about the dog waking her up by licking her.

Thus we see that she gathers the fragments of her loneliness and painful desertion, to turn them into the raw material of a performance that is a burning pyre of self-expression. When you get to the end, you have the feeling that this is not a movie, not really; it is a diversion, an elegant dessert from Almodovar, fabulous looking in a rather mannered color palette, discreetly intertwined with the grim hint that overcoming the current malaise will mean some kind of sacrifice … but there may be a kind of hope before the desperate one-sided conversation between our haunted lovely and her ghost man ends.

‘The human voice’ is probably Pedro Almodóvar’s most idiosyncratic film in about 15 years (from ‘Return‘, or maybe since’The Skin I Live In‘) and its brevity only adds to the acute and immediate pain that it contains inside, as if it were a poisoned sweet, whose flavor does not leave the mouth completely.

IN VIDEO: Gael García Bernal: “Society has built a denial of death”