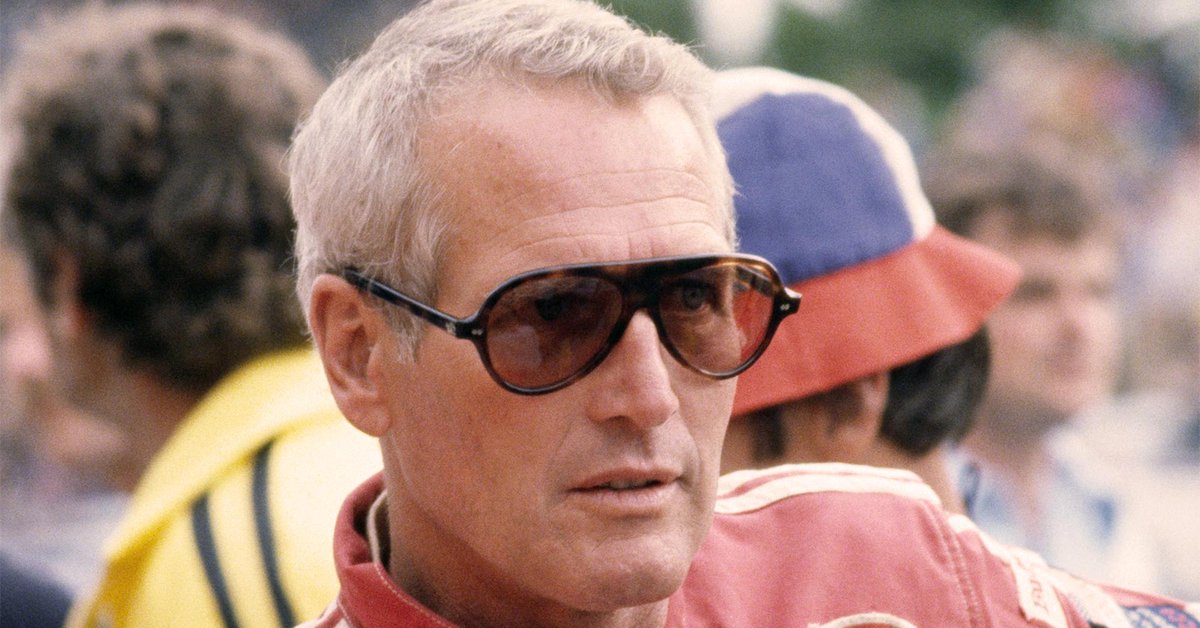 They say that Hollywood so dazzles those who enter the world of cinema, that it changes them forever. The lights of fame they are so intense that everything is overshadowed and many times the great stars simply transform into unreachable demigods.

However there is always an exception that proves the rule, and although there must be many other cases, that of Paul Newman seems to be one of them. And just to play with the same words, it could be said that what dazzled him were the lights of a car in his rear view mirror, in the middle of the night, running the 24 hours of Le Mans.

Of course, in order to run the mythical French race that was held every year (at least until the arrival of the Pandemic) on the second weekend of June because it is the shortest night of the year, you have to go through a few first minor tests that give a driver the hierarchy necessary to run Le Mans.

Paul Newman met the racing world in 1967, when Mario Andretti took him for a spin in a Pace Car during a race on the track Bridgehampton, Long Island. Newman had 42 years, age at which many pilots retire, but despite filming more than 50 movies, directed a few and won by then already 4 Oscars, nothing had impacted him more than that feeling of riding a car so close to the limits. It was love at first sight.

For that reason, just a year later, he accepted without hesitation, to participate in the filming of the movie Winning, which would premiere in 1969, and that told the story of a pilot who dedicates himself to racing with such fervor that he loses his wife. As in the film cameras were placed on the cars, Newman had to take a pilot course allowing him to deftly control the race car in the filming. Thus, he took sports driving lessons with the instructor Bob Bodurant, and from that moment, he discovered that there was a hidden passion within him, that completely overshadowed acting.

As if destiny had it written, it was during the filming of Butch Cassidy and the Sundance Kid, a year later, that Newman stayed with him Porsche de Robert Redford, with whom he starred in the film, and that is how he began to train in a particular way with the German car.

So yes, Newman felt like he could run, and that desire was something that made him sleepy. I wanted to start a race, to be alone with a car, no extras, no directors to stop the scenes if something went wrong. Fiction didn’t have the same adrenaline rush as real life. So he rented a Lotus Elan with which he won his first race of SCCA (Sports Car Club of America) on Thompson International Speedway in 1972, at 48 years.

He was already winning national races. It was time to buy his first racing car and start a decidedly professional stage. That first car was a Datsun 510, white with the blue and red colors that characterized the cars of the Japanese brand that would later be Nissan. Had the number 75, the favorite of Newman, and on its sides it had a discreet “PLN”, which was nothing other than the initials of Paul Leonard Newman. At the beginning he decided to identify himself in that way, to avoid that his participation in the races was taken as a promotional act for his acting career.

According Bob Sharp, owner of the team he was racing for, his first year was a struggle. He was rarely the fastest, but he was making steady progress. Newman was disciplined and clean.

The Datsun of the beginning of his own team, with which he won 14 of the 16 races in which he participated

On 1973 took the podium in five of the six races of the SCCA to which he intervened, including a victory. And for the following years he moved up the category by running in two SCCA classes alternately. Won 14 of 16 races in which he intervened, six with a Datsun 280ZX and eight in the B-Class sedans category with a 200SX. But since he wanted to progress, he started to run sporadically also in the endurance series of IMSA.

Thus came the opportunity to run in the 24hs of Le Mans 1979 with a Porsche 935 of more than 750 horsepower. Next to Dick Barbour and german Rolf Stommelen, they came in the second absolute place and the first in the IMSA car category. It was his great gift, the one that justified that of the glare in the rearview mirror, because at night, Newman he took turns at an excellent pace and contributed to that podium they got at the end of a racing day.

The 24 hours of Le Mans were his highest point, being second absolute in 1979. But he did not have a good time under the car, harassed by people, he never returned to the French race

But the experience would not be repeated. On the car he had been quick and he was happy. Down, no. Unfortunately, Paul’s experience at perhaps the largest motorsports event in the world was marred by her celebrity. Was all the time harassed by crowds, but not from the races, but from the world of Hollywood. That world from which he believed he was safe in the pits of a racetrack.

The 1979 Porsche 935 of the 24 Hours of Le Mans, with which he was second overall and first in his category

Kept running on EE.UU. in the series Trans-Am, always with Nissan and every so often he participated in a race of IMSA as part of the crew of three drivers of some car. Meanwhile, his passion led him to associate with Carl Haas (current owner of the homonymous team in the World Championship of Formula 1), in 1983. Newman/Haas Racing became one of the most enduring and successful teams in Indy. Mario Andretti won the 1984 championship, his son, Michael Andretti, reached it in 1991, Nigel Mansell in 1993, Cristiano da Matta in 2002 and Sebastien Bourdais between 2004 and 2007. Newman / Haas have achieved 107 victories in Indy auto racing since 1983.

But Paul Newman from time to time vice appeared. In 1995, at the age of 70 years and eight days, became the oldest pilot to be part of a winning crew, by obtaining victory in his class in the 24 Hours of Daytona.

Alongside Nigel Mansell in the 1993 Indy 500, in his role as co-owner of the successful Newman-Haas Indycar team

He drove past his 80 years old. In fact, did the pole position in his last race, on Watkins Glen en 2007, in which he wore number 81, how old he was. He was involved in the production of some documentaries related to motorsports such as Dale (2005), on the Nascar corridor, Dale Earnhardt.

His last intervention in the cinema, paradoxically it was in the animated film of Disney Pixar, Cars, in 2006. There he gave voice Doc Hudson, the character that represented the Hodson Hornet, a famous automobile in Nascar history.

On this Nissan he ran most of his careers at SCCA. The Trans-Am category had him as one of its animators with the pseudonym PLN, his initials

Shortly after, Paul Newman died of cancer. His life in and out of racing was recorded in the 2015 documentary, Winning: The Racing Life of Paul Newman.

Newman was included posthumously in the SCCA Hall of Fame at the national convention in Las Vegas, Nevada, on February 21, 2009.