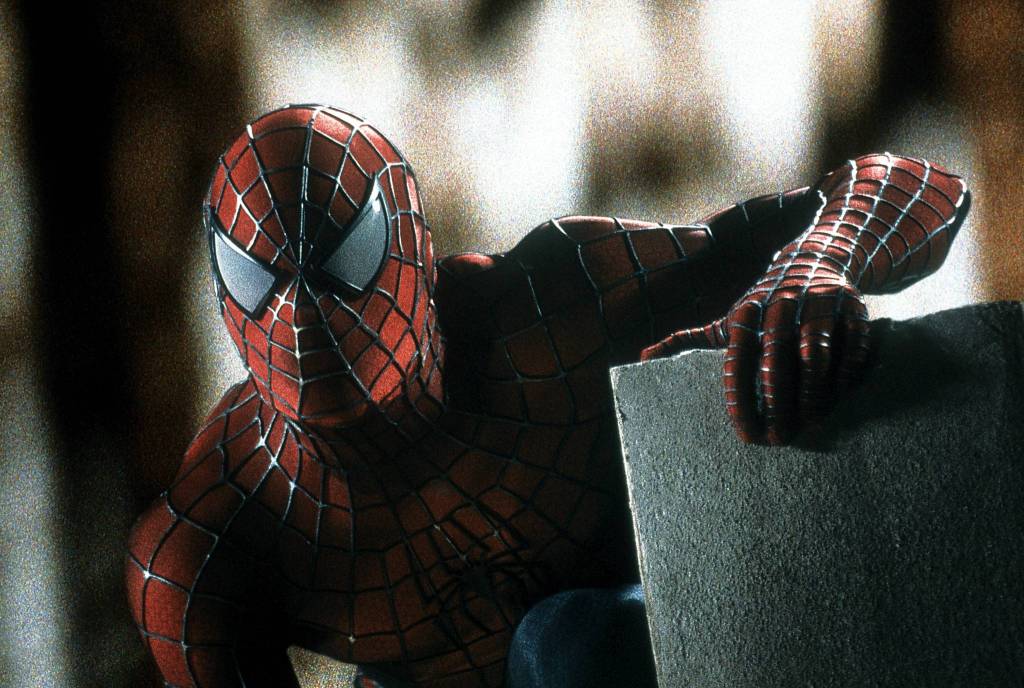 The first film of spider-man directed by Sam Raimi, released on May 3, is the one that showed the way to the superhero genre in the cinema. It is one of those films that, as they say, has aged well because even after many years, we continue to enjoy it every time we see it and because its characters have earned an important place over time.

Tobey Maguire, Kirsten Dunst, Willem Dafoe, JK Simmons… all that cast is unforgettable since, hand in hand with the aforementioned Raimi, they did what seemed impossible: make a good adaptation of Marvel’s flagship hero. Now, to add nostalgia to those memories, here we bring you the before and after of the cast of that iconic film.

For those of us who grew up with spider-man by SamRaimi, Tobey Maguire is the ultimate hero (with apologies to Andrew Garfield and Tom Holland), because he completely portrayed what Peter Parker was in the comics: a young genius but an outcast, somewhat lonely, bullied, but with good will and a big heart.

Furthermore, throughout his saga, Maguire’s Peter made us empathize with him in every way for his misfortune, from Uncle Ben’s death to the jobs he lost, how he couldn’t balance his normal life with that of a hero and a lot of other things. And already in terms of action, without a doubt Tobey’s version of Spidey was the one that gave us the most intense fights (unforgettable train battles against Doc Ock or the final fight with the Green Goblin in the first movie).

After spider-manTobey Maguire was in other great productions among which stood out The Great Gatsby (alongside his longtime buddy, Leonardo DiCaprio), Brothers, Pawn Sacrificereturned to the role of the arachnid as a guest star in Spider-Man: No Way Home and in 2022, he will also have a role as Charles Chaplin in the film Babylon by Damien Chazelle.

As defined by Peter Parker at the beginning of the first film, “The girl next door, who I’ve been in love with since before I liked girls.”. That mere is Mary Jane Watson, played by Kirsten Dunst in one of the most iconic roles of that saga.

But beyond the love interest of the hero, it must be said that MJ also had a complicated life. Although she was not the focus of the plot, it was known that she had a complicated relationship with her parents and an important dream to shine as a Broadway actress, which he ends up achieving at some point in the story. Of course, imagine being constantly in danger every time a supervillain comes to town… what a thing.

The race of Kirsten Dunstwe must say, has been too successful even though many people remember it essentially for spider-man. She went from doing movies and child roles like in Small Soldiers, Jumanji Y Little Womento take leading and more serious roles as in Marie Antoinette, Melancholia and more recently in The Power Of The Dog, which earned him an Oscar nomination for his personal record of award nominations. Tremendous actress.

It is curious because if there is a supervillain costume that has been adapted in the most different way possible to the comic, that is the one of the Green Goblin by Willem Dafoe. But his portrayal of Norman Osborn as the antagonist is so good that honestly, the suit of Spider-Man’s archenemy takes a backseat.

A ruthless and hate-driven guy, even justified in some way by the way he gets kicked out of his own company. Also a guy who, in his own way, sought to rescue a little the honor of his family (despite the fact that his relationship with his son, Harry, was not the best). One of the strong points of the character in the film is his origin, as Norman ends up going crazy because of the Goblin formula. in the face of his own urgency to save his legacy at Oscorp.

An incredible villain who gave us goosebumps again when he reappeared in No Way Home with Dafoe himself reprising the role. And what to say about this actorwho came to Raimi’s tape already as a figure and later, continued taking fantastic roles as in John Wick, The Lighthouse, The Northman Y Nightmare Alley.

You can also read: “Raindrops Keep Falling On My Head”: The ‘Spider-Man 2’ Song That Bob Dylan Rejected

Surely you like us will think of it in the same way: JK Simmons was born to play the role of J. Jonah Jamesonthe irreverent, slightly verbally aggressive and funny editor-in-chief of the Daily Bugle who gives Peter Parker his first job as a photographer.

Strictly speaking, he was a secondary character… but he was one of those who he stole the moment every time he had to appear on screen. There is even a laugh of his that became a meme, remember? And although he was a bit tainted with his workers, at least he had ethics and that is evident when the Green Goblin threatens him to give him the name of the person who takes the photos of Spider-Man. Of course, the big mustache says nothing even when the villain’s fist is about to embed itself in his face.

JK Simmons is another great actor who, after that movie, had a major resurgence thanks to movies like Juno, Whiplash, Being The Ricardos, No Way Home in the same role (but with a Jameson from the MCU universe) and even had the luxury of being part of the DC cinematic universe as the James Gordon of that saga.

Harry Osborn’s character was a back and forth between disliking him, liking him, and feeling down for him. He was Peter Parker’s best friend and defended him from Flash and his bullies… but then he applied the ‘chapulineada’ when he started dating Mary Jane Watson although she knew Pete wanted with her.

Well, it goes without saying what happened to James Franco in the entertainment world. Going from being a respected figure to being singled out for sexual assault and abuse… speechless.

A tender, loving granny and above all, quite wise. This is how we could define Aunt May in the first film of spider-manperformed by the legendary RosemaryHarris. It was another one of those supporting roles that whenever they came along, they had something really important to add to the main character’s plot, whether it was someone to save, maybe a comedic moment and above all, a piece of advice full of wisdom.

In this article we are essentially talking about the first film in the saga, but we cannot miss his dialogue from the second film where he reflects about what it means to be a hero.

Rosemary Harris was already an established actress, especially for her TV roles as Notorious Woman which earned him an Emmy in the late 1970s. After Spider-Man, he continued to appear in some notable films such as Before the Devil Knows You’re Dead Y andn any episode of the series The Undoing of 2020.

Unless you’re Tom Holland’s Peter Parker from the MCU, there is no Spider-Man without Uncle Ben. And without a doubt, Cliff Robertson gave us a brief but significant appearance in Sam Raimi’s first film.

A man concerned about his family, always trying to instill good values ​​in his nephew (who is like his son)… His legacy will always be that phrase that gives us goosebumps: “With great power comes great responsibility”. Even writing it gives us emotion! And his importance is so great that even in the third part of the Raimi saga, his death gives meaning to the appearance of Flint Marko/El Sandero (one of the most redeemable things about that movie that many did not like).

Like Rosemary Harris, Cliff Robertson came to the Spider-Man franchise as an established actor with a long and important career, preceded mainly by an Oscar to Best Actor in 1968 for his performance in Charley. Cliff passed away on September 10, 2011, one day after his 88th birthday.

Parker, you’re insane! The before and after of the cast of Sam Raimi’s ‘Spider-Man’