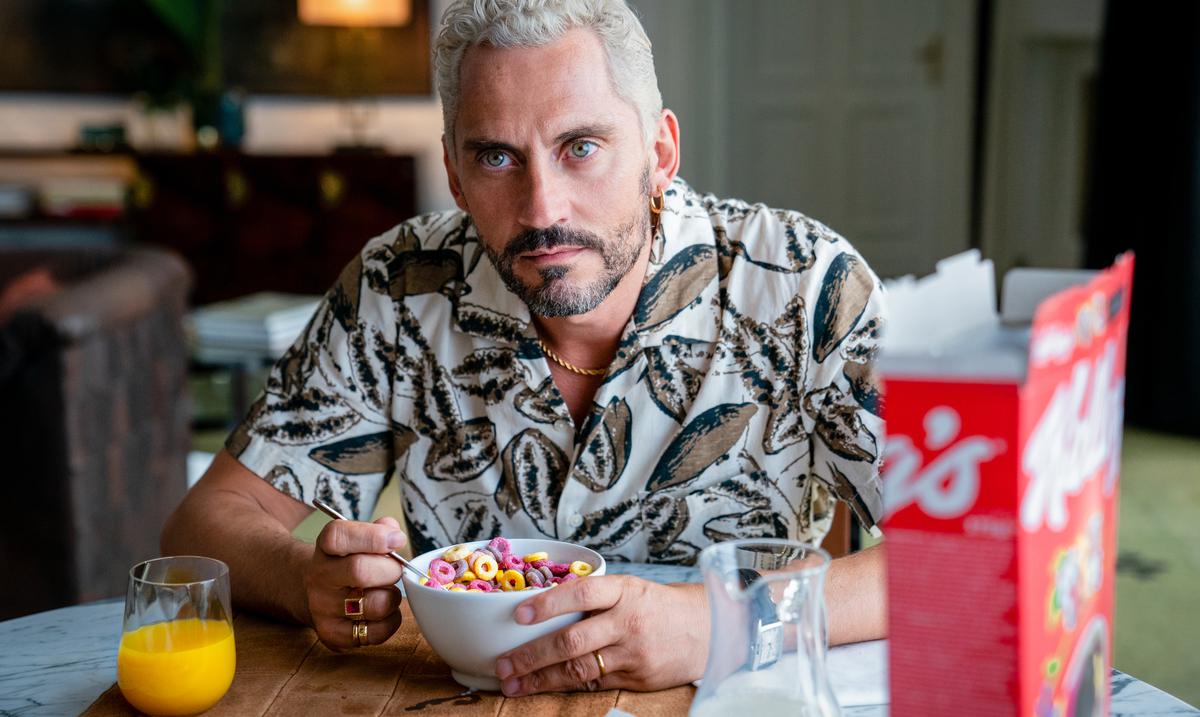 The dream of all actors, to succeed in Hollywood, never caught the attention of Paco León. And even so, the Spaniard has ended up sharing the screen with the iconic Nicolas Cage in an American production that opens this week, an experience that he has described as “interesting”, but that has not completely seduced him.

“The truth is that no,” León bluntly answers in an interview with Efe when asked if he is interested in promoting his career in Hollywood, now that he has set foot inside.

“Mainly for two reasons: because I have a lot of work in Spain, and because acting in English seems like an experience, but that’s where it ends. (…) It was never my goal”, he explains from a room at Park Lane, one of the most luxurious hotels in New York, located a few meters from Central Park.

The 47-year-old Sevillian has participated with a short but key role in “The Unbearable Weight of Massive Talent”, something like “The insufferable weight of enormous talent”, a light film, less than two hours long, that mixes comedy and action in equal parts, and that counts as protagonists with Nicolas Cage and the Chilean Pedro Pascal.

In it, Cage laughs at himself by sarcastically portraying himself as an elderly actor who has fallen into oblivion and is burdened with more and more debt, as well as a seriously damaged ego unable to shake the memory. of his years of success.

To try to reduce these debts, he agrees to go to Mallorca to the birthday party of a billionaire, a passionate follower of the actor who is willing to pay a significant amount of money for the mere presence of Nicolas Cage.

It is a project that came to León unexpectedly, and that he initially rejected, knowing that it included conversations in English.

“No, no, I don’t speak English, I can’t act in English,” León said when he learned that he was asked to audition for the film. But those responsible for the film, directed by Tom Gormican, insisted that it was a short dialogue.

Although at that time he was on the beach on vacation, León gave free rein to his imagination, and recorded a small sample of his character: “I had the idea of ​​eating ‘Fruit Loops’, the cereals, and that to Tom, the director, It seemed like a good idea to describe the character.”

One of the biggest challenges for the veteran actor was working in a foreign language and surrounded by an American production team, although the essence of his character, who is of Spanish nationality, allowed him to improvise.

“It was very hard. When you act in another language that you don’t know, you imitate a bit and work on it. But also with the freedom that he is a Spanish character who can have his way of speaking, his accent, and with it being understood, I think it was enough, ”he explained.

“After the shooting, it was complicated, because of course, in a shooting all in English, I missed many things, and there are some very funny anecdotes now, but at that time it was ‘earth swallow me’”, he added.

León confesses that, although he is not a mythomaniac, he did feel more pressure in the scenes he had to shoot with Cage: “I had a great time with him, but at times images came to me and I said ‘holy shit, it’s Sailor from ‘Corazón Wild ‘my favorite movie’, or a thousand movies that went through my head”.

The film will be released in the US on April 22, on April 28 in Mexico and on May 5 in Colombia and Argentina (there is no date for Spain), while it is not ruled out that it will reach the platforms at some point. of entertainment so that it can be seen globally.

Paco León arrives in Hollywood, but not to stay: “It was never my goal”