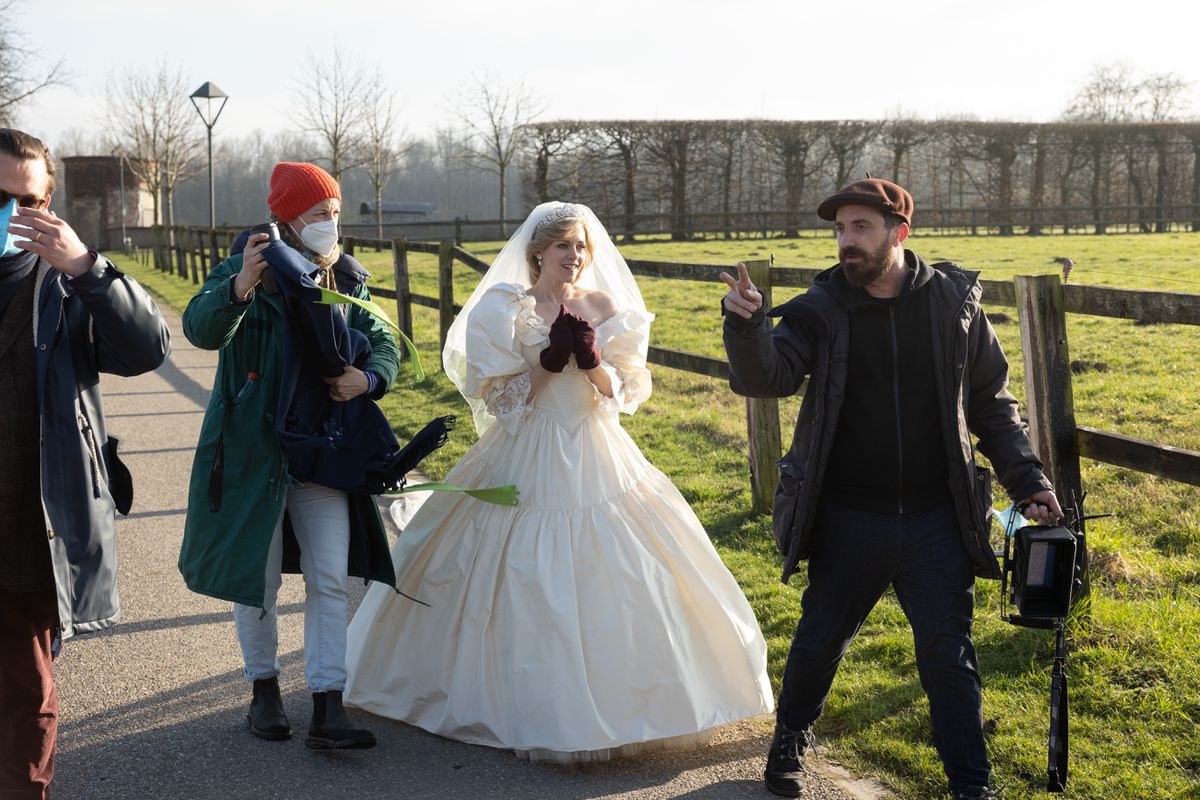 In the frames of Pablo Larraín’s cinema (Santiago de Chile, 45 years old) an icy wind always blows. Cala the bones and the soul of the spectator, through the empty rooms of the White House of Jackie (2016), of the brothels that the poet laureate of Neruda (2016), from the house where the pedophile priests of The club (2015), affects the relationships described in Mom (2019) or to the electoral campaign shown in No (2012) and, of course, enters the funeral home of Post Mortem (2010) and in the anti-Pinochet activities of the protagonists of Tony Manero (2008). That coldness makes the members of the British royal house almost ghosts, appearing as specters demanding homage to Diana of Wales, Lady Di, on a Christmas vacation. Those three days of terror and empowerment cement Spencer, Larraín’s new drama, which opens next Friday, and where Kristen Stewart —By her choices, one of the most intelligent actresses of the moment — embodies the princess who lived the most famous divorce of the twentieth century.

Larraín turns on the computer in the suite of a London hotel where he faces the European promotion of his film. Behind the world premiere of the drama at the Venice film festival, which was accompanied by good reviews, acknowledges that the campaign “is being intense, but it is going well.” Sitting on a sofa upholstered in striped fabric, the talk begins: “Being here adds something to this movie. The British see it differently, obviously. I also think that they, who are very used to telling stories of societies that are not their own, find it interesting that someone from outside addresses issues that are very close to them. They ask me if the movie is going to cause controversy. There are elements … perhaps dangerous ”.

Spencer, a project born from the hand of Larraín, who commissioned Stephen Knight (Promises of this, Peaky Blinders) the script was shot in Germany, very quickly, “with only two or three shots per shot,” says the filmmaker. “I felt very comfortable,” he says. And with Stewart glued to the camera. “It was curious. The delicate material was imposing. I always felt that Kristen was unwavering, solid, very confident after a long preparation, and that gave the rest of the team security. When I told this in Venice, she replied: ‘No, I was terrified! But I saw you for sure and held on to it. ‘ Anyway, we saw the same in the other, when we were scared. “

Lady Di arrives alone at Sandringham, the palace where the British royal family spends Christmas, and which the princess, who was born and raised a short distance from that estate, hated with all her might. The landing of servants, cooks, ingredients for banquets, dresses and lackeys is portrayed as if it were a military operation. A date is not specified (because of Guillermo and Enrique’s age, it could be 1992), but a sensation: Lady Di drowns in those quicksand and, either makes a drastic decision, or she will be engulfed by unhappiness. In very few sequences you see a group of people: most of each day Diana Spencer walks through rooms and lounges as if she were starring Another twist, the Henry James.

The most fascinating thing about Lady Di, warns the filmmaker, is that millions of people felt enormous empathy for her, when few knew her and much less knew the hell into which her marriage to Charles of England was melting. “After almost two years of research, I realized that the more information I had, the less I knew,” he reflects. “The mystery that enveloped Diana is seductive. It is a paradox that increases the interest the more incomprehensible it is. For the cinema, this is valuable: viewers have a preview of Diana and after watching the film each one creates their version. Spencer it becomes a private enjoyment in which the public contributes its autobiography. A wonderful interrelation ”. An upside-down fairy tale? “At least the traditional one is beaten. The narrative of meeting and marrying a prince charming doesn’t include the princess saying, ‘You know what? I can’t take it anymore and I’m leaving. ‘ Diana grabs her children and leaves. Only then can it have its own identity ”. That is why the film begins “with a brutal psychological crisis that goes through a state of panic, which turns into psychological terror and ends in a healing process.”

I always felt that Kristen Stewart was unwavering, solid, and that gave the rest of the team security. When I told this at the Venice festival, she replied: ‘No, I was terrified!’

Hence Spencer remember to The Exorcist oh The seed of the devil, to the cinematic terror of the seventies. “The space has a very relevant role, as in those works, and the family is so far away that it produces an inverse effect of overwhelm”, he analyzes. “The pressure that Diana endures is reminiscent of that of the protagonist of Possession, de Andrzej Zulawski. Panic is born out of proximity, not distance. Let me point out that it is not a genre film, it is not The glow. Here the character has an internal crisis that adds to his surroundings: it is a fiction based on two forms of panic ”.

The structure that surrounds the princess is over 1,200 years old “trapped in history and tradition.” And here Larraín’s cinema enters with a machete: “People from both the royal family and the servants come and go; the rituals remain, repeating themselves for centuries to the point of absurdity. And that absurdity you can treat in a reverential way, like the series The Crown, or bring it to humor, as in Barry Lyndon, or from panic, which is what we are trying to do ”. As it is heard in Spencer: “No one is above tradition”, and in each generation there is a discordant element that collides with that slab: the Duke of Windsor, Lady Di, Enrique … “It is also a film about motherhood, and Diana warns his children: ‘In this place the past and the present are the same thing, and the future does not exist, “concludes the director. “Time in this microcosm is irrelevant. Someone like Anne Boleyn, beheaded 500 years before, has in some of its elements similarity with the reality of Diana. I have almost shot a mythological exercise ”.

Now Larraín is in his native country, attentive to the presidential elections to be held on November 21. From London he announced: “Interesting times are coming, in the middle of a difficult but beautiful process. I want to be there when Gabriel Boric be president. That man has within him the hope of many. I have always voted, but for the first time I do so with joy and conviction. Finally, someone understands us, and I want to film that process ”.

Pablo Larraín: “The mystery that enveloped Lady Di is seductive”