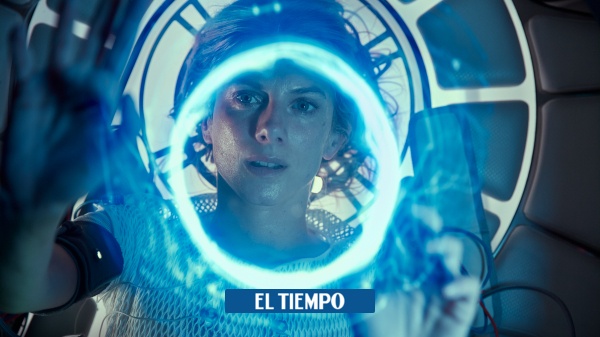 Oxygen, the new film by the French director Alexandre Aja, it takes your breath away. The anguish of the protagonist crosses the screen in a universe that moves between claustrophobia, terror and science fiction and the viewer enters an oppressive and visually hypnotic experience.

Aja, famous for more earthly and bloody terrors like the great High voltage o The awakening of the devil, and that has also fallen into the clutches of the most basic and predictable emotions such as a new version of Piranha or the story of terrifying crocodiles with very digital aesthetics in Crawl, reminds us that, beyond some ups and downs, possibly in search of a greater commercial impact, he is a very meticulous director and good at making the viewer uncomfortable.

It may interest you: Lindsay Lohan returns to acting and will star in Netflix film

Netflix has been left with a really powerful success by shaking hands to bring to fruition its new adventure (and perhaps the deepest of its career): Oxygen.
The film has been praised (and rightly so) for having a risky plot in which a single character carries almost the entire weight of the story on his shoulders in a futuristic context.

The French director marks his great control in psychological terror, but mixes the right dose of drama. Everything revolves around a woman who appears in a vital conservation chamber with the alert that she is losing oxygen.

Trapped, in a terrifying posture between cables, control boards and an artificial intelligence voice that informs her of her critical situation, Oxygen gives way to the excellent acting work of Mélanie Laurent (the unforgettable owner of the cinema that finally burns in Inglorious Bastards, from Quentin Tarantino). In this film he takes center stage with a shocking and demanding acting journey both physically and psychologically.

Melanie Laurent in a scene from Inglorious Bastards.

The air is running out little by little, the feeling of despair is transferred to the viewer. Laurent is credible and nothing excessive in his quest to survive and understand why the hell he ended up in that situation.

“It’s interesting because it’s not often that we experience something at the same time between a director and an actress. But with this script, which Alexandre was able to explore for a long time, it gave him the opportunity to fantasize. Same thing happened to me. I completely fell in love with the character, who is beautiful, strong, moving, and human. We were very touched by her and we had an almost blissful smile, like when we talk about someone we love. We wanted to protect her and make her as strong, normal, weak and human as possible ”, Laurent recalled in an interview with the digital magazine Deadline.com.

In Oxygen the actress Mélanie Laurent achieves a dramatic and terrifying role.

As an audience, one also wants the well-being of the protagonist, but also to understand what a woman is doing inside a capsule that could serve as a clean, bright coffin with all the paraphernalia for a game of life and death.
And, of course, little by little some details are revealed, twists are raised that lead to explanations that tend to get out of control until exploding into a denser conflict, while the protagonist quickly goes from horror to psychosis, rage and strength. of will to try to live.

The camera and montage work is impeccable (despite the demanding conditions of the context), and the rhythm is not lost at any time.

The French actress experiences anger, pain and fear as she tries to understand what is happening to her.

Those who have seen movies like Buried (with Ryan Reynolds) or Locke, which showed a Tom Hardy driving on a highway and receiving phone calls in which his life was falling apart, will understand the format that Oxygen is betting on.

Although it somersaults to give another air to your claustrophobic soul, Aja’s production does not collapse and he even has time to reflect on life, manipulation and the power of memories, despite the fact that the meters are always reminding the viewer that that life is extinguished, it deflates.

In reality, this effective and emotional adventure works because, although it sounds strange, it does not enclose itself in the schemes of oppressive cinema and is capable of triggering its tension in a larger context, being inversely proportional to its terrifying metaphor of confinement.

It may interest you: Series and films that talk about slavery and what to see

In order to Alexandre Aja, the idea of ​​suffocating his viewers came from when he saw the movie The Shining, from Stanley kubrick. He was struck by a deranged Jack Nicholson in a lonely and gigantic hotel, but one that revealed a strange sense of isolation, which, he said, generated a tightness in his chest and startles. Something similar happens with oxygen.