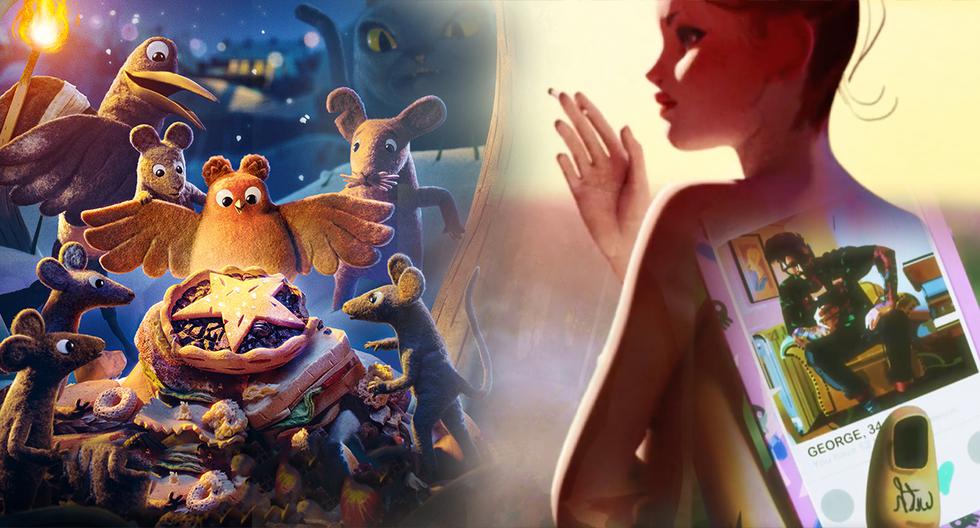 A short film is like a mid-morning snack: delicious, refreshing and fast. In an average of 15 minutes, it makes one reflect on something that is rarely reflected on. From the perspective of their authors, that is the taste left by the shorts nominated for the Oscar Awards 2022, “Robin Robin” and “The Windshield Wiper”, by the British Michael Please and Dan Ojari and the Spanish Alberto Mielgo. How much can you enjoy them and what is the science behind this art? Two professional animators answer this to Skip Intro to finally tell us why everyone should see short films at least once in their life.

SIGHT: Oscar 2022: where to watch the nominees for Best Animated Film and Short in streaming

If I say the words ‘cartoons’, Disney probably comes to mind, because animation comes down to that common style, which is a brand tattooed on the brain of the public. Over the years, festivals and Academy of Motion Picture Arts and Sciences (AMPAS) awards have turned their eyes towards different aesthetics, where the character design is not the same type, as a vague example, round ears and perfect curves. This is so that these short stories, which are sometimes more restorative than years of therapy, grow as a genre.

Together with the CEO of Red Animation Studios, Milton Guerrero, and the audiovisual animator and general director of Maneki Studio, Alonso Vega-Peña, let’s take a closer look at two animated shorts that come out of the box to be worthy of competition, or not?

Check out the trailer here, or the full short film available on Netflix, before reading on:

“My impression is that ‘Robin Robin’ has been conceived as a medium-length film for children, and not as a short film. I did not find a larger message that justifies the 35 minute duration. It’s a nice and simple story. Sometimes I feel like those kinds of stories are like underestimating what a child can grasp. Because I have seen many stories with a more powerful message without being fatalistic and humorous. Or in any case, it seems so basic to me that children can understand it in the first two minutes and know what is going to happen next”, says Milton Guerrero.

“I don’t know if you have noticed, but almost all movies, at least from Disney and Pixar, are similar. And there you have to try to break the style a bit, as happened with Sony with the animated Spider-Man movie, which he broke with everything, because his drawings are not what they usually are. So, the trend now is to break a little with that. Because the interesting thing about ‘Robin Robin’ is the visual art outside of trends. It is a short more focused on the family and it premiered around Christmas, I know that this was developed for a special event between companies and Netflix, therefore it can go that way when it decides to be musical”, says Alonso Vega-Peña.

We have already realized that animated and musical shorts aren’t just for kidsfor example, “The sausage party” (available on Netflix), in which a group of personified sausages fight not to die in the kitchen. It is a film where the language is that of adults and the expressions and movements do not take care to make a children’s narrative, because it is not. However, in the case of “Robin Robin”, we do see it. It is about the search for identity, one of the best-selling themes in the industrywith the slips and pauses of a bird that thinks it’s a mouse, dances, sings and is patient and naive in discovering where it fits in the world.

“Robin Robin”, developed by the world reference in stop motion animation, the Aardman studio, has a well-achieved technique and sticks to its sweet and delicate style. The balance between the dark and the childish through characters who speak more with their eyes than with their mouths has 10 points. But more than producing a resounding emotion, the impressive thing about “Robin Robin” is the animation workwhich requires taking dozens, if not hundreds, of photographs of each tiny movement of the drawing and then putting them all together and producing a movement, thus achieving an almost digital fluidity without being digital.

Watch the full short film hereor the trailer below, before reading on:

“In ‘Robin Robin,’ there is a beginning and an end. Instead, in ‘The Windshield Wiper’, there is a slightly more abstract animation. You don’t just have to watch the short once. It starts with the man in the cafeteria and ends with him in the same place. She has to do with things that happen in real life and how love is understood. Cellphone guys who are on Tinder but don’t even realize it because they’re on their cellphones, and they were the perfect match. Then, under a contrast between stories, there is a scene with an old couple. They are all couple situations. It’s like what the director of the short, Alberto Mielgo, said about the windshield wiper (‘windshield wiper’, translated from English), which always has a way of cleaning, but in that cleaning the pattern is different, like saying ‘love is like that ‘, it will always be different” interprets Alonso Vega-Peña.

“The plot of ‘The Windshield Wiper’ is complex but interesting. I think it meets what would be a short film for adults, that moves, makes you think and you need to see it many times to understand it. Because, the second time, you realize more things. I really enjoyed it and it seems to me that it fulfills its objective. And it doesn’t mean that I fully understand it. I am sure that for another person it means something completely different, which is summed up in how are you ready for life if you are not ready for love. Everything led to that moment,” says Milton Guerrero.

“The Windshield Wiper” has a universal theme, like earthly love, as complex as it is multipolar. The 15-minute short film is like a canvas, like any short story, where the technique is not as strong as the emotions it provokes in the viewer. In the line, according to the expert animators, the budget was minimized by painting the backgrounds instead of making them digital, while the drawings were created in 3D (all by computer). It was not an easy task, but the message strikes a chord and turns the ‘short’ into a relevant piece for the competition.

Alberto Mielgo, who worked on “The Windshield Wiper” at the same time as he did on “Spider-Man: Into the Spider-Verse”, ensures almost identical animations. That his story is at the 2022 Oscar Awards shows that he wants to break with traditional animations. Because many times those short stories that mark us are the starting point for that technique to become popular, as was largely the case with Pixar’s established designs. Although it is not a rule, since there are many directors who in their professional lives only make short films and not feature films, the truth is that if there were no animated ‘shorts’, surely many filmmakers would not be able to develop new techniques in animation and we could not reflect on something that we have not reflected on in 10 years in just 15 minutes.

Write us in a direct message to @saltarintrope to know what score from 1 to 10 you give to “Robin Robin” and “The Windshield Wiper”. And let’s wait together for the delivery of the Oscars 2022 this March 27! 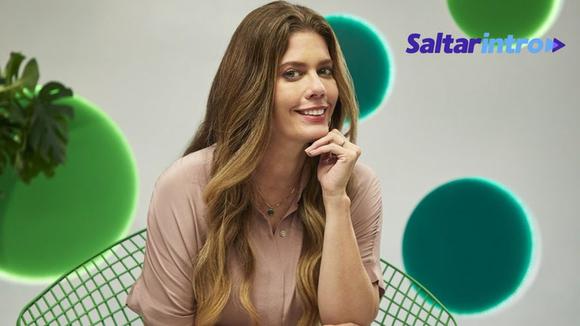 Lorna Cepeda explains why she did not finish seeing “I am Betty, the ugly one”. (Source: Skip Intro)

Oscar 2022: “Robin Robin” and “The Windshield Wiper”, two nominees that will make you love shorts