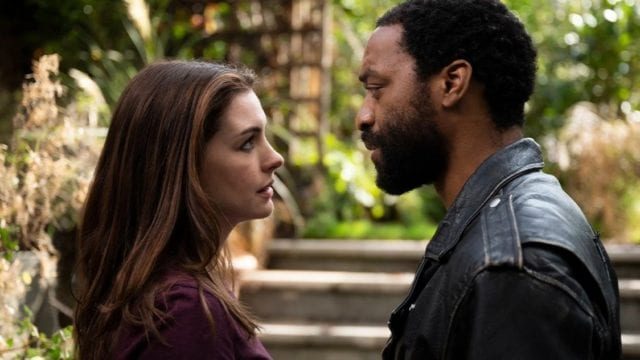 Now that HBO Max has arrived in Latin America, there are several treasures to discover within its catalog. Since its launch in the United States, the company has accumulated several original productions, including a series of films that now cannot ignore.

You may be undecided about what to watch in the extensive repertoire that HBO Max brings with it. If you want something really new, feel free to refer to your original productions.

Take note, below, we leave you five original HBO Max films that arrived together with their premiere in the Latin American territory and that are waiting for a chance. Anne Hathaway, Meryl Streep, Melissa MacCarthy and many more big name actors star in these films.

Based on the novel by Ted Caplan and Jenni Hendriks, the film is a road buddy comedy-drama. A teenage story starring Barbie Ferrera and Haley Lu, where one of them becomes pregnant and changes the perspective of life she wanted. Determined to have an abortion, they set out with their friend on a road trip to get to Albuquerque in New Mexico, a place where abortion is safe and legal.

Pleasing its new subscribers, HBO Max has also explored the crime thriller genre. A group of criminals will face bigger problems than expected after a robbery does not go as expected. Set in the 1950s, the film is ready to take its viewers on a labyrinthine development in the company of a large cast.

A touch of comedy comes with this hilarious film starring Melissa McCarthy. This film will be the antidote to a monotonous afternoon, the plot follows Carol Peters who is chosen by the world’s first superintelligence who has selected her for observation without imagining what plot to take charge of everything. She thus becomes the last chance for humanity to show whether people are worth saving.

Let them all talk

HBO Max has also collaborated with great actors in their productions, as evidenced by this story featuring Meryl Streep, Diane West and Candice Bergen. In the film Streep personifies a renowned writer who embarks on a cruise accompanied by her two best friends. In the course of it, she will remember that she has not been as good a friend as she thought, facing the emotions that were unleashed when all the characters were on a cruise.

Anne Hathaway and Chiwetel Ejiofor star in this romantic comedy whose context takes place during the Covid-19 pandemic. The couple will have to overcome the sentimental problems they faced while they spend the quarantine together. This plot is perhaps a reflection of what many couples went through while we were confined to our homes. Fights, video calls, mandatory distance in the same place and more, is what we can see in this tape. Will love solve every problem? We’ll see.

* In partnership with Forbes Mexico, article of Forbes Staff.