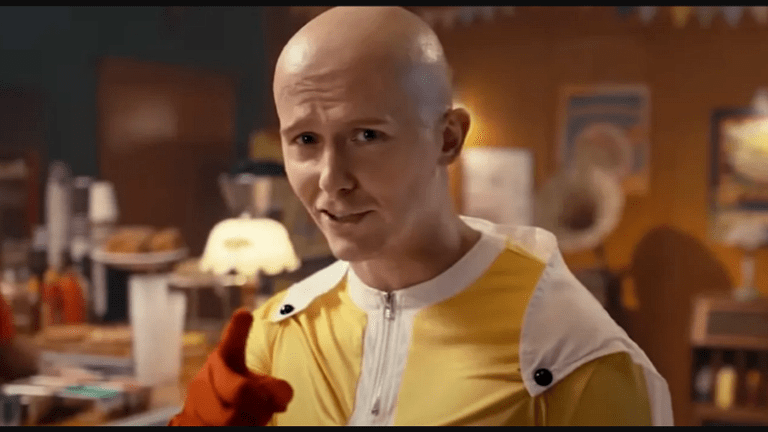 One-Punch Man has finally gotten its Live-Action adaptation, though we don’t think it’s what fans were expecting (or even thinking). As we well know, Saitama he is one of the strongest warriors in his universe and many others within the manga and anime, accompanied by the incredible art of Yusuke Murata. However, it seems that their video games do not have the same luck and popularity as this video demonstrates:

As we can see, the clip focuses on Saitama in his usual yellow suit, and his head glowing as usual. It doesn’t take long for things to take a turn when the hero starts rapping. And this time, Genos isn’t there to stop Saitama from embarrassing himself in public. The promo appears to be based on a familiar meme, and anyone who’s seen Adam Sandler’s Jack and Jill will recognize it.

Saitama is rapping with the Dunkaccino meme of all things. So, as you can imagine, his fans weren’t ready for One-Punch Man to try the old school meme. But if that’s how the world wants to give us an Adam Sandler anime crossover, we’re up for it. Of course, this embarrassing announcement has taken the internet by storm, and the hype is definitely welcome as a possible live-action he seems to be keeping.

It all came to light on social media as netizens on Twitter and Reddit and beyond found the clip in their feed. To promote One Punch Man: The Strongest, the mobile app decided it was time to launch a live action promo, and the English version is absolutely wild. This franchise has been around the block several times since its debut, and the franchise is no stranger to the internet. In fact, the series became the hit thanks to the online fandom, and Saitama has spawned a lot of memes in his time. The bald-headed hero has no problem with his viral fame, and now a new ad is cashing in on that notoriety with a heavy dose of embarrassment..

After a long time of focusing on Saitama and Garou’s character development, One-Punch Man finally returns to his comic roots in Chapter 166. This article will contain spoilersif you have not reached this final arc, we recommend you read it through Viz Average. Well, finally we see back some of the main tropes that made this work famous.

After Saitama showed Garou what true strength was, the Hero Hunter was ready to stop trying to take down the overpowered hero. However, a God intervened and granted the Hero Hunter divine power, allowing him to deploy nuclear attacks and raise his copy ability to the extreme. Garou’s desire to beat Saitama returned, and in his attempt to do so, assassinated Genos in front of Cape Bald. However, this awakened the true potential of our protagonist. 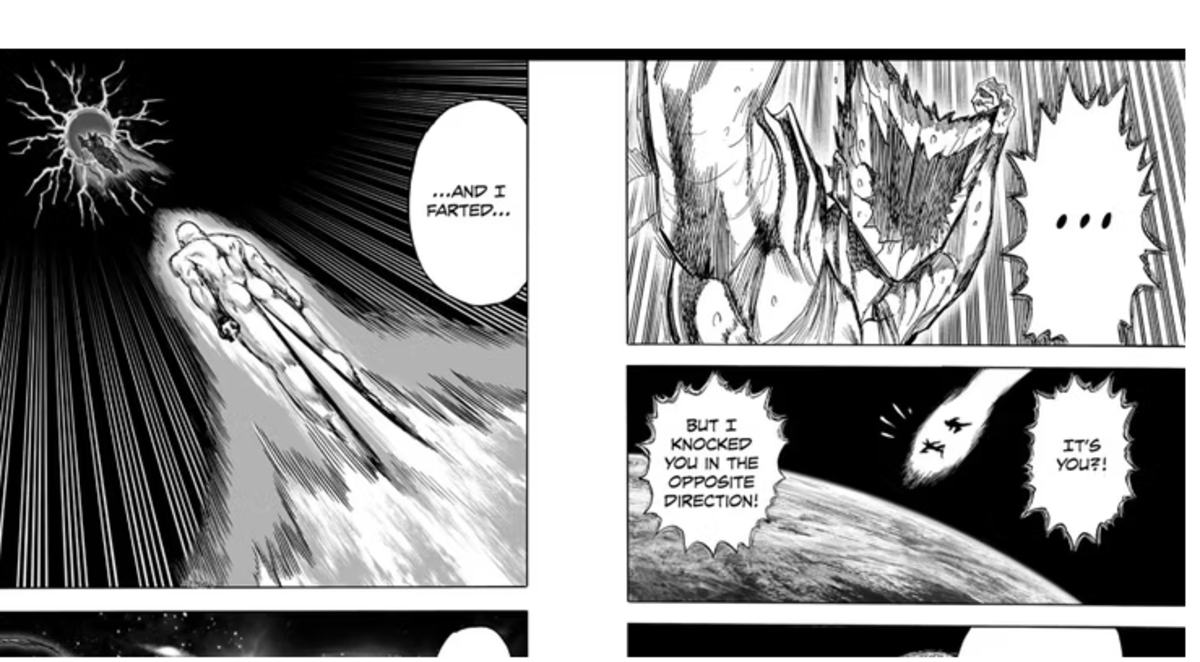 One-Punch Man demonstrates his “skills” again by using a fart as a propellant to launch himself.

Garou hitting Saitama’s core, Genos, incited the hero’s fury and unleashed the darkest feelings he possessed. For the first time in the series, the bald hero unleashed his full potential. He not only used one or two Killer Moves, but unleashed a wave of unbeatable attacks towards Garou. Since the damage his fight was causing endangered the Earth, Blast and his gang were forced to throw the two against one of Jupiter’s moons, their fight continued in Chapter 166. Although our villain was still copying Saitama’s moves, Saitama was continually getting ahead of the Hero Hunter.

One Punch Man already has its own official live-action version, although it is the most ridiculous thing you will see today