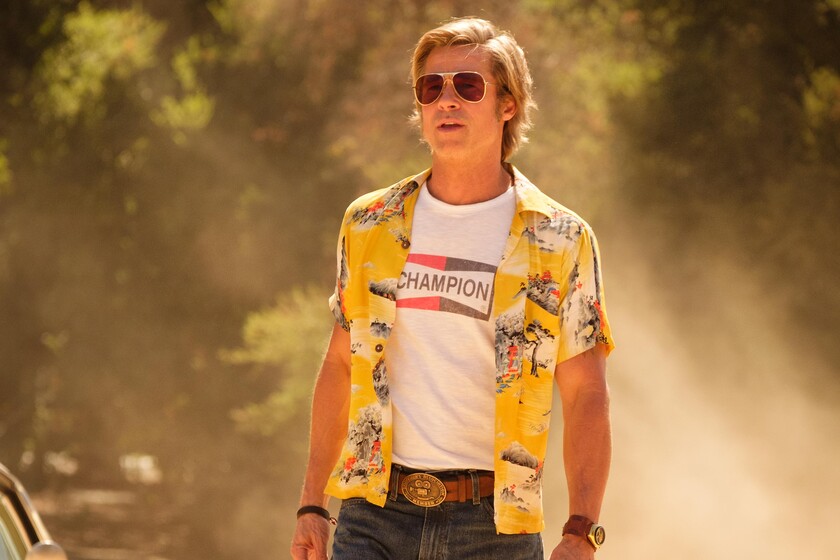 Perhaps the greatest mystery left by ‘Once upon a time in Hollywood’ was if Cliff, the character played by Brad PittWhether or not he had murdered his wife. The film left the viewer with doubts, but Quentin Tarantino has taken advantage of the publication of the novel based on it to give a definitive answer: If he did.

And it was not the only one

In fact, Tarantino clarifies that he’s not even the only person who had murdered when he explains how Cliff got hold of his dog. Another specialist owed him money and to pay it he had them share the property of a pit bull that was used for animal fights. When the other owner proposed to let him die fighting and get money by betting against him, Cliff is enraged and ends his life, further clarifying the following:

It wasn’t the first time that Cliff had murdered someone and got away with it. The first time was in Cleveland in the 1950s. The second was when Cliff killed his wife two years earlier. This was the third and he also went out of his way again.

On the murder of Cliff’s wife, Tarantino elaborates in the tenth chapter of the novel, clarifying that it was not premeditated: “it was practically the accident that he said“Noting that it was an instinctive act rather than a thoughtful one. Furthermore, he immediately regretted having shot Billie with a shark gun, with the harpoon splitting her in half, causing her to survive for seven years before the Coast Guard arrived. Then he said it was an accident and the authorities could not gather enough evidence.

The community of specialists never believed that version, hence the character played by Kurt Russell I would not want to work with him. In addition, the novel also clarifies that Cliff killed dozens of people during World War II, including 16 Japanese soldiers whom he killed with the only help of a knife.

Tarantino also comments a bit about the character’s future after the end of ‘Once Upon a Time in Hollywood’, as his passion for foreign-language cinema leads him to see ‘The Street Fighter’ in 1974 and ‘The empire of the senses’ in 1976. In addition, in 1971 he abandoned the look with jacket and jeans that he wears in the film because it is popularized by Tom Laughlin on ‘Jack the Defender’, with whom in this universe he had worked in 1967 in ‘Born to lose’, receiving the clothes as payment for his services.


However, perhaps the biggest surprise of the whole novel is that it is dedicated to Robert Blake, veteran actor who in 2005 was found not guilty of the murder of his wife. Hard not to do some uncomfortable reading about Tarantino’s motives …

'The House of the Dragon' loses one of its creators
Netflix ranking: the most watched movies this day by the Argentine public
Trailer for "Jackass Forever": Older but not more mature