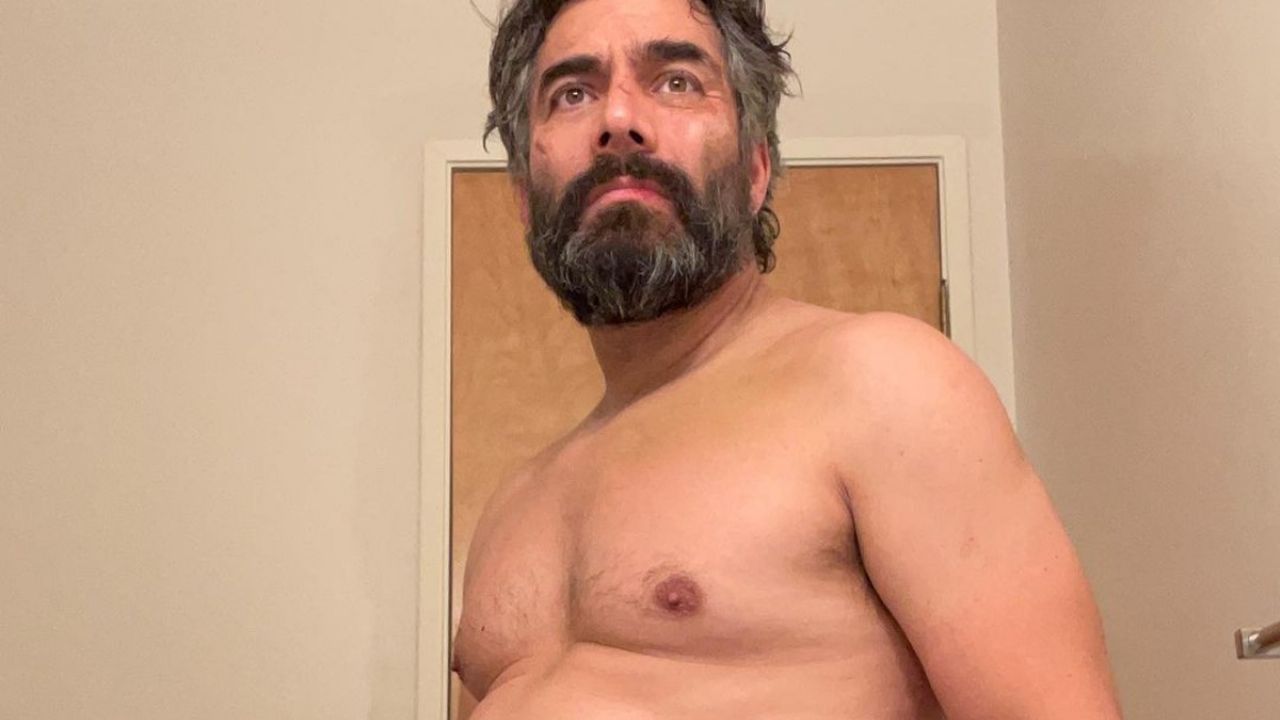 Omar chaparro He confessed that for his most recent project as an actor had to gain 14 kilos, and now he is trying to find a way to regain his previous figure, so he asked his followers for help.

It was through his Instagram account that the comedian shared a photo gallery where he appeared from the front and in profile, wearing only pants and no shirt. In addition, he wore a beard and long hair.

It is almost time to say goodbye to #JulianAlvarez and with him to these 14 kilos that I had to gain to interpret it … I ask you to give me all your tips and advice to lower them, what exercises, diets or supplements do you recommend, placed next to the photos.

The main area that increased was precisely her abdomen, which was noticeably more bulging, as were her breasts and arms. However, her face does not seem to have gained too much extra weight, as her cheeks do not look so round.

In fact, for a few months Omar had given clues about his new image, with a video in which he appeared with his mother, while she scolded him for gaining so many kilos.

“Oh no, don’t go upstairs anymore,” his mother told him, while he replied, “What has to go up the most?”. Given this, the lady replied that she was afraid that when she lost the extra kilos she could compromise her health by resorting to extreme diets, supplements that cause side effects or exercise training that could injure her.

What is Omar Chaparro’s new project about?

According to the Dallas News, the movie he will star in is named after ‘The Wingwalker‘and will be produced by the Monteverde brothers, Alejandro and Eduardo, as well as the director Alonso Álvarez.

The story focuses on Julián Álvarez, an immigrant who is deported when his daughter is scheduled to finally receive a heart transplant that will save her life.

That is why Álvarez will enter into a series of challenges and will do everything possible to meet his little girl in the United States again.