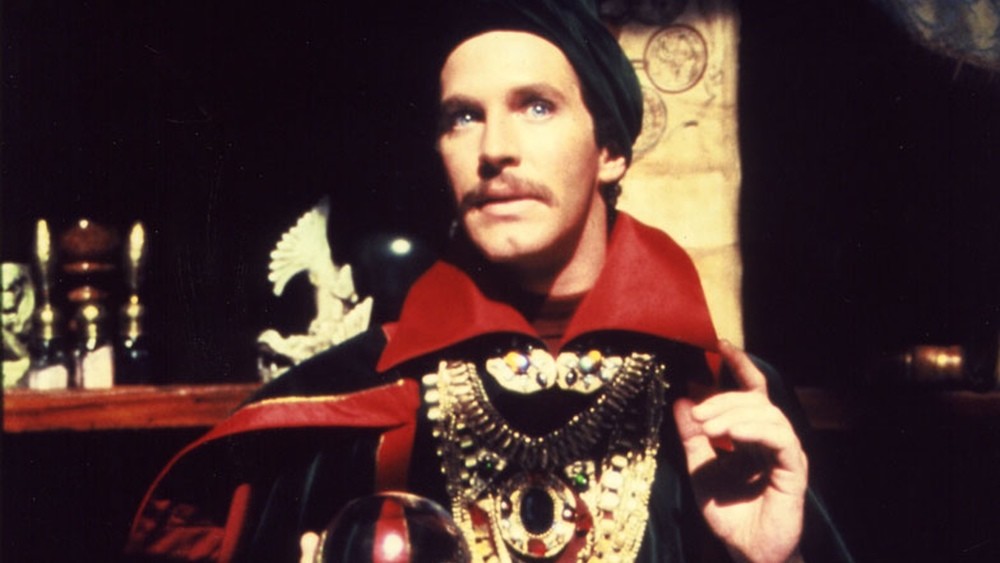 There is a before and after in movies based on Marvel Comics characters. Many years before the releases of Blade (1998), X Men (2000) and even spider-man (2022)the superhero films of this publishing house they were, to say the least, a fiasco. And several of them like Doctor Strange late 70’sbetter they were going to end up on television instead of having a theatrical release.

Than? Didn’t you know there was a Sorcerer Supreme movie long before the Marvel Cinematic Universe?? We don’t blame them; The truth is that this delivery was so forgettable that it went unnoticed over the years and only a few remember its existence. But it is curious to know that Stephen Strange already had a cinematic adaptation a long time before benedict cumberbatch will take the role.

The most normal thing in the world is that when hearing the name of Doctor Strange, the first thing that comes to mind is the interpretation of Benedict Cumberbatch. And it is not for less since, honestly, it seems that was born to make the character. But while the Brit has given us one of his best performances under that mantle, he’s not the first to take on the keeper of the time stone.

The first actor to play Stephen Strange was the American peter hooten in a 1978 film that was originally intended to become a television series. And long before endless film rights were a headache for audiences and studios, this adaptation of the hero was owned by NBCUniversal (although the tape premiered on the CBS signal).

Thing was, the movie was released to test the waters and see if the TV show could pull off… but the reception wasn’t great after all.

And what was that tape about? Well, broadly speaking, I respected a bit the essence of what the Doctor Strange like a sorcerer with a superhero profile… but he had his little details. Instead of being a surgeon as he is known in the comics and in the MCU movies, the protagonist of the ’78 film was a psychiatrist.

The film focused on Strange, who apparently had no idea that magic was real. However, things change when the mysterious Morgan le Fay (played by Jessica Walter whom you will remember from the series Arrested Development), a witch who plans an invasion from ‘the fourth dimension’. Here is the official synopsis (via Collider) of that movie and a rather old trailer but that allows you to see how peculiar it was.

A modern hospital can seem worlds apart from the days of the ancient wizards. But for psychiatrist Stephen Strange (Peter Hooten) and his patient Clea Lake (Anne-Marie Martin), this is where those worlds collide…and the nightmare begins! Nothing Stephen Strange learned in medical school could prepare him for an attack by an evil sorceress from the “fourth dimension,” Morgan le Fay (Jessica Walter), a villain plotting an invasion of unimaginable evil on Earth. Chosen by an ancient guardian of the spirit world to learn the mystical arts to defeat Morgan and save Earth, Stephen Strange must take the place of Earth’s last sorcerer. Come live a fantastic adventure in the “fourth dimension” with… Dr. Strange!

Official synopsis of ‘Doctor Strange’ from 1978

You can also read: The Movies and Series (Episodes) You Must Watch Before ‘Doctor Strange in the Multiverse of Madness’

As bad as it was and although it was almost buried in time, the Doctor Strange it’s still worth something to collectors who are suddenly looking for it at conventions. For this reason and in the weeks prior to the premiere of Dr. Strange in the Multiverse Of Madness in this 2022, it was announced that the company Shout! Factory would relaunch it with a restored version.

Of course, it is noted that the special effects are obviously quite funny for what a restoration means. But as we said, it is a piece that only red bone fans of the character want to have in their collection. Now, with all the multiverse and variant stuff,Can you imagine Peter Hooten’s Dr. Strange appearing in the new Marvel Studios movie? It would be crazy.

Oh wow: This was the ’70s ‘Doctor Strange’ movie that hardly anyone remembers