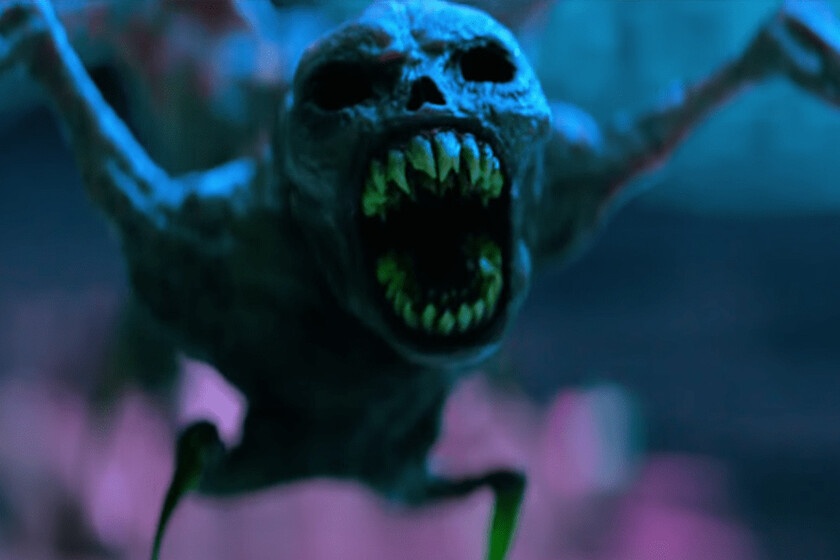 Before returning to the big screen with ‘Dr. Strange in the Multiverse of Madness‘Marvel, Sam Raimi serves as producer of’Nightbooks‘, the new film by director David Yarovesky (‘ Brightburn ‘) for Netflix, a foray into children’s horror movies which will hit the platform on September 15, 2021. Today we have the first trailer, which has strong vibrations of ‘Jumanji‘ (1995) o ‘Scary stories to tell in the dark‘ (Scary Stories to Tell in the Dark, 2019).

The official synopsis of the film reza:

“Alex (Winslow Fegley) is a creative guy with a great passion for writing scary stories. But when he’s labeled weird and rejected for what he likes, he swears he will never write again. That’s when an evil witch (Krysten Ritter) captures him in her magical apartment in New York City and demands that he tell her a new story every night if she wants to stay alive. Trapped inside with Lenore, the witch’s spiteful cat watching her every move, Alex meets Yasmin (Lidya Jewett), another young prisoner who has learned to survive the witch’s wicked whims. With Yasmin’s help, Alex must learn to accept what makes him unique, his love of horror stories, and rewrite his own destiny to set them free. “

The trailer promising a kid-friendly horror environment, a la ‘Nightmares‘(Goosebumps), with creatures, fantasy and visual style close to’Stranger Things‘. In addition, ‘Nightbooks’ marks the return of Krysten Ritter, here in the wicked witch’s skin that fits her like a glove.


Mikki Daughtry and Tobias Iaconis wrote the script, based on the book ‘Nightbooks’ by JA Blanco that seems a kind of chilling modern version of ‘The Thousand and One Nights’, but with a witch who demands to hear a scary story every night. It seems that we are facing one of those inconsequential Netflix projects like the very funny Nanny’s Guide to Hunting Monsters‘which are a good warm-up for Halloween.