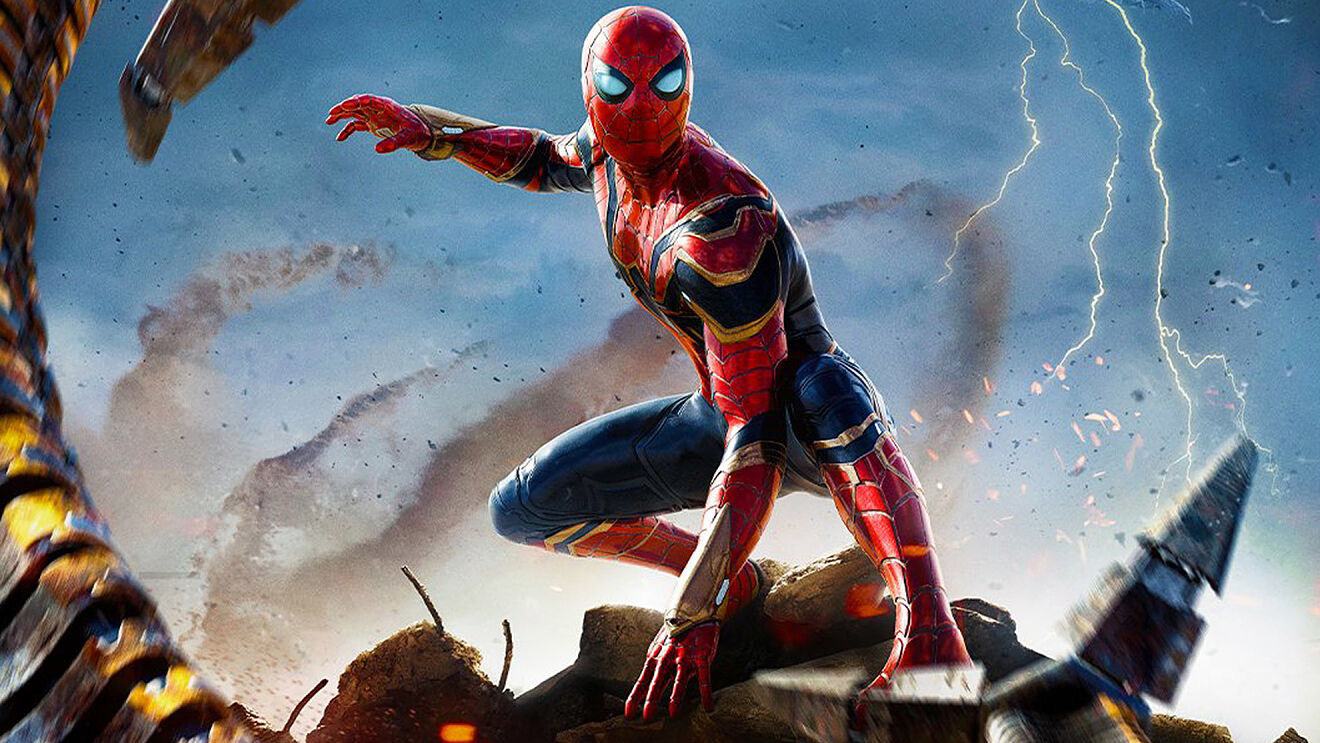 The third installment of the arachnid hero, Spider-Man: No Way Home, has been the subject of conversation on social networks after releasing his second official trailer this Tuesday, November 16. The trailer revealed new surprises and increased fan speculation circulating since the first trailer: the multiverse.

In the second trailer of Spider-Man: No Way Home, starring Tom Holland, Peter Parker goes to Doctor Strange (Benedict Cumberbatch) to cast a spell and make everyone forget his secret identity. Nevertheless, Parker tries to modify the spell for only a few to remember and by doing so you screw it up.

The error causes your world visitors from other universes arrive: Dr. Octopus, played by Alfred Molina, who had already appeared in the first preview; the Green Goblin, played by Willen Dafoe, the hero’s first rival in the 2002 film; the Sandman, played by Thomas Haden Church; the Lizard by Rhys Ifans and a version of Electro played by Jamie Foxx.

In the trailer, Doctor Strange asks Peter, Ned Leeds (Jacob Batalon) is Mary Jane Watson (Zendaya) to intervene in the disaster they caused during the spell. That’s when Parker faces the five villains to keep your world and your universe safe.

However, the difficulties are not long in coming. Doctor Stranger explains to the hero that all the visitors died facing Spider-Man and, therefore, it is their destiny to defeat them. From what is observed in the trailer, Parker refuses to do so and, instead of defeating them, seeks to protect them, contradicting the sorcerer.

On social media, fans have commented that the presence of these five villains only further increases the possibility that Holland’s Spider-Man will be joined by the other arachnid heroes: the one played by Tobey Maguire and the one by Andrew Garfield.

Seeing the three of them fight together is a wish fans have expressed on social media since the first trailer, released on August 26, when Dr. Octopus was first seen taking on Holland. The villain in this trailer tells Holland: «You are not Peter Parker », a phrase that raised hopes for the other arachnid heroes to appear.

Comics and the sinister six

As expected, the new trailer for Spider-Man: No Way Home also increased theories among the followers. In this third installment, which at the moment is the last confirmed film with Holland as the protagonist, 5 of the 6 villains that Spider-Man faces in the comics and who are known as The sinister six.

The group of enemies debuted in the hero comics in 1964 and consisted of Octopus, Electro, El Hombre de Arena, El Vulture (which already appeared in the first Spider-Man, played by Michael Keaton), Mysterio (Jack Gyllenhaal, in Spider-Man: far from home) and Kraven the Hunter.

In the trailer of Spider-Man: No Way Home solo five of the six appear. The absence of the sixth enemy has opened the debate in networks about who will be or if a new unpublished villain will appear. What fans have noticed is that, in one of the trailer’s final scenes, a three-on-one fight breaks out in which Peter launches himself against the Sandman. However, in the images it seems that Electro and the Lizard They go towards another objective that is not seen on the screen.

Speculation increased even more with the trailer released in Brazil, which is slightly longer than the American and European versions. There you see how Lizard gets hit out of nowhere, as if struck by an invisible man. This scene has caused controversy among fans: they are convinced that the other two Spider-Man will appear.

In 1 month we will start receiving visits… from all universes. Watch now the new official trailer for #HomemAranhaSemVoltaParaCasa, which opens on December 16 exclusively in theaters. Pre-order available from November 29th! pic.twitter.com/Z0SqV7bhrQ

The most viewed trailer

When the first trailer for the film was released on August 26, the video broke Internet records. Quickly, the advance dethroned Avengers: Endgame as the most viewed in 24 hours with 355.5 million of visits through different platforms. This time, the second trailer goes the same way: only on YouTube it has 3,332,475 views.

The film even became a trend on social networks where memes, jokes, theories and reactions did not wait. Fans even ranked #SpiderManNoWayHome among the first hashtag.

Spider-Man: No Way Home will hit theaters on December 17 after its June 2021 release was postponed due to the pandemic.

What did you think of the new trailer for #SpiderManNoWayHome ? pic.twitter.com/rJ0fs0PPyG

marvel and sony making fun of fans that we thought tobey and andrew were going to be in the trailer #SpiderManNoWayHome pic.twitter.com/MyDkVDnRor

y’all don’t understand the chills i got hearing his voice. we won #SpiderManNoWayHome pic.twitter.com/x1I4dzItp9

andrew and tobey on the trailer was like #SpiderManNoWayHome pic.twitter.com/pkuosf4knL