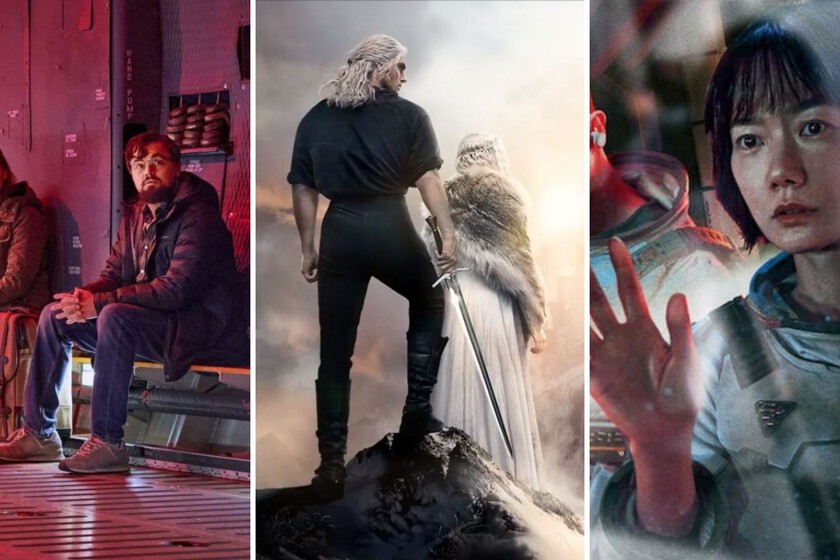 Al fin, after some delay due to the pandemic, ‘The Witcher’ arrives on our screens. Henry Cavill’s return as Geralt of Rivia is easily Netflix’s most powerful premiere of the month, but that’s not to say there’s a shortage: from a satirical blockbuster starring Leonardo DiCaprio to a new Korean sci-fi thriller series, through a documentary by David Fincher about what fascinates us about movies. This is the highlight of the final stretch of the year on Netflix.

¿Perhaps the most anticipated series of the year on Netflix? It may be, especially taking into account the delay caused by the pandemic in the productions that were scheduled to be released a few months ago. All in all, the series starts where the first one ended and we’ll see how Geralt, convinced that Yennefer lost his life in the Battle of Sodden, escorts Princess Cirilla to Kaer Morhen, the safest place you know.

We are all a little tired of hearing about “the new ‘The Squid Game’“which seems to come out every week, but in this case, at least there is some reason beyond his Korean nationality. Part of the interpreters of ‘Sea of ​​Tranquility’ were also there, and shares a key element with that one: the intention that the viewer does not detach from the seat, this time with the story of a crew of astronauts looking for a substance to save an increasingly desert planet Earth.

All Netflix series in December

Although the supply of anime on Netflix is ​​very considerable, products from two decades or more ago are in short supply. And much more in feature film format. Because It is a news that the third film of the lamented Satoshi Kon reaches our screens, director of masterpieces such as ‘Perfect Blue’, ‘Millennium Actress’ or ‘Paprika’. Moving away from fantastic terrain, but insisting on his close observation of the human spirit, Kon recounts here how on Christmas Eve, three homeless people find a newborn in the trash.

The first criticisms of ‘Don’t Look Up’ seem to speak of it as a luxurious choral comedy, and with one of the best recent interpretations of DiCaprio. To be honest, that’s just what it appears to be, in addition to a new attempt by Netflix to get its foot in the door of the mainstream from Hollywood before it closes in your face, and that it should come out better than the withered ‘Red Alert’. In any case, we will see how a couple of mediocre astronomers must undertake a media tour to warn humanity of the arrival of a destructive comet.

All Netflix movies in December

‘Voir. The keys to cinema in contemporary culture‘

At very difficult times for traditional film showing, this documentary series produced by David Fincher comes to claim the pleasure of consuming audiovisual fictions in a dark room and in the company of strangers. ‘Voir’ analyzes the telluric magic that emerges from celluloid and the different languages ​​that the cinema has used to transmit a multitude of messages.

All Netflix Documentaries and Comedy Specials for December