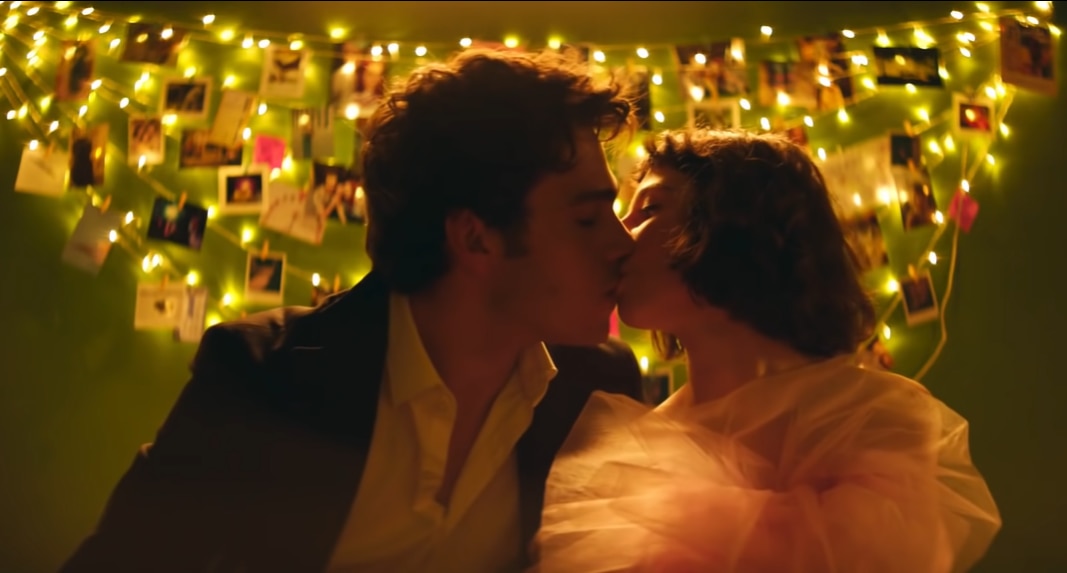 At 19, Marta is in a race against time to meet her list of goals; one of them is to get a date with the most attractive guy possible.

“Don’t feel sorry for me. The worst has not yet come, but it will not last long ”. This is how Marta sums up her situation in life. She is an orphan, and her entire inheritance consists of a house and a rare genetic condition that constantly puts her life at risk: the mucoviscidosis.

His enthusiasm for life is great. Since she was a child, her dream has been to marry the world’s greatest heartthrob, and has held fictitious weddings with multiple celebrities from entertainment and sports, from Zack Efron to David Beckham. Therefore, she thinks, her boyfriend in real life cannot be just anyone, he has to go through his very high standards, but Tinder search did not give good results.

Accompanied by her best friends, Federica and Jacobo, who come to be like her family and sometimes act like brothers, sometimes like parents, Marta observes almost rigorously the care, saves herself from emergencies and goes to her check-up consultations, while one therapy after another is suspended, when it is found that it is not working.

Marta receives the news and puts it aside. In any case, he has to continue living (how long? It is relative, says the doctor). She has fun when she works and when she is persuaded to leave the house. Her tactic is to look for the most attractive guy possible, because if they are going to reject her, she reflects, at least it must have been worth the effort.. To achieve this, he has no qualms about using his own medical condition as an argument to move. This quest for romance is actually what she considers her true job and her motivation to stay alive.

This is how he meets Arturo Selva, a young athlete who is very out of his league (the English title of the film is literally Out Of My League), and begins to secretly chase him. Upon being discovered by accident, she receives an invitation to dinner to everyone’s surprise and begins a relationship without saying anything about her fragile state of health.

Perhaps you think that doing so would ruin your luck? Maybe yes. Marta considers herself ugly, and believes that her appeal lies in her ease of speech and her daring, so she uses them without fear. Ludovica Francesconi, the young actress who plays Marta, says that beauty is quite relative and subjective, and that her character does not adhere to a beauty standard, but that her charm works because it is authentic.

This has been a dizzying experience for Ludovica (22 years old), who says that she is still shocked by all the havoc that 2020 caused her, by the speed of events and by the enormous relationship of all this with her experience with Marta, who she is determined to create good moments in the time she has left in her life.

“She surprised me a lot, because you don’t expect people who have that past (orphan, illness) to behave like this”. How? “So bold, so strong, so precise in her desire to take over the world. I used to be one of those people who tend to underestimate themselves when faced with a challenge. Even though I was very determined, a part of me always said: ‘Put your feet on the ground’. Which is fine, but I used it too much, to avoid being disappointed in my expectations. Marta taught me not to worry about that; that’s okay, whatever happens, stand up and face the world, “he revealed to The Italian Rêve.

Your co-star Giuseppe Maggio (Arturo), he hopes the film will help overcome stereotypes emphasized by social media. “Beauty is acceptance of yourself. When you risk being authentic, you are beautiful ”.

In the best moment (On the most beautiful, 2020) is led by Alice Filippi, and was nominated in two categories (best comedy, best song) for Cinema Award Silver Ribbon 2021. The film is based on the novel by actress Eleonora Gaggero, who is not yet 20 years old but already has five titles published, the first of them in 2017.