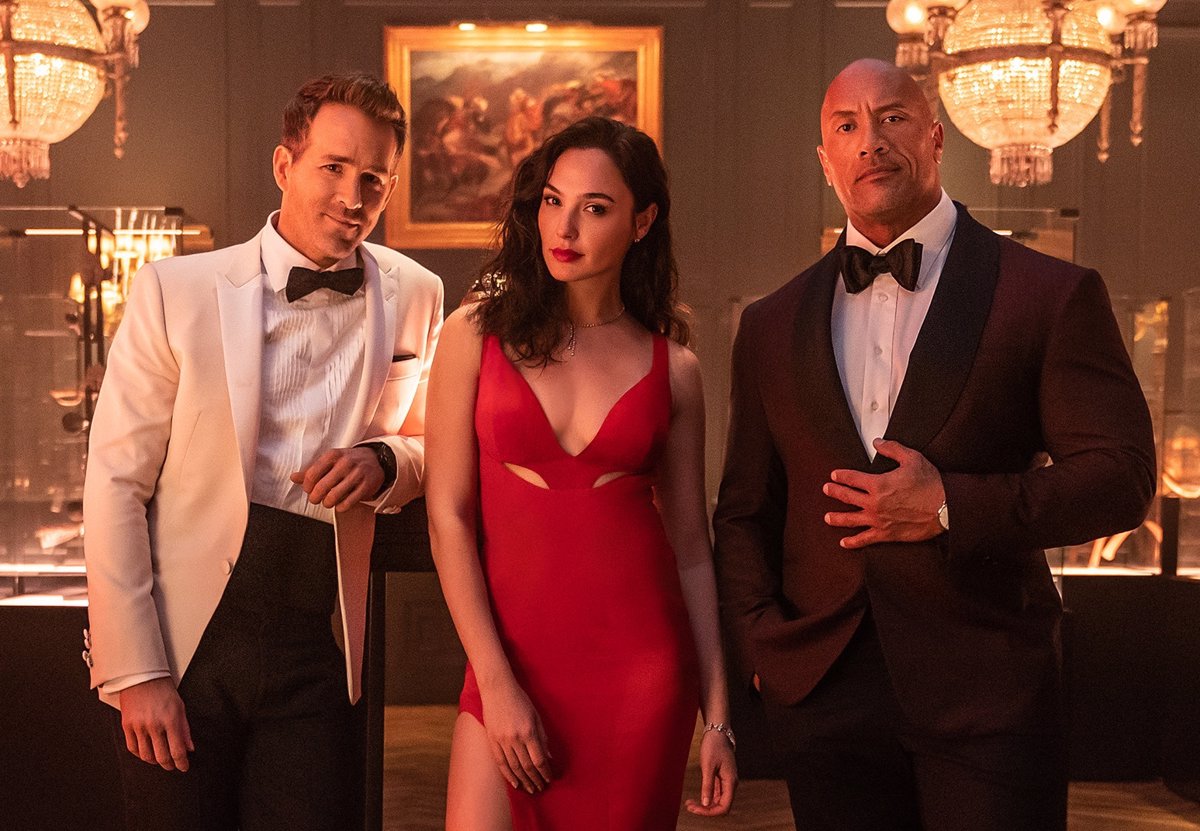 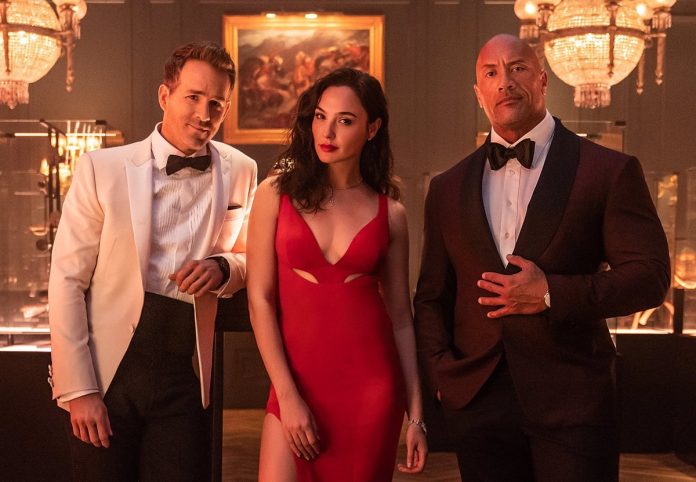 With great filmmakers behind them, from Jane Campion and Paolo Sorrentino to Adam McKay and Lin-Manuel Miranda, Netflix puts all the meat on the grill in the last months of the year with feature films with Oscar noise and action tanks that will stomp.

A review of 10 essential titles that are coming soon.

How much is life worth? (September 3)

Sara Colangelo’s feature film that premiered at the Sundance Film Festival is a biopic starring Michael Keaton as Kenneth Feinberg, a lawyer who was appointed as a forensic expert for the 9/11 Victims Compensation Fund. Feinberg’s task was to assign financial compensation to victims of the terrorist attack and determine the losses suffered by families. The film addresses topics such as political differences and a bureaucratic framework in which the protagonist moves. Keaton is joined in the cast by Stanley Tucci, Amy Ryan, and Tate Donovan. 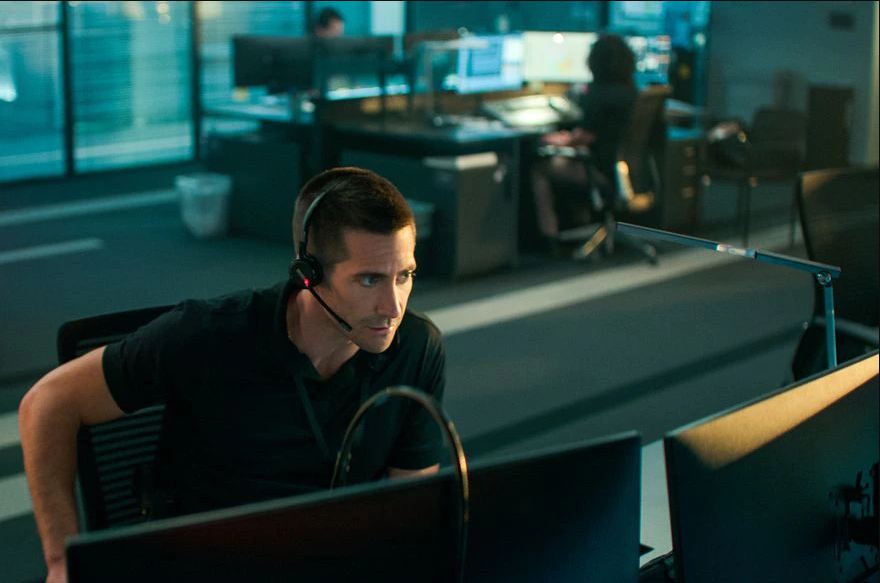 A promising duo is coming together for this production. On the one hand, the filmmaker Antoine Fuqua. On the other, the screenwriter and creator of True Detective, Nic Pizzolatto. The film is set at an emergency center, where one morning an operator played by Jake Gyllenhaal receives a call from a person who is in danger. When you try to help her, you will begin to discover that many secrets are hidden under the surface. Peter Sarsgaard, Riley Keough, Ethan Hawke and Paul Dano round out the excellent cast. 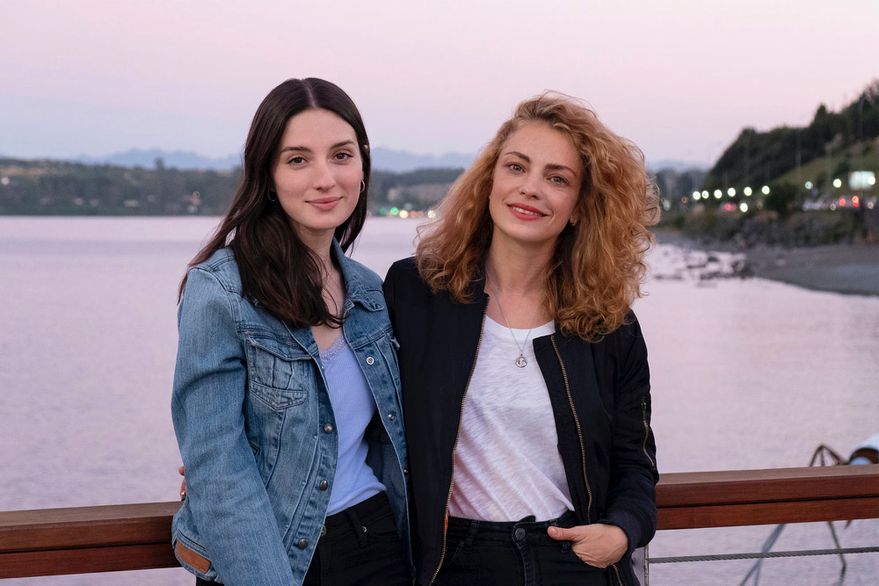 The film based on the novel by Samanta Schweblin has behind the camera the acclaimed Peruvian director Claudia Llosa (The scared tit, nominated for an Oscar) and stars Dolores Fonzi and María Valverde. The film is set in a quiet rural community in Argentina, and explores the fears that surround motherhood, from the eyes of Amanda (the Spanish María Valverde) and Carola (Dolores Fonzi). 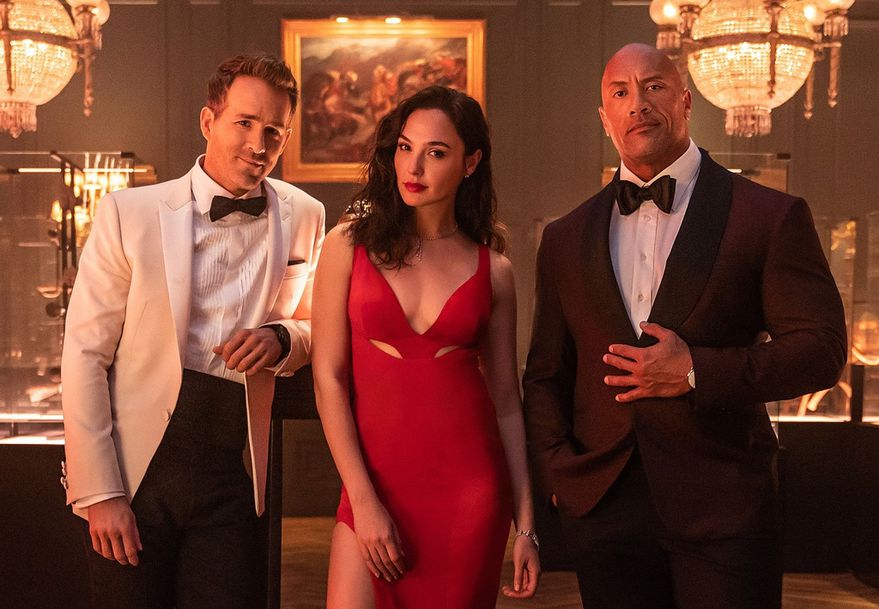 Here we are in front of one of the great Netflix tanks of this year: the spy thriller starring Dwayne Johnson, Ryan Reynolds and Gal Gadot, under the direction of Rawson Marshall Thurber. As for the story, it all begins when Interpol sends that Red alert, Which means that police departments around the world must be vigilant to catch the most wanted criminals. All alarms go off when a reckless robbery unites the best FBI agent (Johnson) with two antagonistic criminals (Gadot and Reynolds). 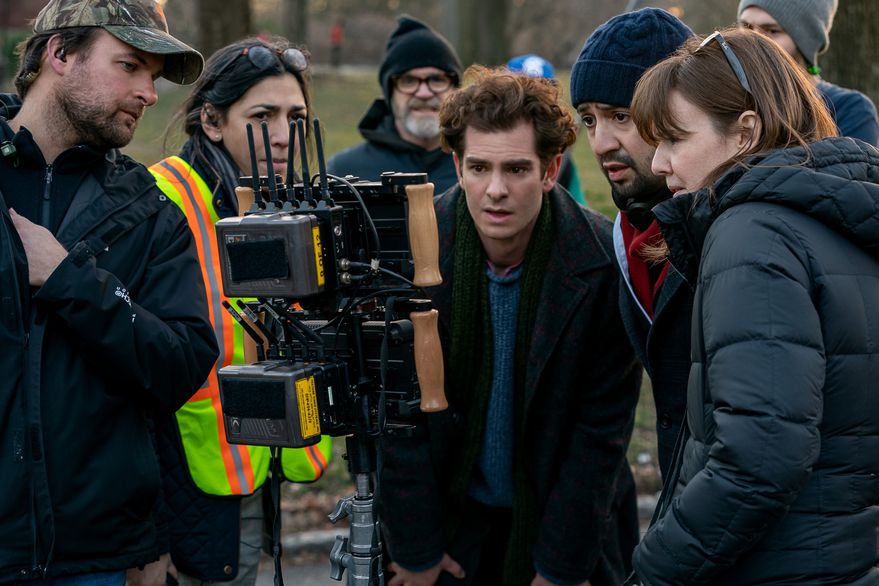 The first film from the creator of Hamilton, Lin-Manuel Miranda, is set in the 90s and stars John (Andrew Garfield), an aspiring theater composer who works as a waiter in New York while conceiving a musical work with which he seeks to have his great success. Simultaneously, he deals with a complex relationship with his partner, who is relegated by John in that search for recognition. The film is based on the semi-autobiographical musical of the same name by Jonathan Larson. It is scripted by Steven Levenson and starred by Vanessa Hudgens, Judith Light and Bradley Whitford.

The power of the dog (December 1) 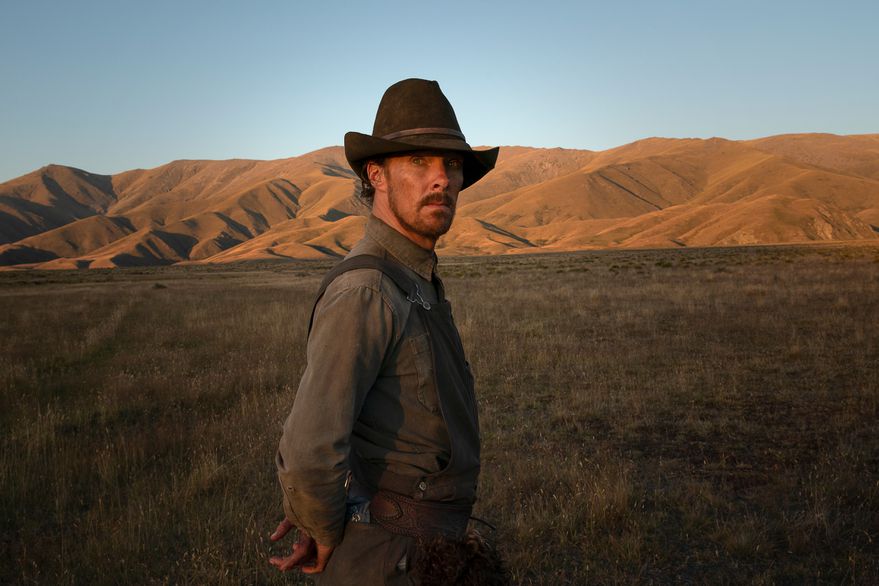 The brilliant Jane Campion is back with the adaptation of Thomas Savage’s 1967 novel. Phil and George Burbank (Benedict Cumberbatch and Jesse Plemons) are two wealthy brothers with common interests, but completely different personalities. While Phil soon shows a more ruthless streak, George is more introspective and calm. Together they manage the largest ranch in Montana, a context in which Phil will seek revenge on his brother and his wife with the son they have in common as bait. The power of the dog It will be presented in September at the Venice Film Festival and is shaping up to the 2022 Oscars. Kirsten Dunst, Thomasin McKenzie and Frances Conroy are also part of the cast. 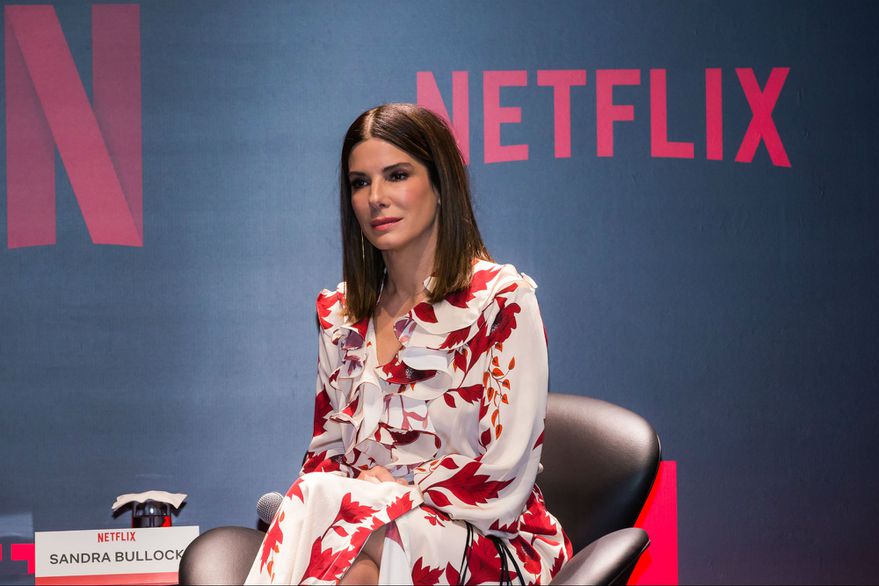 After the enormous success of Bird Box, Sandra Bullock returns to Netflix with another original production. The film directed by Nora Fingscheidt with a script by Peter Craig, Hillary Seitz and Courtney Miles is based on the British miniseries The Unforgiven. While not many details of the production have been provided yet, Netflix did advance its premise. «After spending years in prison for a violent crime, Ruth Slater [Bullock] she is released and reintegrated into society only to discover that no one around her has forgiven her. With Viola Davis and Vincent D’Onofrio.

Directed by Oscar-winning Italian filmmaker Paolo Sorrentino, The Hand of God has its plot completely preserved by the director, although it is known, as can be inferred from the title of the film, that it will be focused on the impact that the figure of Diego Armando Maradona had on people, who had already appeared as a character in Youth. The film will have its world premiere in official competition at the Venice Film Festival. In Sorrentino’s words, the feature film “represents an intimate and personal film, a training novel that is fun and painful at the same time,” and which will take place in Naples in the midst of the arrival of the remembered soccer star. 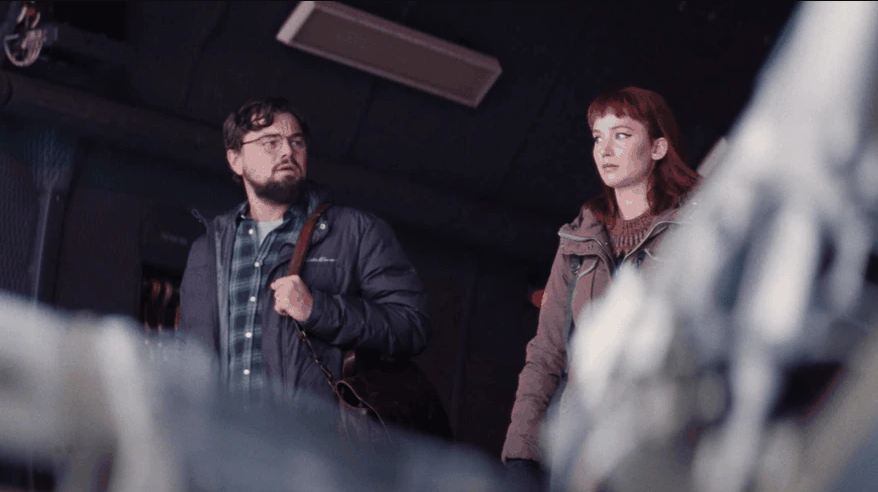 Another of Netflix’s ambitious bets for December is the Adam McKay production, starring Jennifer Lawrence and Leonardo DiCaprio. The film, in keeping with McKay’s tone, will portray in a black comedy key the story of a couple of scientists who want to prevent the destruction of the Earth. Jennifer and Leo play two low-level astronomers, Kate Dibiasky and Dr. Randall Mindy, who “embark on a media tour to warn humanity of an approaching asteroid that could destroy Earth.” On the other hand, it is worth noting the great cast that the director of The Big Gamble brought together: Timothée Chalamet, Ariana Grande, Jonah Hill, Cate Blanchett, Chris Evans, Tyler Perry, Kid Cudi, Mark Rylance and Meryl Streep. 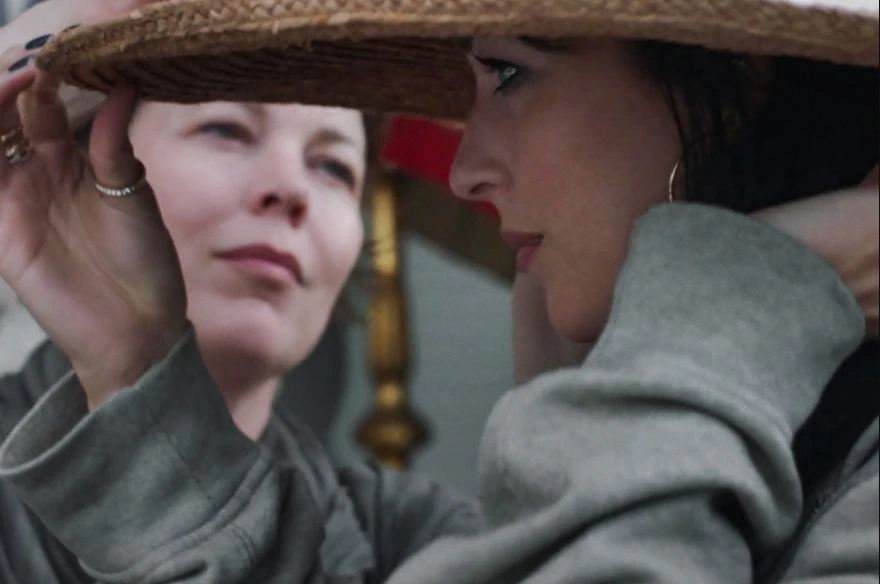 Based on a novel by the Italian writer Elena Ferrante, The Lost Daughter shows how a woman’s beach vacation is disrupted when she becomes obsessed with a young mother who is staying at the same hotel. The situation will lead her to investigate her past and hidden secrets. Directed by Maggie Gyllenhaal, and with a luxury cast with the names of Olivia Colman, Jesse Buckley, Dakota Johnson, Ed Harris, Peter Sarsgaard and Paul Mescal, the new actor from Normal People. This will be the last film to hit Netflix this year.