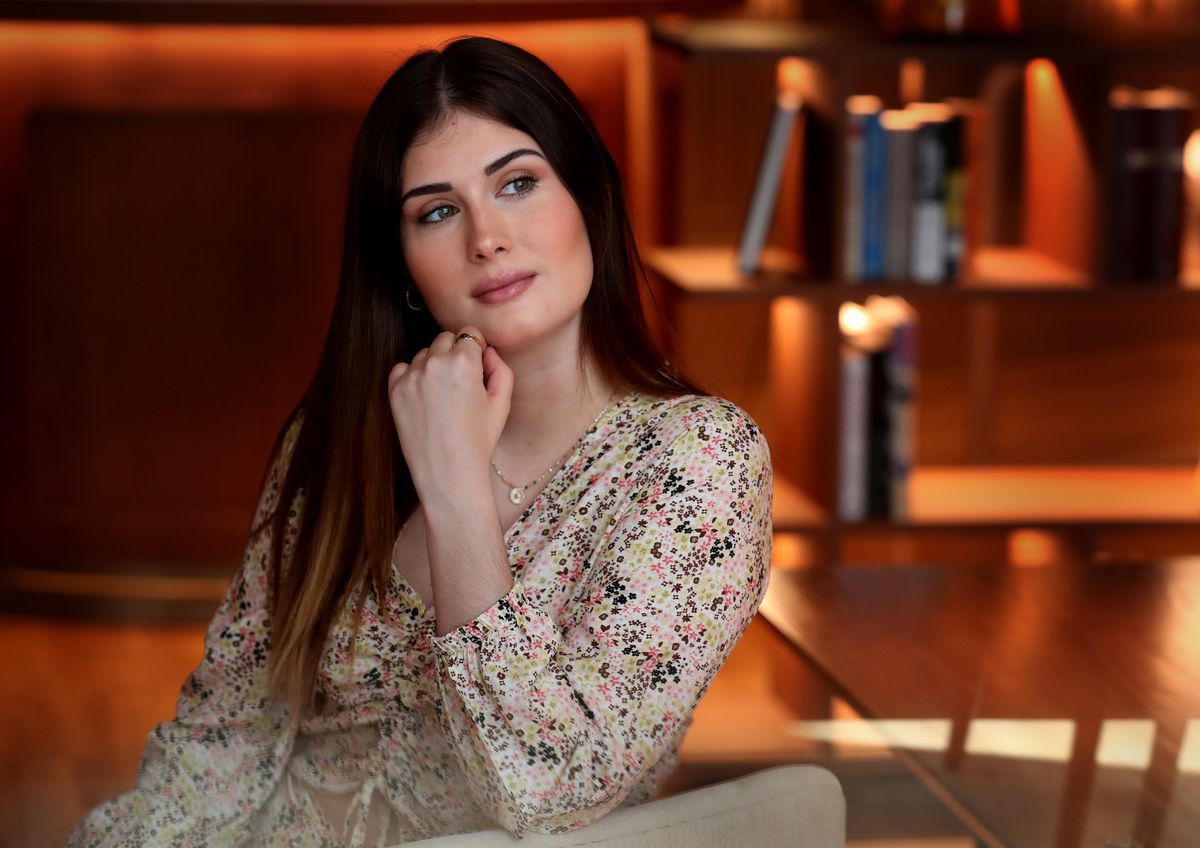 Nerea Camacho (Balanegra, Almería, 25 years old) loves to write from a very young age, be it a diary or lists of places she would like to visit. I did it even before starring Road, film directed by Javier Fesser, thanks to which she won the Goya for best new actress with only 12 years. “Writing how I feel is the best therapy for me,” she explains sitting in the cafeteria of the AC Hotel Avenida de América, in Madrid. With a shy smile, he also admits that he is one of those people who has drawn up a list of things to do before he dies: take a trip with his whole family, found an animal shelter – he has adopted two cats, Frida Y Not– and being a mother are some of those pending issues.

However, some of the objectives of that list have already been met. One of them, this month. The actress is about to present her jewelry signature, itta. In fact, to the interview she wears a gold-plated ring with a small black stone and a steel necklace with a daisy-shaped pendant of her brand. From an enterprising family and always in need of doing new things, she had the idea last summer when she was on vacation with her parents and her sister, who encouraged her to venture into this personal project. He consulted his mother, sister and friends for their concerns. “I wanted all the women around me important to me to be involved in some way.” From those talks, from having a coffee or from watching a movie, she gets the inspiration to make the sketches – “and see that I am bad at drawing,” she confesses, laughing at herself, which she then takes to a designer to translate into a computer.

These times of the coronavirus pandemic have helped him to dare with new aspirations like this one. “Having so much time to think has made me see that you have to jump in and do what you set out to do.” He has also learned that you have to prioritize, live more in the present and not obsess over job uncertainty. “It’s something that, as it gets out of hand, I prefer not to think about it too much. The only thing I can do is wait, ”says Camacho, who in the last year has seen“ a lot ”of projects as an actress fall and the delay of many others. Fortunately, some have managed to close. Looking at her agent, Gabriela Defty, not to reveal more than the account, she confirms her participation in Lycanthropy. In the middle of the silence … a howl, a feature film by director Nieves Gómez with Juan José Ballesta in the cast.

Precisely Ballesta and Camacho belong to that small group of actors who as children rose up with a Goya. Reduced due to the fact that the Academy of Motion Picture Arts and Sciences chose in 2011 to cease the awarding of said award to children under 16 years of age because, according to said organization, it may condition “their professional and personal development without the criteria and responsibility that it must demand a professional with the desirable maturity ”. Dissatisfied with that decision, the actress thinks with a more serious tone: “If you are demanding the same effort and dedication as an adult, that work should also be rewarded and valued in the same way.”

He admits that this award has been a help and, at the same time, a burden on his career. It is a pride and a responsibility to be the owner of a pigheaded, but it has also implied not being able to work on smaller projects because they did not believe that he would accept them or his representative at the time saw them as insignificant for his cache.

His statuette is in his parents’ house, whom he mentions fondly several times during the conversation. María Ángeles and Francisco have been a fundamental pillar in her profession and in her life: they enrolled her in acting classes, helped her in her early days as an actress and made sure that Camacho continued to enjoy her childhood and adolescence. The two always tried to be present in the filming, something that, as the interpreter reveals, was criticized in some recordings. “I have come to hear things like ‘the spoiled child’, ‘why does she have to go with her parents’ or’ they have to let her grow up,” recalls the actress about the comments in reference to her close relationship with her parents, the which he continues to defend over the years: “They weren’t super strict parents who wouldn’t let me be me. I have always been to tell the girlfriends and all the things that happened in my life.

Likewise, she considers that it was fortunate to come from a small town in Almeria where everyone knows each other, those neighbors who received her to applause after winning the Goya: “She was going to shoot me, she came to my town and she was still the same girl as everyone. life”. However, her determination to be an actress from a very young age has meant a series of sacrifices in her personal life. He has missed birthdays, weddings and other special dates, but he has no regrets because he is fighting for something that makes him happy. His effort has allowed him to work under the orders of great directors such as Álex de la Iglesia (The spark of life) and José Luis Cuerda (Time after), share scenes with Salma Hayek and shoot in Latin America. At the age of 19, he packed his bags and starred in The white slave, a Colombian series that he remembers as a tough shoot, but from which he learned a lot. “I think it is the most important experience I have had in my life because it changed me. It helped me to grow up and get to know myself better ”.

There he was able to put himself in the shoes of Victoria Quintero, a character with a strong presence, far from what was offered (and continue to be offered) in Spain. Her light eyes, her fair complexion, her brown hair and her sweet voice invite producers to think of her for roles as “cute girl who has a partner.” The typecasting is a problem that irritates Camacho and when talking about some selection processes in which she has been rejected for this reason, a more genius personality comes out. “Yes, I am a sweet girl, a cute girl … But I am a girl who has things very clear, who has a lot of character and who has studied acting to be able to play any character.”

Far is that girl from Road inexperienced and who lived everything as a game. Now, Camacho shows a very deep love for his profession. “If you ask me: ‘What do you prefer: to win another Goya or not be a well-known actress, but not stop working?’ I prefer to work my whole life ”.