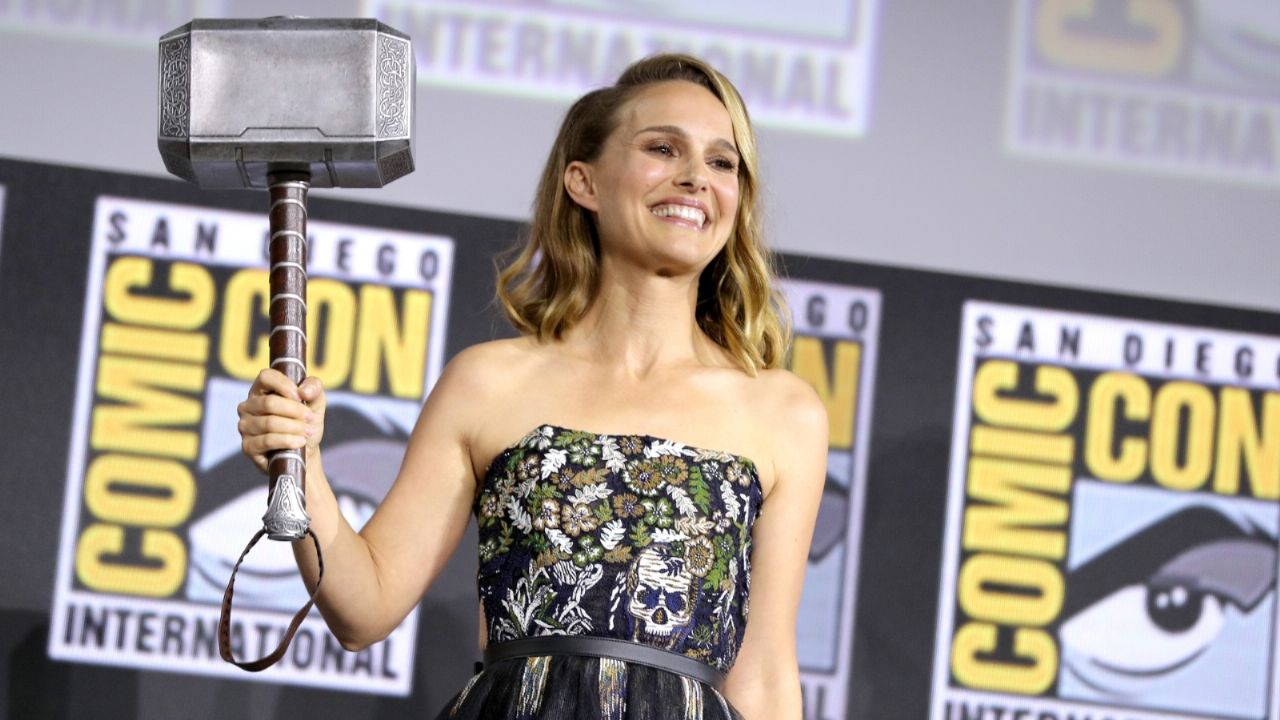 Earlier this week, Marvel released the first trailer for Thor: Love and Thunder, where in little more than a minute, the teaser makes it clear to us what we should expect from this epically fun trip that they prepared Chris Hemsworth Y Taika Waititi, who will collaborate for the saga for the second time, after the acclaimed Thor Ragnarök.

Hemsworth is back as the Asgardian prince, who finds himself taking on the universe along with the Guardians of the Galaxyrecovering from a deep depression that he lived in Avengers: Endgame and questioning his future as a superhero. In addition to the advance, the actor behind Thor published on his networks the poster of love and thunder, where his character is featured sporting his new axe, Stormbreaker, along with a red leather vest and the movie’s tagline: “The one and only”.

However, as we already know, Thor is no longer the only person worthy enough to wield Mjolnir. The teaser re-introduces the character he played Natalie Portman What Jane Foster in the original films, but with a peculiar twist. The brilliant scientist (and ex-girlfriend of Thor) who was last seen in Thor: The Dark World in 2013, not only is she back in the life of Hemsworth’s Thor, but she’s also become a new goddess of thunder, picking up the iconic (now rebuilt) hammer with much ease.

Given this, Portman also revealed a second poster on her Instagram account that has her starring as Mighty Thor, the name of the female version of Thor. In the image, she is seen lifting Mjolnir, maintaining the neon aesthetic of the poster that parodies he-man Y she ra. It is worth clarifying, the film is loosely inspired by the Thor comics of Jason Aaron and Russell Dauterman, in which Foster assumes the role of Lady Thor after the original Asgardian becomes unworthy.

While Hemsworth’s version bears the tagline “The one and only” (“the only one”), Portman’s poster headlines: “The one is not the only.” In addition, the Black Swan actress piqued her rivalry with the other Thor, since in the publication she commented: “You thought you were the only one…”, and she tagged the actor. The film’s director (also known as Jojo Rabbit), Taika Waititiattempted to keep the peace in Portman’s post, calling them “The two and twonely…“.

In addition to Portman and Hemsworth, Thor: Love and Thunder features the return of Waititi as Korg and Tessa Thompson as Valkyrie (now King Valkyrie, who rules over a newly founded version of Asgard). The cast also includes Christian bale What the villain Gorr, Russell Crowe such as Zeus and various members of the Guardians of the Galaxyincluding Star-Lord of Chris Prattnebula of Karen GillanPraying Mantis Pom KlementieffGroot’s Vin DieselKraglin’s Sean GunnRocket from Bradley Cooper and Drax from dave baptist.

Thor: Love and Thunder It will hit theaters on July 8.