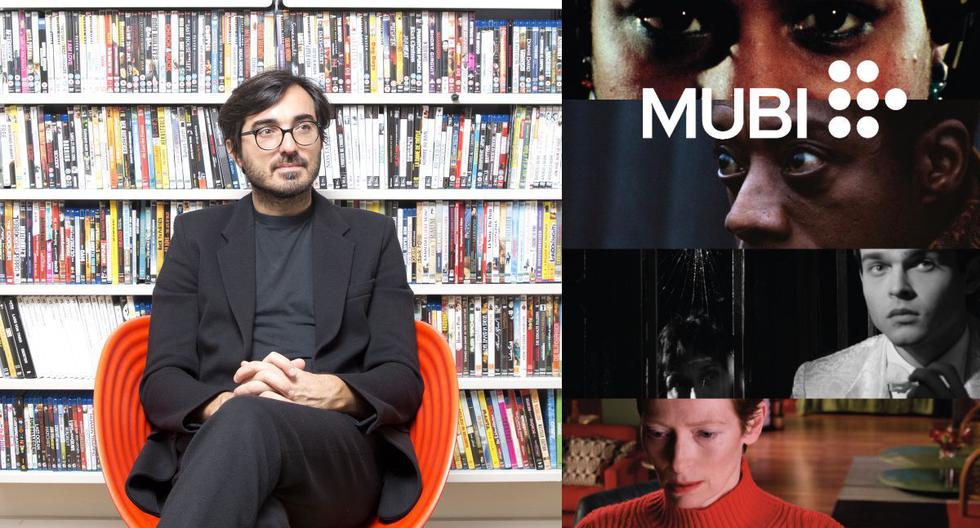 The diversity in streaming is misleading. In reality, all the platforms are becoming more and more similar to each other. Do the exercise of looking at the grills of Netflix, Disney, HBO Max or Amazon: there you will find your necessary share of superheroes courtesy of Marvel or DC; teen dramas; documentaries about real life crimes; and a few comedies and soap operas. There will also be some exceptions, of course, but they are just a minority that disguises the expected uniformity of its content.

READ ALSO | “Titane”: the movie too controversial for the Oscar that is already on MUBI

Responsible for this phenomenon is the blessed algorithm that, to try to make it easy, encodes the features of consumer behavior to deliver what you want to see, give it in the yolk of taste. Did you play a “Spider-Man” movie? Well then the algorithm will show you many more “Spider-Man” and the like. Did you do the “Ugly Betty” marathon? Don’t be surprised that the platform offers you much more related products.

This introduction serves to talk about a platform that has decided not to give in to the temptation of the algorithm. Is named MUBI and it is specialized in cinema of all genres, nationalities and styles. From classic to experimental films, passing through independent films, documentaries and short films. A highly diverse offer and always selected with curatorial criteria.

the creator and CEO from MUBI is the Turkish Efe Cakarel, an engineer trained at MIT and Stanford, who later worked for Goldman Sachs, but who In 2007, he decided to create a film platform when, while in a cafe in Tokyo, he realized that he could not find a film like “In the Mood for Love” by Hong Kong filmmaker Wong Kar-wai on the Internet.. His cinephilia pushed him to this undertaking that just a few days ago, on February 14, he turned 15.

To learn a little more about MUBI, we spoke with Cakarel, who continues to lead the project at a time of frank expansion, beyond his work on the platform. This he told us.

—Unlike other platforms, MUBI works with a team of specialized curators, not with algorithms. Do you think it is a tool that is changing cinema as we know it?

Algorithms won’t change the art of cinema, but what they will change is the kind of movies being produced and the way audiences will discover new movies. What the algorithms do is try to understand what makes a movie a great movie, and what viewers want to see. But one of the wonderful aspects of cinema is that it is unpredictable. Each movie and each viewer is unique and cannot be reduced to an algorithm, to mere data.. Of course data can be useful, but becoming dependent on the algorithm ignores and even stifles what makes movies so magical.

—Is it a paradox that MUBI claims cinema in its purest form, but at the same time invites people to watch movies without leaving home?

We not only believe in the art of cinema, but also in the culture of cinema. And by that I mean the world that surrounds the movies, that interacts with the audience, that expands the conversation and the community of cinema. At MUBI we are dedicated to expanding the cinephile ecosystem wherever possible: bringing movies to theaters or online; giving away movie tickets through our MUBI GO app; publishing articles both online and in print. It is through the expansion of these channels for viewers that we make sure the art stays alive and engaging. So it may seem like a paradox (face-to-face / digital), but for us it is a way to support what we love so much.

—Speaking of which, what can you tell us about the project to open a movie theater in Mexico City?

We are really excited to be able to build the first movie theater there in Mexico and would love to have more around the world in the future. At the moment, the plans are progressing well. Soon I will be visiting Mexico again to visit the place, but for now we don’t have much more that we can reveal.

—If you compare the MUBI you founded 15 years ago (under the name The Auteurs) with the MUBI of today. How different are they? What changed and what did not change?

That’s an interesting exercise, and I’m happy to say that our vision has stood the test of time: to deliver the best of cinema to a global audience. What has changed, first of all, is that the audience has captured that vision, because when we started there were few who connected regularly. Second, is that we are increasingly able not only to address a global audience of moviegoers, but also to curate locally, expanding our expertise and our teams in various countries. This has made it possible for us to bring better films to different audiences and reflect what is happening in your local film scene. Finally, we have been able to expand the possibilities of our cinephile ecosystem: not only streaming movies, but also releasing them in theaters, launching our MUBI GO app, printing our “Notebook” magazine. That is, always thinking of new ways to reach an audience that is enthusiastic about movies.

-About “Notebook”How important is it to have a printed magazine in times when everything seems to be going digital?

It is more important than ever. We want to celebrate in every way possible, and attract an audience fascinated by its possibilities and its beauty. We had already been working on that magazine digitally, and the printed version –with a magnificent design and exclusive content– is something we wanted to achieve for a long time. We could say that the modern appreciation of cinema began with print magazines, so our magazine is both a tribute to what came before and an expression of hope and excitement for the future of the medium. Cinema is a physically beautiful art: the celluloid, the projectors, the seats, the popcorn, the noisy audience. And publishing this magazine is a way of acknowledging and celebrating that wonderful materiality.

—Recently they bought the German production company The Match Factory, one of the most important in independent European cinema. What does this acquisition imply for the future of MUBI?

MUBI has been a long-standing partner of The Match Factory and we have always admired the work they do. We recently worked with them on films like Apichatpong Weerasethakul’s “Memoria”, Sebastian Meise’s “Great Freedom” and Tatiana Huezo’s “Night of Fire”. Other collaborations include Pablo Larraín’s “Ema”, Gianfranco Rosi’s “Notturno” and Michel Franco’s “New Order”. In that sense, the businesses of MUBI and The Match Factory are highly complementary. We share the goal of bringing beautiful movies to movie lovers around the world. I am very happy with what has been achieved and I can’t wait to embark on this journey together.

—MUBI seems like a risky business in economic terms, but I understand that its numbers are more than good. What would you say has been the key to your success?

We propose a vision that is quite rare: a worldwide celebration of the art of cinema. So the key is to bring that vision to audiences around the world with clarity and consistency, doing it with authenticity and passion.. Being able to build a team that embodies these qualities has made our offering unique and compelling.

—Finally, I know that your favorite movie is “8 ½” by Fellini, but could you mention three of your favorites in recent years?

MUBI, the Netflix of auteur cinema: “A film cannot be reduced to an algorithm” | INTERVIEW