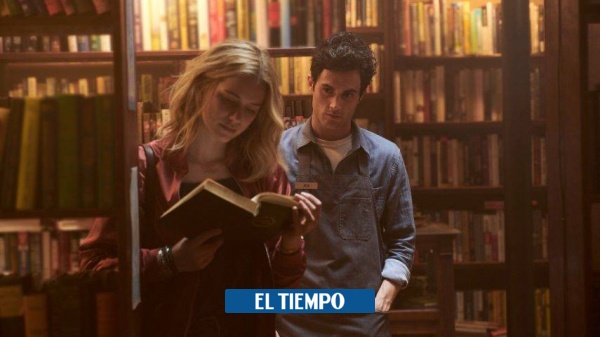 A new holiday bridge arrives and, perhaps, one of the most common plans will be to sit down to watch a movie or a series. Well, if you still do not know what to see, here are several recommendations of the main platforms of streaming.

Series and movies on Netflix

The third season of the thriller You It is one of the most anticipated releases of this season. The protagonists, Love and Joe, married and parents of a baby try to lead a normal life. But there will always be obstacles.

My name is another series that reaches the screens of Netflix. It is a new Korean production in which a woman seeks to avenge the murder of her father and her alliances with criminals and the police to achieve it.

Regarding films, the new ones this weekend are The forgotten battle whose story is framed by the Second World War in which “a pilot, a Nazi soldier and a recruit tragically intersect,” according to the review.

Four by four (film). An exchange of couples generates a deep crisis among a group of friends.

And one for children: The wonderful Halloween of Tibucán. A monster threatens to end Halloween and Tibucán has to face him to prevent it.

I know what they did last summer. The television series based on the novel and film of the same name hit Amazon Prime Video on October 15. It is the highlight of the weekend, in this format.

The movie Demonic is another great premiere, which is also in line with the Halloween season. The review of this production, according to the platform is as follows: “A psychologist and a police officer are investigating the deaths of five people who died while trying to invoke spirits.” It is starring María Bello and Frank Grillo and directed by Will Canon.

The waiter (film) revolves around the dreams of Rodrigo Sada, a waiter at a high-end restaurant, who aspires to become a millionaire to enjoy the luxurious lives of the diners he serves.

Jeremy Strong (left) is an ambitious son who wants the power of his father (Brian Cox) in ‘Succession’.

On this platform there are already new chapters of Doom Patrol, the first episode of Aquaman: Kig Of Atlantis was also released.

There is also the documentary: What Happened, Brittany Murphy, series that explores the strange circumstances surrounding the death of this actress, at the age of 32.

But perhaps the most anticipated for this weekend is the premiere of the third season of Succession, Sunday, October 17. The public has waited patiently for what will follow with the millionaire Roy family after patriarch Logan Roy has been hit hard by his son Kendall. The intrigues of this saga have earned this production important awards starring Brian Cox, Jeremy Strong, Kieran Culkin and Sarah Snook.

What Disney Plus and Star bring

This weekend the following films are released: Villaviciosa next door, Living is easy with eyes closed, Rec 2 (the third part will also be available throughout the week), Kingsman: The Golden Circle and The other side of the door.

The series that have been on the air since October 13 are Across the high school, Grown-ish (season 3) and DAmelio Show.