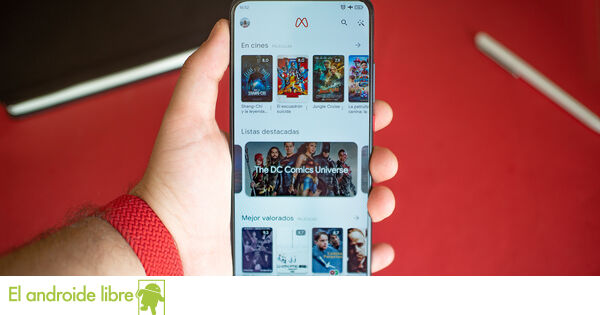 Moviebase is one of the Best Apps that you can find on Android to keep track of the movies and series you are watching or want to see in the future, as well as for rate and rank all the ones you’ve already seen.

It is a essential app for all those people who want to control the content they consume, although it is also a very good option to consult the names of actors and directors, as well as the works in which they have participated.

Moviebase has a minimalist and customizable design

The design of the application is one of its strengths, since in addition to having a minimalist and orderly aesthetic it allows to carry out a extreme personalization of the content you come across on the initial screen, although it is a feature that you will have to pay for.

On the other hand, the application It has several sections that can be accessed from the bottom bar, and in this you can find a section for series, searches, discover new content and access the one you have saved as pending. 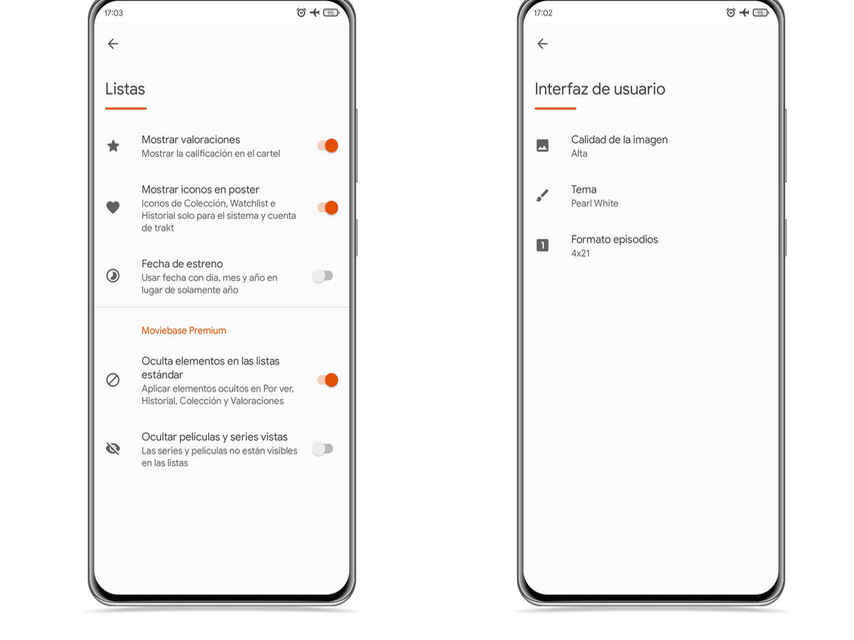 You can choose the background color of the interface, as well as the format in which the episodes of the series are named or the quality of the images it shows.

Multi-device, and with a most useful widget 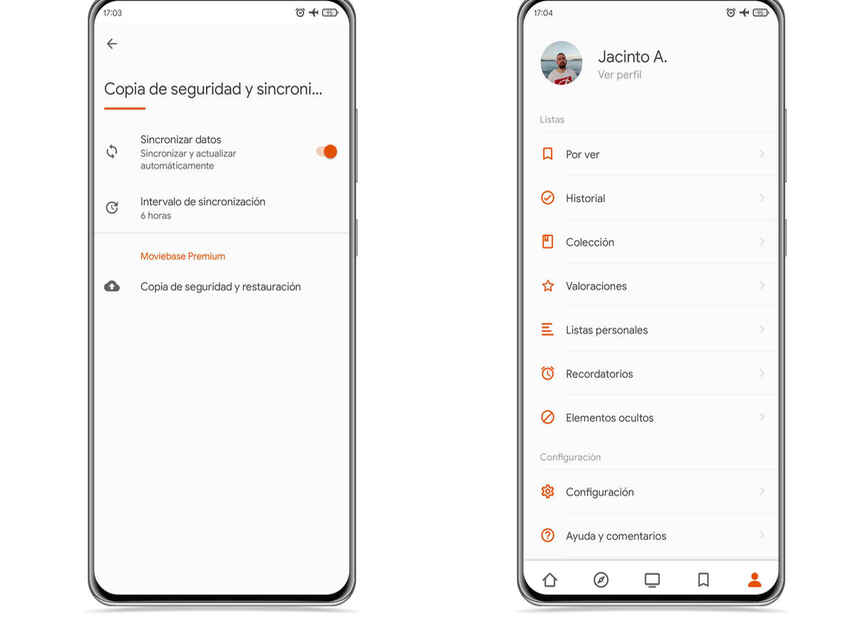 Moviebase is able to sync between multiple Android devices, and you can also connect your Trakt.tv or TMDB account to use your bookmarks and scores and you can keep track of the content you see.

The application has a most useful widget that will allow you to display different lists, such as the progress with the series you are watching, or the content to watch with the series and movies that you have marked as pending. 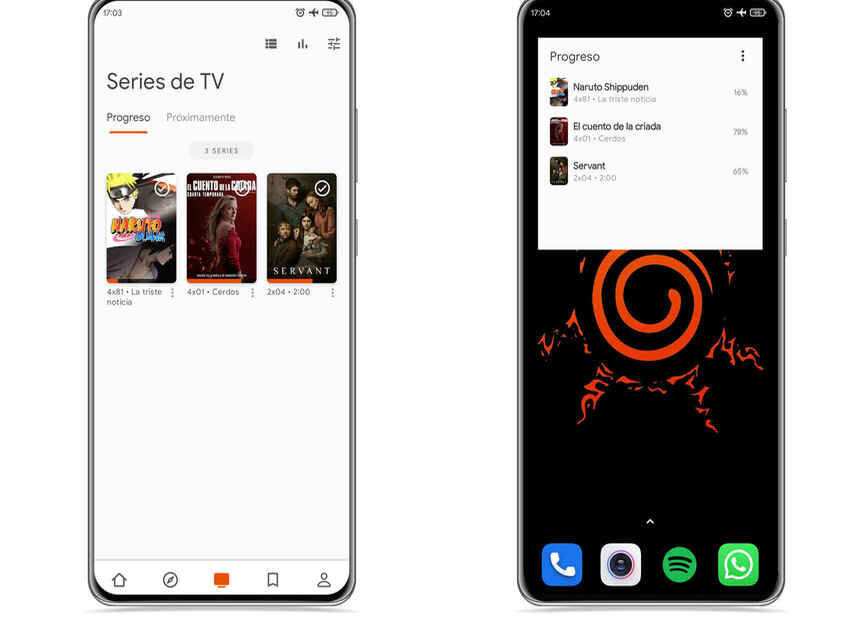 This is also fully customizable, and you can choose from the color to the way in which the episodes are arranged, and it is a very good option to quickly mark a chapter as seen, since when you click on an item in the list it will take you to the chapter card.

An operation that does not generate doubts 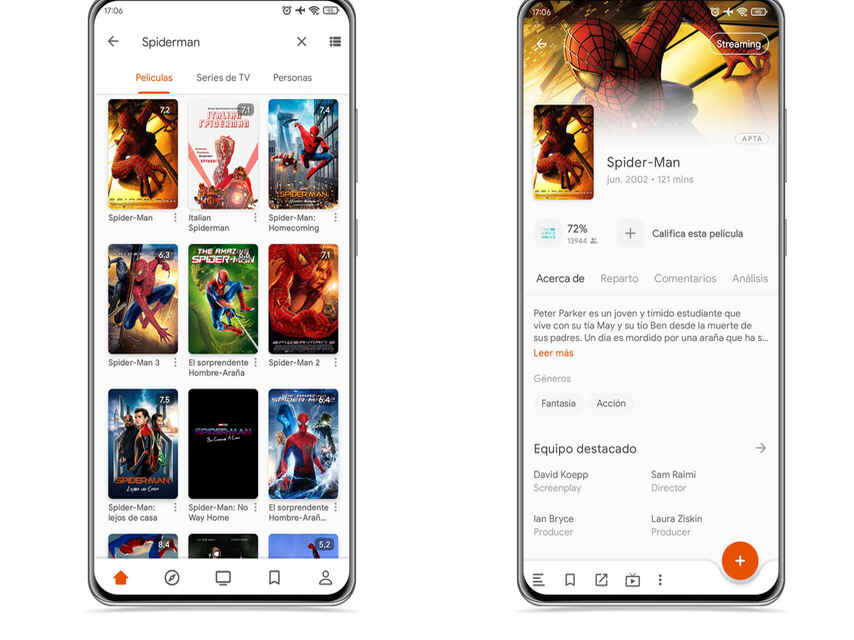 Each movie has its own tab in which the plot, the cast, and other data are detailed of the film as the year in which it was released, the film genre to which it belongs or its duration. Besides this, in most cases there are posters and high resolution images of the film, along with a space where you can put a note.

In the series this changes, since they are structured in several seasons, which in turn do so in several chapters. Accessing these to mark them as seen is really easy (especially if you use the widget) and also each of them has a complete description of what happens and in a space where you can rate them. 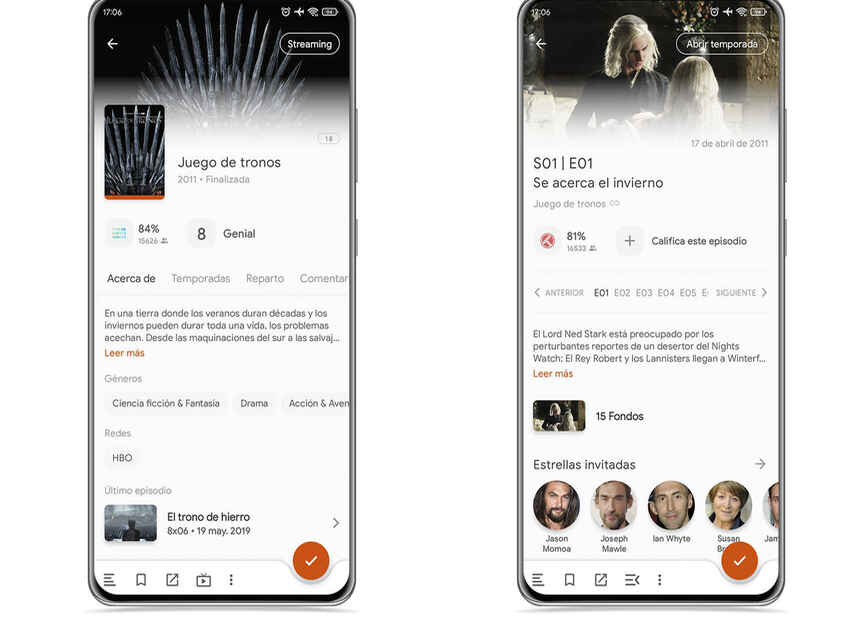 You can download Moviebase for free and Google Play, although if you are interested, you can access extra functions of the application by buying the paid version that will give you access to them forever.