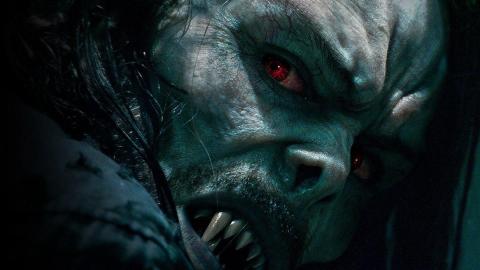 It’s no secret that Sony’s latest Spider-Man movie wasn’t the blockbuster the studio was hoping for whatever… The bad reviews from the specialized press took their toll on the premiere of Morbius that barely managed to reach 163 million dollars in collections worldwide.

A fairly low figure for the supposed blockbuster that they expected it to be. Nevertheless, Morbius went on to become an internet meme and taking advantage of this kind of “unexpected pull”, last weekend, Sony re-released the film from Jared Leto in theaters in the United States, with a result practically identical to the previous one.

We received a MORBIUS SURPRISE BOX. What will be inside?

But these two theatrical releases in just one year have not seemed enough to Ian Hinden, who declares himself a fan of the living vampire movie, and has started a petition on Change.org for Morbius to hit theaters a third time for somewhat surprising reasons, because according to him, he couldn’t go to theaters during the last revival because “he was doing other things”.

“Dear Sony, This weekend, excited fans around the world had the opportunity to once again see Morbius On cinemas. Although it was a great opportunity, there was a problem: we were all busy that weekend. Some of us were washing our hair, others were studying and others had already made plans.”

Comic review of Morbius: A vampire without fangs and without identity

“Please do not interpret this as disinterest on our part. If you release Morbius in theaters one more time, let us know, and we will go for sure. Unless something else comes up,” explains the supposed fan in the petition which accumulates more than 14,500 signatures at the time of writing this article.

Despite having tried to take advantage of the wave of memes caused by the film starring Jared Leto, Sony did not get the accounts to re-release the tape in theaterssince it achieved almost the same result as the first time: very few spectators.

Morbius has crashed twice at the box office, and there are still those who ask for another one