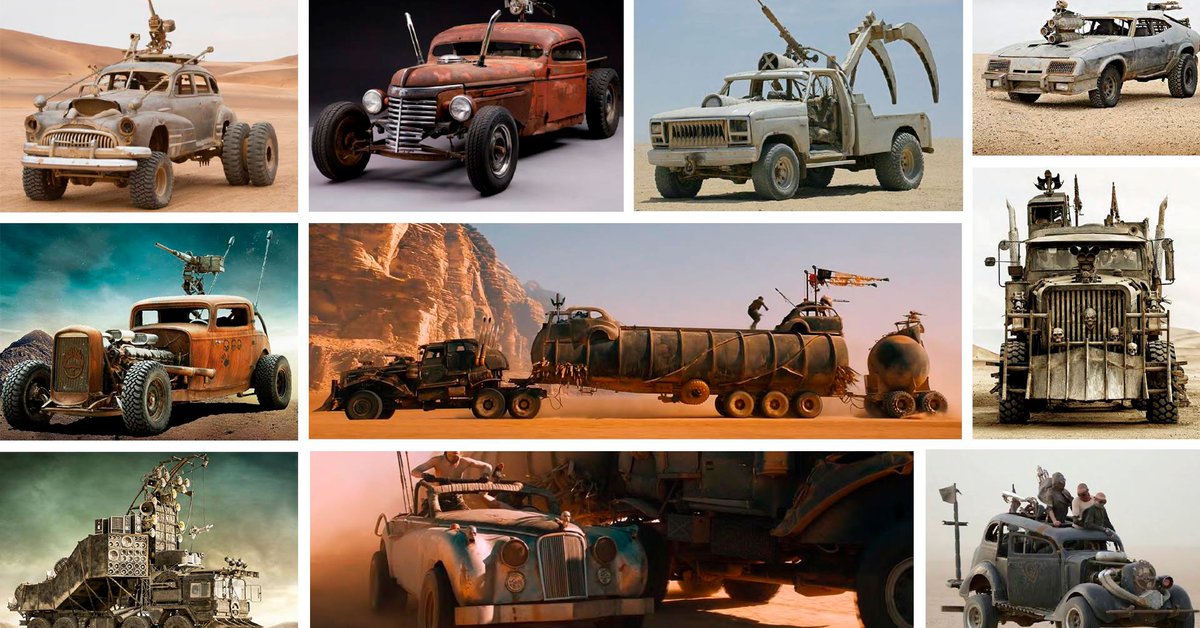 When the Australian filmmaker George Miller returned to his famous post-apocalyptic saga Max Max with the premiere of “Fury Road” in 2015, the vast majority of his fans were in awe of this impressive action movie that included some custom cars in an almost insane way and that they became as interesting as the performances of their cast led by Charlize Theron y Tom Hardy.

And this thursday Lloyds auction house announced that 13 of those epic vehicles that have survived the shoot will be available for anyone with enough money in a series of virtual auctions that will take place on September 25 and 26.

The Razor Cola, the car driven by the protagonist Max Rockatansky

The War Rig, the Doof Wagon, the Razor Cola, the Gigahorse and the Nux Car They are among the vehicles included, which once the sale is authorized can be sent anywhere in the world.

“The machines that were ahead of the end of civilization have been unearthed in the greatest find ever recorded”Lloyds notes in the batch description. And he adds: “Nitrous, harmful and senseless, heirs of hell, mark the strange ability of man to extract beauty even from what is designed for death and destruction, the art of power, the meaning of machines.”

The cars in this movie came out of the mind of the production designer Colin Gibson, who devised 150 vehicles of which 88 were considered “final cars” that ended up on screen, according to a 2015 article by Bloomberg. Many of those vehicles were meant to be destroyed in a specific way, and some were only partially functional. For example, some cars were only in reverse.

The US media that echoed this auction warn that there is still it is not clear in what condition the 13 available vehicles are, whether they can be driven or not, but there is no doubt that many collectors will want to have them in their garages even if it is to appreciate or display them.

It is not yet known what the minimum bids will be, but Lloyds made a clarification: “Payment can be accepted in any currency, including cryptocurrencies, as we anticipate the end of civilization. And a nitrous, hassle-free shipment can be arranged anywhere in the rest of the world. “

The mystery of the giant cobwebs in Argentina and Uruguay was solved
The Macklowe divorce: the breakup of a New York mogul couple ended in a multi-million dollar art sale
They released the trailer for “The Matrix: Resurrections”: all about the return of Neo
The United States Secret Service published unpublished photos of the 9/11 terrorist attack