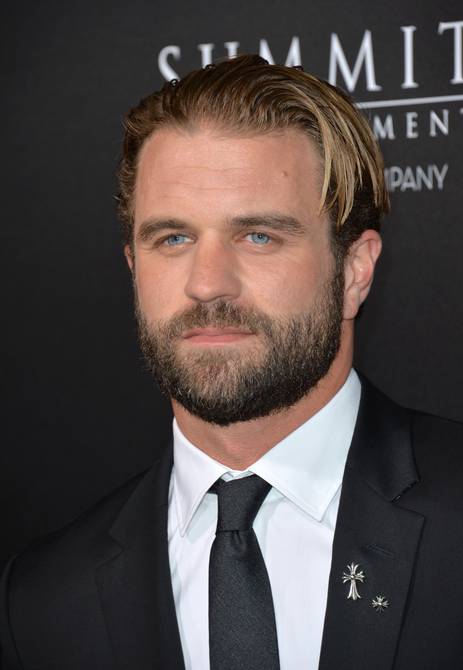 He is the son of famous actor Mel Gibson. At 30, he is emerging as one of the actors who are making their way in the competitive world of acting.

Unlike many Hollywood kids of late, who seem to be “awarded” modeling contracts and film roles, Milo Gibson, son of Australian-American actor Mel Gibson, actually made a concerted effort to live a life. humble out of the spotlight, despite bearing the surname of one of the film industry’s most notorious filmmakers.

Mel Gibson had seven children with Robyn Denise Moore, an Australian nurse he clicked with through a dating service. But definitely, Milo is the one who most resembles his father.

He was born on November 16, 1990 and his step to acting, although he did so only in 2016, was with his debut in To a man (Hacksaw ridge) along with Andrew Garfield, tape directed by Mel Gibson himself.

At 30 years old, the resemblance to his father is evident. The features that stand out the most are his huge blue eyes. Currently, his acting career is promising and he has begun to break hearts in his public appearances.

Milo landed his first starring role in The devil squad (All the devil’s men, 2018). Then they came The Palos Verdes tribes (2017), Gangster land (2017), Hurricane (2018), Breaking & Exiting (2018) and The Outpost (2019). His start in the cinema was not in his plans because his trade as an electrician allowed him to earn to live without frights, but he was not happy with that trade.

In interviews he has had, film critics and television presenters highlight him as a “Balanced young man” who likes action movies. “Acting was definitely something that came from the bottom of my being, but as something that ‘I would like’ to do. But one day I thought that I don’t want to reach 60 and be sorry for not having done it ”.

In June 2021 it will be released in the US. Under the stadium lights (Under The Stadium Lights), a film belonging to the subgenre of faith-based sports films. A drastic change for the kind of movies Milo had been working on. There he shares roles with other actors such as Laurence Fishburne.

The two star in this inspiring true story of a Texas high school football team that beat all odds to win the state championship. After a crushing loss ended their previous season, everyone was counting on the Abilene Eagles to be out of contention for the title. Facing personal doubts and challenges both on and off the field, the guidance of the chaplain of his team (Gibson) and a surrogate father figure (Fishburne) to see what they can accomplish when they stick together as a team. In this uplifting story, the Abilene Eagles will once again fly in an incredible comeback that will be remembered forever in the history of the sport. This story is based on the book Brother’s Keeper, by Al Pickett and Chad Mitchell.

His father Mel has been like a shadow to guide him and has been the one who advises him at all times. “When my brother Louie and I were kids, now he’s a director, we made home videos all the time and I was the actor and he directed. So that’s when it started, but then I walked away from it, it wasn’t something that was always in the foreground for me. I think I wanted to try other things that interested me. I was never pushed into acting by my father, ”he says in Variety.

On Flickeringmyth.com account: “My dad was always a great advocate that we do what we like to do the most. That has insisted on us. And I did that. I had a lot of different jobs, but they weren’t things I wanted to do for the rest of my life. Now I have a great passion for acting ”.

Milo also dabbled in the world of modeling when signingAt the age of 27, she signed a contract with the modeling agency Wilhelmina Models, making her debut in the W magazine edition. Her childhood was spent in California, where she played for her school’s soccer team. A few years after high school was a masseur and then another five years like electrician. He studied at the Santa Monica theater school.

Milo is related to the glamorous blonde Lindsay Goodstein. The couple do not hide it and often share moments on Instagram.

We will see it soon in Manifest West, film directed by his brother Louie Gibson and Joe Dietsch. The story is about a family that decides to live without an internet connection and ventures into the untamed wilderness of North America.