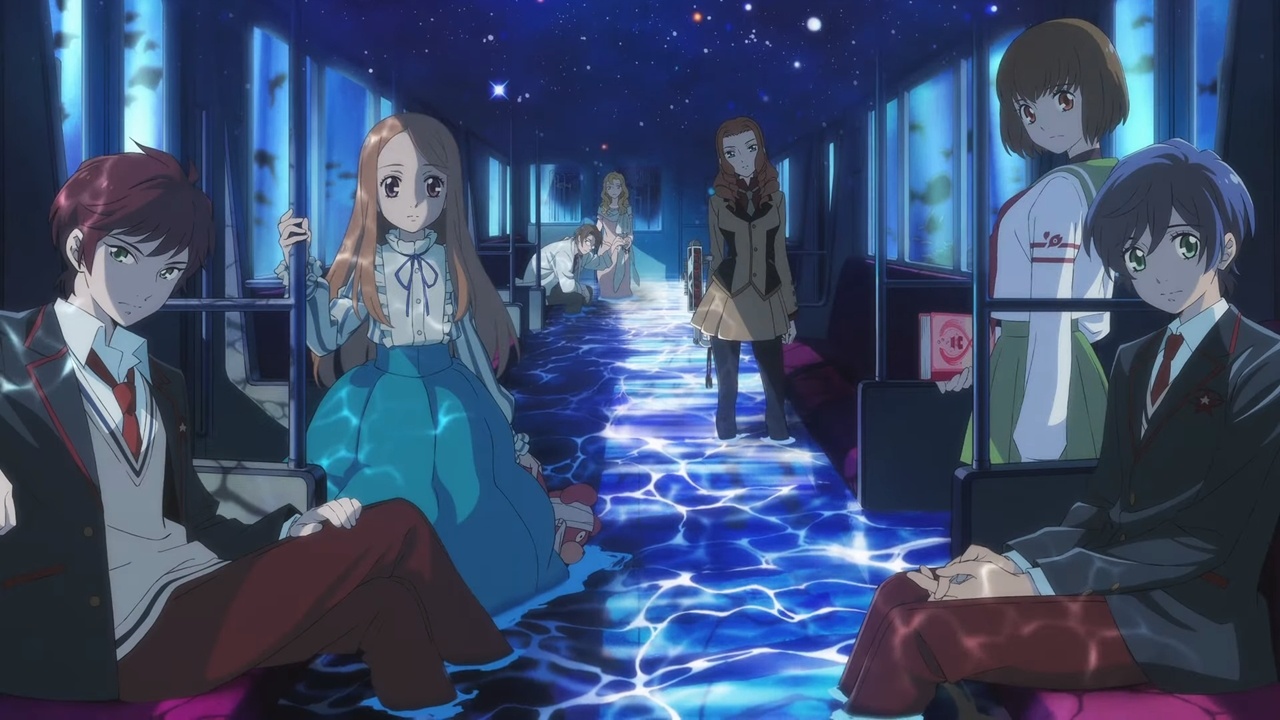 On the official site for the tenth anniversary of the director’s animation project Kunihiko Ikuhara, Mawaru Penguindrum, a promotional video was published for the first film of the film project Re:cycle of the Penguindrum. The video announces new members of the production team, the returning voice cast, and that the first film will be released on April 29, 2022 with the title Re: cycle of the Penguindrum: Kimi no Ressha wa Seizon Senryaku. The film project will reissue all twenty-four episodes of the original anime, but will also add new sequences and new characters.

For the Takakura family, fate is a constantly turning wheel, passionately pointing in their direction with equal tides of joy and sadness before moving on to the next wish-maker. With their parents missing, twin brothers Kanba and Shouma live alone with their beloved little sister. Himari, whose ill health cannot deteriorate further. On the day Himari receives permission to temporarily leave the hospital, her brothers take her to the aquarium to celebrate, where the supposed fate of the family is manifested by her sudden collapse.

Yet when Himari is inexplicably revived by a “penguin hat” from the aquarium gift shop, the gears of fate continue to faithfully advance. However, with his miraculous recovery, comes a cost: there is a new entity within his body, whose condition to keep his destiny at bay sends the boys on a futile search for the mysterious “Penguin Drum”. In their quest, the boys will have to follow the threads of destiny that lead from their own shocking past and into the lives of other eager vying for the Penguin Drum, all hoping to land in their chosen destination.