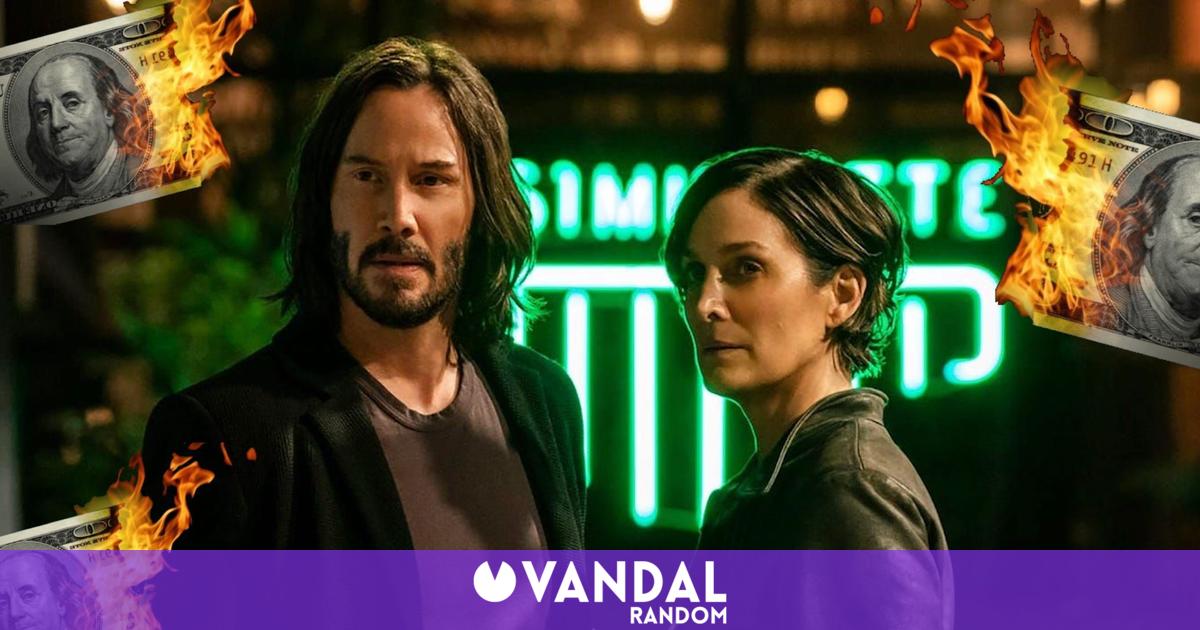 Matrix Resurrections has managed to exceed 140 million at the box office since its premiere in theaters and HBO Max -in the United States-, generating numerous debates about its profitability and his meaning as science fiction movie. While the specialty dash and the public is divided, it seems that the return of Neo and Trinity, directed alone by Lana Wachowski, It has not lived up to what Warner expected.

Matrix Resurrections It was, from the very beginning, a risky bet from Warner Bros. And, as confirmed in Hollywood Reporter, it seems that they have ended up losing after confirming that the premiere in China has not gone as expected. However, we are talking about a colossal overproduction in which 190 million dollars would have been invested, more promotion expenses, a huge amount in times of coronavirus and economic uncertainty. Furthermore, the success of Spider-Man: No Way Home, one of the highest-grossing films in history, would have given him the finishing touch.

We also have to comment that Matrix Resurrections in the United States are released simultaneously on the platform of HBO Max, something that has led the film to achieve some very poor $35.8 million in the cinemas of the country, a figure that added what has entered worldwide, would take it to reach 140 million. Very little for the major. If we discount what the exhibitors will take away or the expenses in marketing, Matrix Resurrections would have to raise double or more than it would have cost. And that number is a long way off. For this reason, when Warner began to make numbers, it focused on the profitability of the film in the Chinese market.

The film would have lost Warner more than 100 million dollars

Matrix Resurrections premiered in the Asian country last Friday, January 14, and barely got 7.5 million dollars in its first weekend. Why did you stick it there? Analysts believe there are several factors. The first of them, the idea of ​​the general disinterest in the saga. And the second, the circulation of pirated copies extracted from the digital version of the film on HBO Max. The production starring Keanu Reeves does not have enough hook to conquer the public. Considering the plot and all the difficulties experienced by the film, it seems that the cinematic universe of Matrix could have ended here.

Dear actor who achieved fame with Pedro Infante lost his fortune for this reason
Spider-Man: No Way Home | Has Willem Dafoe confirmed his participation? | Tomatazos
Spectacular waste in the new MOONFALL trailer