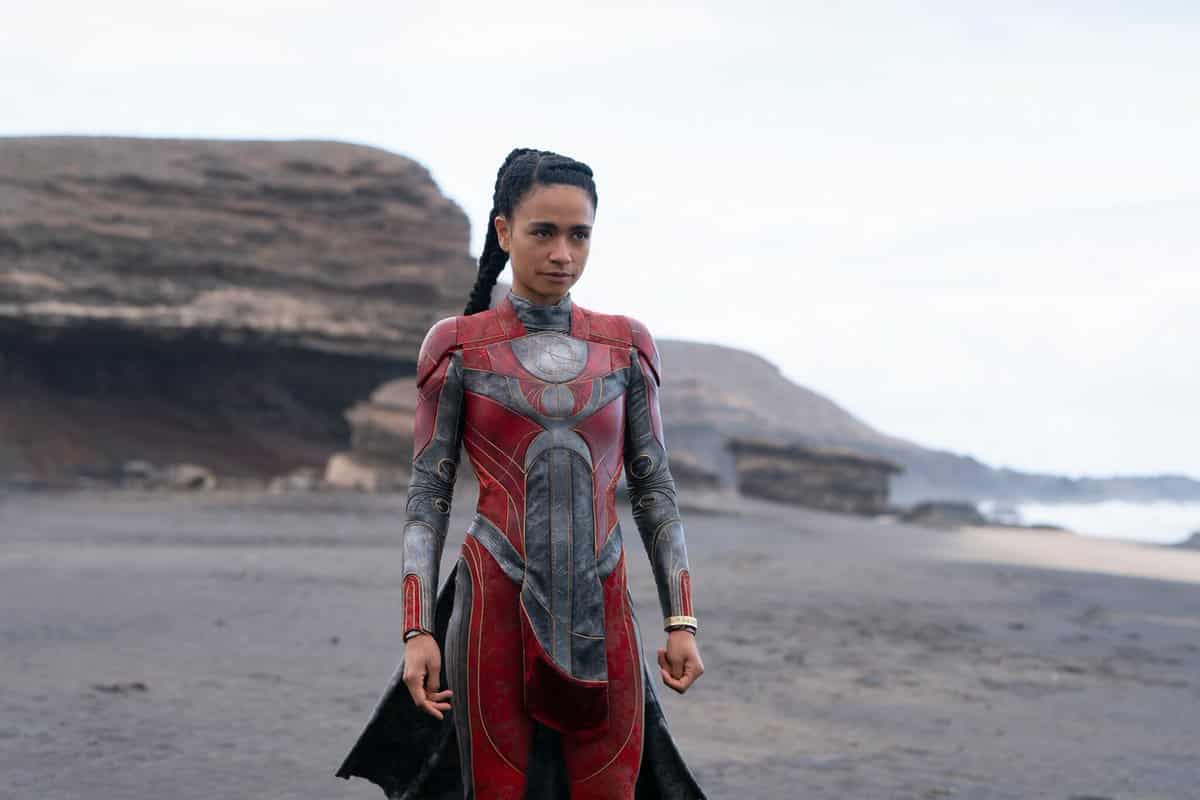 Lauren Ridloff, who will play Makkari, in Marvel’s The Eternals, spoke about what it means to give life to the first deaf-mute heroine of the cinema.

The Eternals, the next big premiere of Marvel Studios, is already very close to reaching the cinemas. However, a few days after its first publication, some special aspects do not cease to surprise, as well as topics of conversation, as there are some points of the feature film that mark a new era in cinema, showing a new concept of inclusion. In fact, one of the examples was cited recently.

Salma Hayek will give life to Invite, the leader of the group that will star in the story. Thus, it will be the first time that a woman leads a lineup of superheroes on the big screen. While the version of Captain Marvel made by Brie Larson occupy a command position in the future of The Avengers, the role of the Mexican actress was put forward marking the milestone.

In the same way, another member of the cast, Lauren Ridloff, also represents an important inclusion in the industry. The celebrity will come to UCM in the skin of Makkari. The character, in the comics, is a man, but now not only but a woman, but a deaf woman.

The star spoke about his arrival in the world of superhero cinema. “To be honest, I don’t know much about how they made that decision. But I love that they decided to make Makkari everything that is not in the comics: He’s a huge guy, let’s find someone small. He’s blond, let’s find someone with black hair. It’s a man, let’s find a woman. You can hear, and now the character is deaf “, he claimed.

A new look at inclusion

Lately there has been a lot of talk about the word inclusion, referring to the permission of artists of another ethnic group or nationality in the complex Hollywood. However, it is really now going a step further, including deaf-mute people to the industry. The mission for the production team should not have been easy, but Chloe Zhao dared to give way to this group.

Likewise, Ridloff confessed what it was like to get into the middle and also affirmed the legacy he hopes to leave.

“Growing up, she didn’t dream of being an actress. I couldn’t see myself on the screen. As a child, I thought I was one of the few deaf people who walked the Land. Now, however, as an adult I am aware that there are at least 466 million deaf and hard of hearing people. I’m not the only one. And that’s what it means to have a deaf superhero – a lot more people will see a lot more possibilities.

My two sons, who are also deaf, will grow up in a world where there are superheroes who are deaf… it means that they will be able to dream a little more wildly “added.